How do you build a recipe for a beer style you’ve never tasted?

How do you do you know it tastes right? 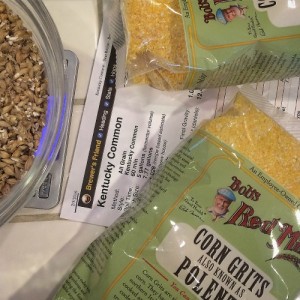 I decided to brew a Kentucky Common, a historic style that was recently added to the BJCP guidelines. I didn’t pick this style because my friends don’t know what it should taste like so if it sucked, I could easily blame it on bad historic records.

No, I picked this style because it had elements of homebrewing that I never tried before.

The new BJCP guidelines provided a quick historical review of the Kentucky Common. It dispels the notion that the beer was brewed with a sour mash. It does describe the beer as a quick, inexpensive beer. And 6 to 8 days from mash to kegging? Damn that’s quick. 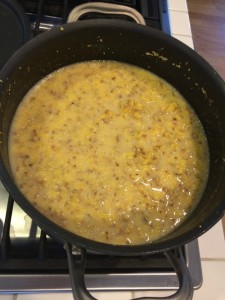 Armed with the historical specifications, I set out to build my recipe. 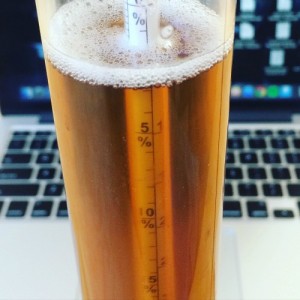 This was a two-step mash, a combined cereal and standard mash

Soft boil = The mix was thick and could not maintain a rolling boil. It would build heat within the mash and create mini surface eruptions. In trying the keep the entire mash from exploding, I was constantly adjusting the heat up and down while stirring.

While the cereal mash was in the 15-minute rest I began the normal mash.

I pitched the yeast at 66 degrees and let the temperature rise to 68 degrees and held at that temp for 2 weeks and then kegged. 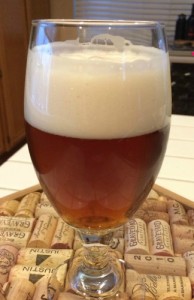 Straight up copper, a few shades lighter than a beer like Newcastle. While it’s still within the BJCP guidelines, it’s a little darker than I was going for. The photo looks darker than it really is.

Malt forward with a clean bitterness.  Neither the malt or the hops take over the beer. Clean finish with little to no residual hop bitterness.

The body is light, but not hallow. The beer needs to be on the high side of carbonation.  I kegged this beer, and tasted as it carbed. Very crushable at just under 4.5% ABV

The flavor and mouthfeel give you the impression that this is a higher ABV beer. I’m very happy with the end results and have received positive feedback from my friends who have tried it.

On the next batch I will change out the Carafa, for brown malt.  This was a suggestion from the head brewer and owner of Bootleggers Brewery (Thanks Aaron and Robert for the feedback).

I will also try to simplify the cereal mash by using only one vessel for both.

Have you tasted or brewed a Kentucky Common? If not, think you’ll give one a shot now? 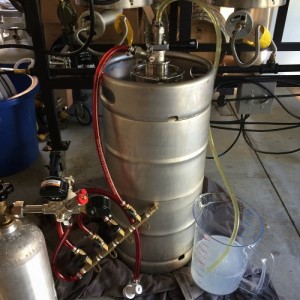