Looking for something different, yet traditional for your next Oktoberfest party? Look no further than to the German Festbier. Even though many think the darker, more malt forward Märzen style is what is served, the Festbier has been the main focus of current Munich Oktoberfest parties.

As many beer aficionados already know, the whole Oktoberfest celebrations all started with the marriage between Prince Ludwig of Bavaria and Princess Therese of Saxony Hildburghausen on October 12, 1810. After the great success of that marriage party, these festivities became an annual tradition. Talk about a rad anniversary party! The first years of this festival probably saw a beer closely resembling a Munich Dunkel.

Since at this time much of Europe was all things pale lagers, the head brewer at Franziskaner, Gabriel Sedimayr, in 1872 decided to take advantage of these changing times. He brewed an amber lager, which was based on a Viennese recipe. It was called Ur – Märzen, or “original Märzen. Like always, other breweries learned of this and began to replicate it. This is was we know Märzen as today.

It would be 100 years until the beer actually changed for Oktoberfest. Due to the original Märzen being such a filling beer for festivals, the Festbier was in introduced as the beer for Oktoberfest. Twenty years later around the 1990s, Festbiers were poured at Oktoberfest.

Another reason Festbiers were the answers for these annual fests is money. Brewers wanted to serve beer that people would continuously order. With an easy drinking Festbier, patrons of these fests are more likely to drink multiple steins as opposed to just one or two Märzen. 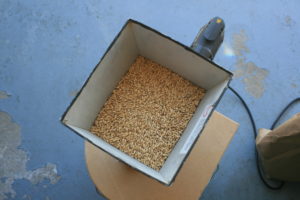 Milling grains prior to brew day.

A Matter of Timing

I am a firm believer that Oktoberfest style beers and Pumpkin beers are on the shelves way too early these days. I understand the need for a brewer wanting to have his/her beers on tap and out of fermenters. Beers in fermenters are not making them money. 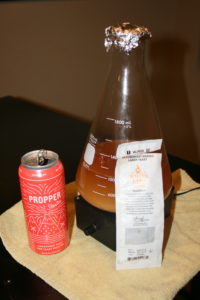 Making a starter with Propper from Omega.

Just because these beers are out earlier and earlier these days, does not mean we have to buy them just yet. I usually hold off to brewing these styles until mid-August or so. 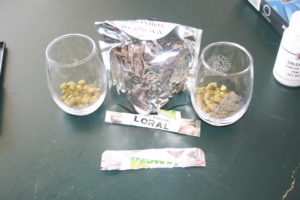 Using up hops on hand. 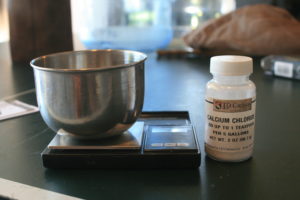 This way I can still enjoy them when the weather is cooling down a little in late September and October. I would also like to have a few for Thanksgiving, if at all possible. 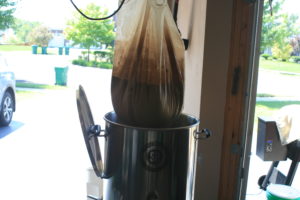 Using the Brew Bag as a filter for the grains. 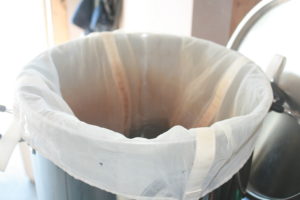 Check out the BIAB Brew in a Bag process here.

My good friend, Brian, decided to brew a Festbier a week ago. While brewing, he snapped a few pictures and sent them my way, along with his recipe. 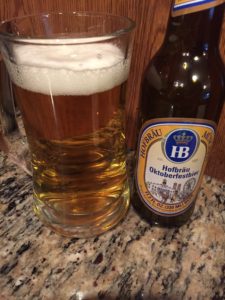 Drinking a classic while waiting for Brian’s.