How to Make Ginger Beer at Home

The sweet and peppery fermented drink is exceptional for mixing with cocktails or to drink on its own.

Ginger beer is a naturally fermented beverage made with three ingredients, ginger water and sugar. The fermentation occurs from the bacteria and yeast found on the ginger. Otherwise known as lactobacillus.

Lactobacillus is found on all types of foods and it’s the same bacteria that gave us the ability to make pineapple tapache.

While most supermarket ginger beers are non-alcoholic the version we’re making today has a tiny bit of alcohol just under 1%, but at the end of the video, I’ll show you a perfect fall cocktail, a tasty apple cider Moscow mule recipe using our ginger beer.

The first step of making ginger beer is to make what is called a ginger bug. It might sound gross, but you can think of it as the equivalent to a sourdough starter for making bread.

We use it to build up the yeast and bacteria colony so that we’re able to ferment the gingery liquid into ginger beer.

For making the ginger bug, you’ll need a clean Mason jar and then rough chop, 10 grams of ginger skins and all. It’s a good idea to use organic ginger so you can ensure there’s no pesticides on it.

Next, add 10 grams of sugar, any sugar will do, but I’m just using table sugar. Then add 250 milliliters of water to the jar.

Now give it a good shake and mix everything up and cover it with a napkin and a rubber band. Or if you have fermentation lids, you can use that this one is cheap and I’ve linked it in the description. 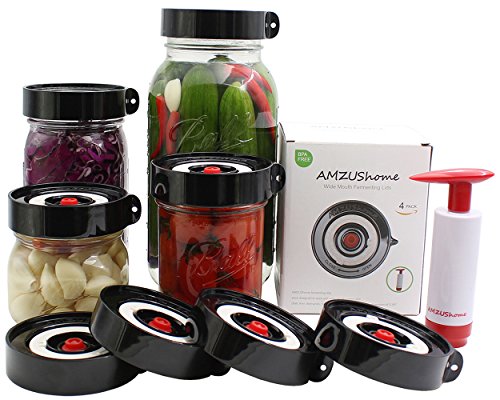 Either way, we want to allow the CO2 created by fermentation to escape, but not let anything else in. Set that on your counter at room temperature for one day.

Now, just repeat that process for the next three to four days, same amounts as before 10 grams of sugar, 10 grams ginger, until the ginger bug starts to foam up like this.

That foam is a sign that the yeast is doing their thing.

Do you have a favorite cocktail that uses ginger beer? Let me know. I love Moscow mules. And if you love rum, a dark and stormy is always a great option too.

Once the ginger bug is foamed up, we can now prepare the ginger beer. In a small stock pot, add one liter of water and turn on the heat. Once the water is almost to a simmer add 100 grams of sugar and 30 grams of chopped up ginger again, skins and all. Bring to a simmer and set the timer for five minutes to infuse.

After the five minutes, strain out the ginger and let the liquid cool down to room 10. While that cools down, go ahead and strain out 50 grams of the ginger bug liquid, and set that aside.

And once it’s cooled down, you can combine those two.

Now pour that into a fermentation grade bottle, by putting the ginger beer into a bottle, the ginger will continue to ferment and it will build up carbonation.

Close it or cap it and set it aside for three days at room temperature to build up pressure and then throw it in the fridge to chill.

For longterm storage, you can put the ginger bug in your fridge and it will last indefinitely. When you want to make more ginger beer, take your ginger bug out of the fridge and feed it for a few days until it starts to foam up.

You’ll just do the outline process again, and you’ll have an easy ginger beer. And once the ginger beer is chilled, it’s ready to drink.

This ginger beer has a spicy aroma. It’s slightly peppery and sweet. You get a bit of a warm bite and a little sweetness as well. You have to try making this at home for yourselves. It couldn’t be easier.

You can add additional sugar when making the ginger beer if you want more sweetness. You could also add a little more ginger while steeping to increase the ginger flavor.

For me, this recipe is just right. Perfect for cocktails. And now I’ll show you one of my favorite fall cocktails, an apple cider Moscow mule.

For that, I had four ounces of apple cider one and a half ounces of vodka, juice from quarter of a lime. And then top up with a ginger beer. You could even add a little bit of hard cider to this as well.

My apple pie hard cider would go perfectly with this cocktail.

And that’s it. Cheers and enjoy.

If you have any questions about making ginger beer, be sure to let me know, and don’t forget to subscribe for more videos like this.