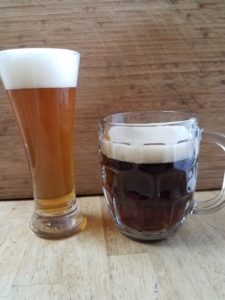 Let’s talk Style. No, not beer styles – fashion. We’ll get to the beer later.

Have you ever seen someone who still wore those clown-width neckties from the 70s? Or that guy who still rocked the MC Hammer harem pants? Or skinny jeans? Have you ever been that guy? Don’t answer that last question.

The point is, fashions come and go. This is as true for beer as it is for clothing. IPAs have been a trend in the American Craft Beer scene for a few years now. It seems every microbrewery and brewpub has a beer they playfully label as “Toxic” or “Mega-Bitter.” And, of course, we’ve all experienced that one guy who seeks out the bitterest IPA he can find, then raves about how he just loves that hop bite – once he’s turned his face right-side-out, that is.

I don’t mind this trend. Brew and drink what pleases you, that’s my motto. And I will cheerfully confess that there are times when I crave a good punch in the mouth from some Centennial/Cascade-infused refreshment.

Having said that, it should be noted that a hop-forward beer shouldn’t be obnoxious. Bitterness simply for the sake of bitterness doesn’t do a beer justice. It’s like the models in fashion shows. Who, besides a comic book supervillain, is going to wear one of those ridiculous head-to-toe plaid suits? Still, there’s no reason you can’t wear a sharp, muted check jacket to the office next week.

There are techniques for hopping beer that can make bitterness subtle and sophisticated. 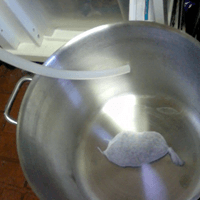 I know it looks like a mouse, but it’s really a hop sack

These hop techniques, and others are the accessories to your beer’s wardrobe. You wouldn’t want to whirlpool every batch, but you wouldn’t wear a shirt with cufflinks to a beach party, either.

But enough of hoppy beers! Let us not limit ourselves to two or three variations of a single style. Not when the world of beer contains a nearly limitless selection of colors and flavors to be derived from two-row barley.

Grain on the Brain

If you look at the BJCP Style Guidelines, you’ll notice some trends in the descriptions of all the various styles. One of them is the malt presence in the aroma and flavor. Even hop-forward beers need a strong malt backbone for balance. So what I’m saying is, whether you’re wearing jeans and a polo shirt or a three-piece pinstripe, you still gotta wear a belt and underwear.

Creativity in hop selection vs. malt selection can create some interesting combinations. American IPAs can have an SRM between 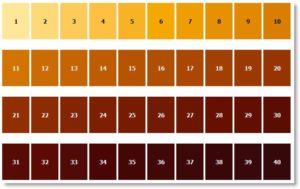 6 and 14. That means some darker-kilned grains are being used. And that SRM overlaps the ranges of what are considered “darker” beers. An American Amber can be in the 10-17 range. Irish Reds can be between 9-14. Those darker colors come with flavors, such as coffee, toffee, caramel, and toast/biscuit.

Just as a complete wardrobe has a variety of fabrics and accessories to mix and match, when malt is a beer’s featured signature, some lovely taste combinations come forward.

Blondes Really Do Have More Fun

Malty beers needn’t always be dark. The characteristics of blonde ales are variable, giving a brewer some freedom to get creative with malts. Bread, toast, biscuit, and wheat are all acceptable flavors for a blonde, and a light hop of any variety can be a complement to the malts. Ferment with a light American, fruity English, or Kölsch yeast, and that blonde will have a real come-hither appeal.

Don’t Be Afraid of the Dark

We all have our various wardrobes for work, relaxing, hanging with friends, or a night on the town. In the same way, malty beers put on the Ritz with dark crystal malts, chocolate malt, black patent, and roasted barley, to name a few. Flavor, aroma, color, and mouthfeel are all waiting there in the dark. Here’s what to look for as you tailor a dark beer:

A classic watch or a fashionable tie pin aren’t essential everyday accessories. But knowing how to use them to enhance an outfit can make a big difference. So, too, with our grains. Knowing the profile of darker-kilned grains will give us the taste profile we want, but getting the most out of them takes some technique. Here are some ways you can enhance the darker-kilned malts and specialty grains: 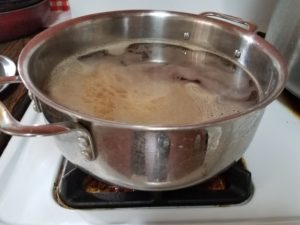 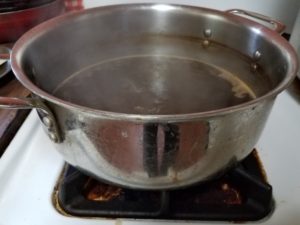 Two equal sparges at 175 for 15 minutes each

Use 1 Tsp. Calcium Chloride in the mash

As I said at the top, brew what you like, and drink what you like. There’s room for hop-heads and malt-heads in the vast world of homebrewing – just like there’s room in our closets for tuxedos and T-shirts. We can rock all the styles, as long as we apply some tips to maximize them and make them stand out.