How to Brew American Amber Ale

American Amber Ale is a middle ground between an American Pale Ale and American Brown Ale.

While the American amber ale is filled with flavor and aroma of American hops, the malt is the real stand-out that differentiates it from brown ales and pale ales. There is a notable caramel/toffee character to am American amber ale that is from the caramel or crystal malt additions.

Typically, 10% of the grist is made up of these caramel or crystal malt. The truly American part of this style largely comes from the American hops, with its citrus and piney attributes to the aroma and flavor of the beer.

During the early days of American beer brewing, a beer was labeled “amber ale” in a very broad sense and was included with the pale ale style.

American brewers often would classify and label beers based on their color characteristics; ie: dark, brown, amber, and pale.  This idea covered other styles with a multitude of attributes including Scottish ales, Irish Red ales, extra special bitters (ESBs), and German alts.

As Ray Daniels points out,, “American Amber Ale is a phrase first used by startup American microbrewers in the 1980s as a simple beer description for consumers, but it soon found acceptance as a formal style name.”

The color of an American amber ale should be, of course, amber as the name indicates. It can also range from coppery brown into beginning hues of red. A large off-white head should persist. The beer should be clear, unless dry hopped, which can create some haze.

The aroma of moderate maltiness can balance or even hide the hop aroma completely. The malt aroma will carry a caramel quality. Hop aroma can be low to mid-range. Aroma can be greater depending on the late kettle additions and dry hop additions.

Hop aroma is usually citrusy. Esters can range from medium to none at all. Beer should never contain any diacetyl.

Malt flavors will be medium to strong with malty sweetness at the front of the palate and develop into caramel flavors. Moderate to higher hop flavors showcase American varieties and often citrusy characteristics are popular for the style.

The combination of the malt-caramel and hop character can linger a bit. The finish should be medium to full and diacetyl should never be detected.

The mouthfeel is smooth with moderate to high carbonation and medium-light to medium body.  Stronger versions may contain some alcohol warmth to the palate.

When it comes to pairing an American amber ale with food, the balanced malt and hop profile really helps to pair the beer with food.

Tips for Brewing your own American Amber Ale

The grist for an American amber is usually some sort of American pale malt; usually domestic 2-Row. The base malt should make up anywhere from 85-98% of the grain bill. Crystal malt will add complexity, depth of character, and color to this style.

The bittering hops will have a wide range depending on the total alcohol of the beer. The bigger the beer, the more bitterness the beer can handle without being an overly bitter beer.

An American yeast strain that is clean, neutral, and well attenuating is probably best for an American amber ale.

American Amber Ale the By the Numbers

I’m Martin Keen taking The Homebrew Challenge to brew 99 beers in 99 weeks and hopefully one very delicious ice cream beer. And before we get to discussing how to make that ice cream beer, let’s talk about the style of the week, which is American Amber ale.

You’ve probably had an amber ale or two, the styles quite ubiquitous, but also quite ambiguous. There are quite a few different ways that this sort of beer can go. But in general, you’re looking at a beer that has a malty backbone, notes of caramel in it, and also citrusy flavors from the hops.

So that brings us on nicely to a recipe design, looking to build a beer here with an original gravity of 10 51. And the base malt for this beer is pale 2 row malt. And that comes in at 76%.

Now you would typically add some kind of crystal malt into an American Amber. I’m using crystal 45 at 10%. I’m also adding in 10% of victory malt. Now you can also add in a roasted malt to this just in a fairly small quantity. So I’m going to use special B at 4%

You know, over time I’ve done quite a lot of little improvements to my unfinished basement here to make it more of a home brewery. But one thing I haven’t addressed is this disgusting floor.

It’s just a concrete floor. It’s always dirty, no matter what I do to try to clean it because it poress, it like sucks. It, anything I spill onto it. So if you’ve got any better ideas of what I can do to this thing, let me know in the comments. (On youtube)

Now a little while back, I got an ice cream maker and like with most things, it wasn’t long. And till I was thinking how I can incorporate beer into this thing.

And I found a recipe for beer ice cream, that’s regular ice cream that features beer in it on The Homebrew Academy. So full credit to them for the recipe.

So let’s go back a little bit earlier in the day and show you how I put this recipe together.

Welcome to this week’s episode of Martin’s cooking show. This week, you will need eight ounces of flat stout beer. I highly recommend the milk stouts recipe from the Homebrew challenge.

And now the best bit, whisk in the beer. Transfer into an ice bath until it reaches 70 degrees fahrenheit, cover it up, place in the fridge until it’s good and cold.

Now as my grain basket is draining behind me. Let’s talk a little bit about hops. We’re looking for an IBU of 30 for this beer, and really the emphasis on the hopping is all about the flavor and aroma hops. And we’re looking to really pull in a bit of a fruity citrusy taste to this bit.

Hops: So I’m going to use as my bittering hop Centennial, and I’m going to get about half of my 30 IBU. So about 15 IBU through that bittering hop, then with 10 minutes to go, that’s when I’m going to add one of my favorite hops, which is Amarillo, I just absolutely love the smell of this one.

So I’m going to put a one ounce bag of Amarillo in a 10 minutes and then five minutes to go. I’m going to add half an ounce of Centennial. 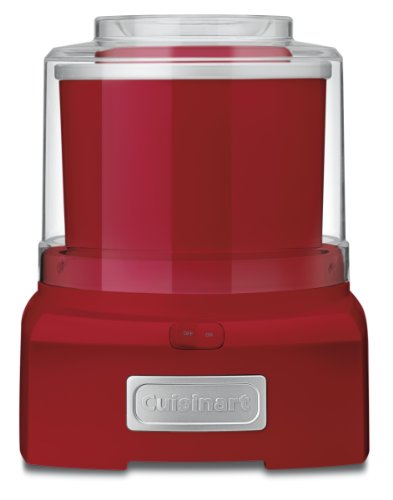 So back to the ice cream, what I’ve got here is that ice cream make-up from Amazon. Now this is nothing fancy. There’s no refrigeration or anything that goes on in this. It basically just spins and churns.

And what you get is you get this bowl here, which you have to freeze overnight. I just keep this in my freezer, mostly, uh, about zero Fahrenheit. So it’s super, super cold. So I’m going to do is put this in and then I’m going to now take my chilled mixture, which is now nice and cold and just pour it in.

Alright, put this churning device in here, put the lid on and then just turn it on. Leave that running for about 20 minutes. Now, 20 minutes in. And as you can probably hear, it’s pretty loud now.

And that’s because there’s quite a lot of resistance because this thing has thickened up so much. So this is the time to add any toppings that you want to add. And I’ve got half a cup of morsels here. I’m going to put these in.

Okay. I’m going to shut this off. And at this point, the ice cream is basically it’s soft serve so you can see it’s nice and airy and Oh, that’s good. That’s really good. Hmm.

Definitely some milk stout coming through in this, but if you want it to make this really sort of more traditional hard ice cream, then at this point you would put it in a container and throw it in the freezer for a little while. And that’s exactly what I’m going to do and share this at the beer tasting.

Finally, we have this food pairing that we’ve been talking about for so long. Beer + Ice Cream.

Let’s start with the beer. Oh, we’ll come back to the ice cream in a second. Okay. So American Amber ale is supposed to be sort of Amber in color. What would you say about the color? I’d say it was a Amber, but I’d say it was a dark Amber. Um, you can kind of see a little bit of light through it, but it definitely has like more darker Amber hue to it.

Yeah. So let’s see if we get any hop aroma from this. I personally don’t. I get more of a malty/yeasty aroma to it. a malty sweetness. I’m getting sweetness. Yeah. Hmm. Okay. Well, let’s, let’s dig in.

I’m a little bit surprised. I was expecting very much a sort of slightly roasted, um, malty taste to it, uh, which I would typically associate with Amber. And it is that, but it’s got a little bit of something else going on in here.

Hints of like a sweetness to it. I actually am very pleasantly surprised at how that one has, has come out because not what I was expecting now. All right. But there is decent that’s that let’s get onto the ice cream.

So this has been set in the freezer. I did try this, uh, on brew day. So brewed/made this up on brew day and tasted it then. And it was really pretty soft serve. And then it become a bit harder in the freezer over the last few weeks. But I think it’s pretty much back to beeing soft serve again. Now it’s been sent out for a little while.

So we’re going to do look, aroma, and taste on this one too? Looks frozen. Yours maybe, uh, it looks very pale looking. Kinda looks Bailey’s it doesn’t look like Bailey’s yeah. Yeah. It’s definitely got like color to it. Uh, it doesn’t smell anything. No, no, it smells cold.

Really good. Yeah. Oh my goodness. It’s creamy. Little bit beery. Just a little bit beery. Yeah. Like after having all those dark beers, having it in this form makes me like, just get the hint of it. Hold on. Hmm.

How’s it pair? Because that’s what the video is about to be pairing? I kind of forgot about the beer there for a minute. Okay. So you now know this doesn’t taste sweet in the slightest it’s it tastes much more bitter. Wow. That was a difference.

So the beer was good, but okay. This was, I think better. And this part, I think I’m supposed to do the closing, stuff in the destruction, blah, blah, blah. I’m goign to go back to the ice cream. Um, cheers.