British Brown Ales have been around since the beginning of brewing history. It has been said that the malt is dried over open flames. This was prior to the kilning process that we know today.

British Brown Ales were pretty popular and trended upward until the beginning of the 18th century. People were leaning toward a higher-hopped pale ale that we peaking its hoppy head around the corner. Where have we heard this before?

As to be expected, the brewers who were still brewing these brown ales decided to increase the strength and bitterness of their beer. This was the genesis of the English Porter. With the hype new kid on the block and people still holding on to the Pale Ale, the Brown Ale was sadly forgotten.

It would take over 150 years for a beer called Mann’s Brown Ale brewed by Mann, Crossman, and Paulin in the East End of London in 1902. This beer was promoted all through London as the “sweetest beer in London.”

Between the years 1914 to 1919, the British saw a difference in their beers; namely in the alcohol content. Due to the end of World War I, having aspiration of saving money on raw materials, and trying to curb drunkenness in public, beer strengths dropped 25% across the country.

Mann’s Brown Ale saw a sudden uptick in sales as everyone was gravitating towards this 2.7% beer. As history shows us, there were other breweries trying to re-create their own versions of this beer. This is where Londoners were first introduced to Newcastle Brown Ale. 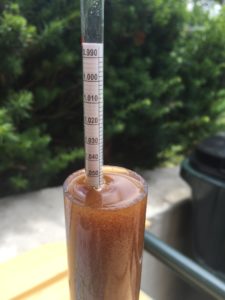 There are NO NUTS used in this Beer

It should be noted that “Nut” is still used today as part of the description of many brown ales. “Nut” describes the brown color and not the flavor you should expect in the beer.

Style Profile for a British Brown Ales as are set by the Beer Judge Certification Program (BJCP) Style Committee.

I first brewed this beer a couple years ago. I was gifted several pounds of fresh Mt. Hood hops from my brother-in-law’s boss, Jim. I decided to brew this Northern English Brown Ale. I called the beer, Buíchas, which translates to gratitude in Gaelic. I shared some of this beer Jim. We both loved it. 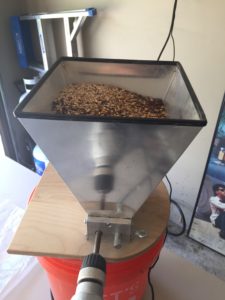 Milling your grains at home. 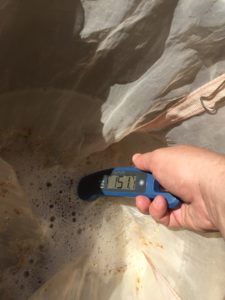 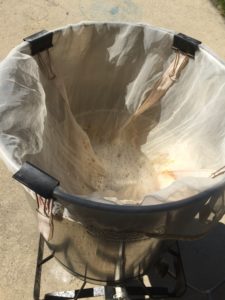 Read the review for The Brew Bag. 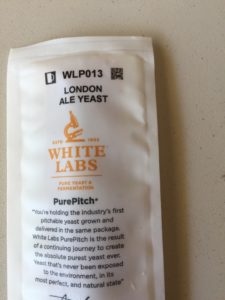 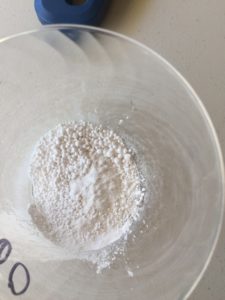 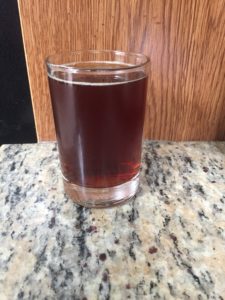 The results of my work.

• Overall Impression
Very nice, approachable beer. The difficulty of this type of beer is adding the complexity with such a restrained grain bill and a limited fermentation temperature range.