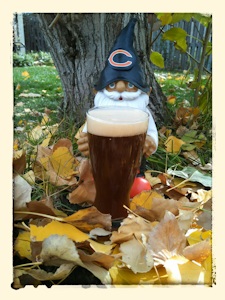 One of the two beer-drinking adults in my household really loves pumpkin spice beers.

I mean she is really over-the-top, embarrassingly-excited, can’t-say-enough-about-them, spend-multiple-GABF-sessions-finding-them in love with pumpkin spice beers.

Personally, I brewed one last year. I am in the process of brewing one this year.

It is important to me that I keep the pumpkin-spice-beer-loving member of my household happy.

Just a few of design notes about pumpkin spice beers.

Pumpkin isn’t a strong flavor, but as I mentioned above, I think it is necessary to use pumpkin as part of the recipe. More than anything, it adds to the mouth-feel something that just isn’t there without the pumpkin.

It may be my imagination, but I think you can also taste a little pumpkin flavor in the finished beer.

We actually grew pumpkins in our garden this year, but I still use canned pumpkin in my recipe. I just think it is more likely to be consistent year to year.

I add the pumpkin to the mash. This should add fermentables to the wort, but I have never found a reference to tell me how much. Experience tells me that it isn’t more than a couple of gravity points to the OG, and I tend to just ignore it in my recipe formulation. It is just a little bonus.

Rather than add pumpkin pie spice straight to the beer, I usually make a “tincture”.

There are a couple of reasons I do this.

First, I’ve found that pumpkin pie spice doesn’t really always dissolve completely into beer. It makes a weird, slimy sludge that has been known to clog up my poppet valve coming out of the keg (yuck).

Second, I get more control out of adding the “tincture” than adding dry spices. I’ll add a little, the beer a try. Add some more until I get the spice flavor where I want it.

Making a spice tincture is easy. I measured out 3 tablespoons pumpkin pie spice (all spice, ginger, nutmeg, and cinnamon) into a mason jar and then filled the jar the rest of the way with vodka. Mix well.

Let this mixture sit through primary fermentation until time to add to the beer. The solid spice will have settled to the bottom and you can either decant this off the top or use a coffee filter to separate the liquid from the solid.

This is more way more spice than is needed for the beer. I actually stored the mason jar from last year to add to this year’s beer. I’ll expect I’ll still have some left for next year’s beer. 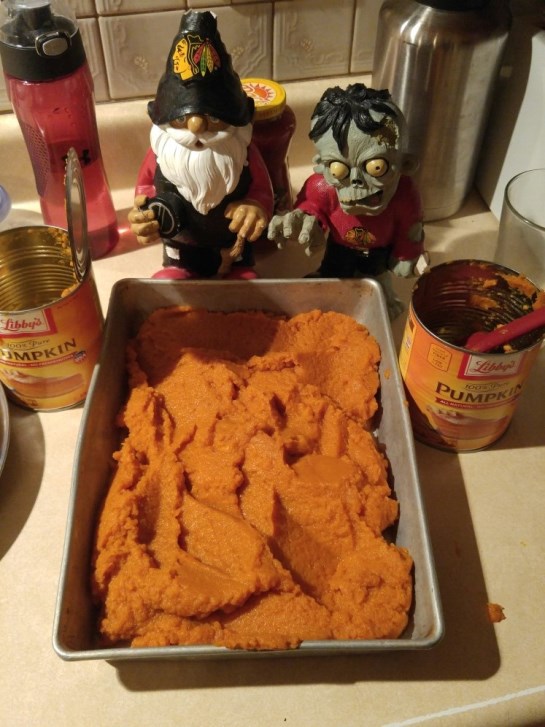 Process
– Mash grains at 155°F for 30 minutes.
– While mashing, Cook pumpkin at 350°F
– Add pumpkin to mash and let rest another 30 minutes
– Collect wort and boil as directed above
– Cool to as close to 60°F as possible, pitch rehydrated yeast
– Hold fermentation between 60 – 64°F for 24 to 48 hours
– Let temperature rise to 68°F – 72°F for 2 weeks
– Rack into secondary along with Pumpkin Pie Spice Tincture
– Let sit a couple days. Taste and add more Tincture as needed.
– Keg (or bottle if you have to). Carbonate to 2.4 (ish) volumes
– Patiently wait at least a couple weeks. Better to wait a month. 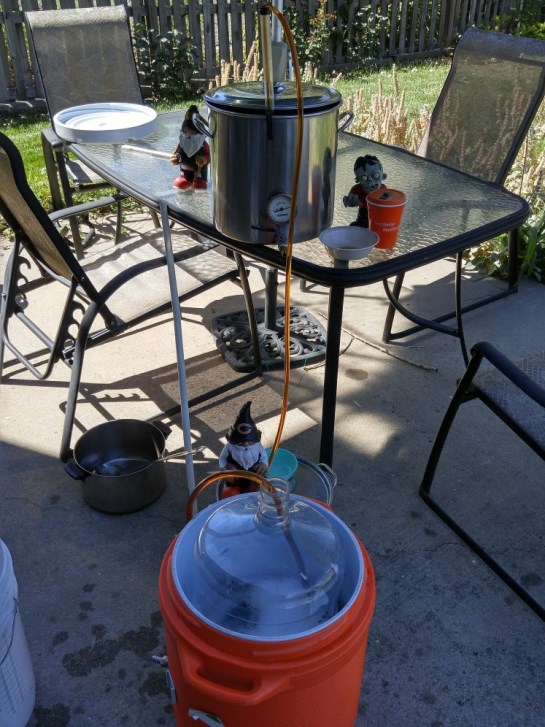 So, at the moment, my beer has been in the fermentor for about 10 days. I gave it a little taste today. The base beer tastes great.

I’ll probably rack to secondary this coming weekend along with the first addition of spice tincture.

We will probably share some with friends around Halloween, but will (try to) save most of it for Thanksgiving into December.

Hopefully the other beer-drinking adult of the household will enjoy this one as much as she enjoyed last year’s pumpkin spice beer.