Why Fresh Hop Ales Can Be Deceiving

Without a doubt, this is my favorite time of year for seasonal brews. 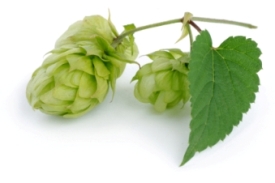 Sure, we craft beer lovers are reveling in the party favorites like pumpkin beers and Oktoberfests. However, I’m most excited about the Wet Hop ales. Hops are harvested only once a year, around late Summer/early Fall, and many breweries take this time to celebrate the glorious hops by making special brews to honor the season.

Yes, as a devout “hop head” this is like my holiday! The terms fresh ale and harvest ale are often used interchangeably, but now I’m discovering that they can mean different things…

It all started when Sierra Nevada first introduced its Harvest Ale in 1996, which incorporated the use of “wet hops” into the brewing process. “Wet hops” or “fresh hops” are beer hops that are freshly picked off the vine (not dried) and used within hours of picking. Since that first Harvest Ale more and more breweries have jumped on the hoppy bandwagon and have come out with their own versions. Since the term “harvest ale” was first used to describe a wet-hop ale, it was thought that term would always mean the same thing.

However, there are some that have skewed the wet/fresh/harvest terminology with the labeling of their beers.

When you see the description “wet-hop” on a label there is no arguing what that means. The hops are wet, green, and freshly picked when thrown into the kettle.

The term “fresh-hop” would seem to mean the same thing, especially since the word “fresh” as in “freshly picked” is right there. But, some breweries consider the term to mean freshly picked hops that are dried and left whole cone (hops that are not processed to pellet form). This is what doesn’t compute. As quoted from the article Honest Fresh Hops by the blog It’s Pub Night,

“Do you go into the grocery store and ask for ‘wet parsley’, or do you ask for ‘fresh parsley’? Wouldn’t you be surprised if you asked for ‘fresh fish’, and you were handed a dried cod? ‘I’m sorry, I didn’t know you wanted wet fish. This one was freshly dried as soon as it was caught.”

The other inconsistency with labeling is “harvest ale”. As stated above, it was first dubbed as a wet-hop ale by Sierra Nevada. Therefore, for a while this term was synonymous with wet- and fresh-hop brews. Now it seems that some breweries are using the term to describe what is basically a Fall seasonal brew.

I’ve learned to look on the labels for the term wet- or fresh-hop. If it’s not there, chances are it doesn’t use freshly picked wet hops. Some breweries simply brew a beer using all pellet hops that is very hop forward and heavily dry-hopped to honor the hop harvest season. This could be misleading for consumers, hoping for a wet hop, but at least they’re not describing it as something that it’s not, like “fresh”.

It may seem like we’re being nitpicky about hops. I mean, how much difference in taste is there really between a wet hop and a dried hop? In this post from Beervana, Chemistry of the Wet Hop, we can see that the drying of herbs as opposed to fresh herbs can significantly alter the levels of some chemical compounds. If the hop flower can undergo similar changes, then it should affect the taste enough to want to know for sure whether a beer is made with wet hops or with dried hops.

Another bit of info on terminology to note is the Brewers Association’s definition of a wet hop ale, according page 11 of the Style Guidelines (pdf):

Fresh Hop Ale
Ales which are hopped exclusively with fresh and undried (“wet”) hops. This ale should have characters similar to the style to which it is brewed with the added nuances of green, almost chlorophyll-like character with fresh, new beers. These beers may be aged and enjoyed after the initial fresh-hop character diminishes. Unique character from aged fresh hop beers may emerge, but they have yet to be identified and discussed. Brewers may provide information indicating style of beer.

The most interesting thing I found about this was what the BA named the beer: Fresh Hop Ale. I mean, it’s not like they’re going to send out the beer police to brewerers for not strictly following these style guidelines, but shouldn’t there be some consistency? And isn’t it ruining it a little for other breweries that may use the fresh hop term correctly if some may doubt the labeling?

I don’t think it’s fair that the avid beer lover, especially the hop lover, should have to go out of her way to discover whether the labeled “fresh hop” beer is really fresh or not.

I did a little research to get some examples of this terminology issue. Many breweries will clearly label and describe their harvest ales as wet hop if that’s what it is. I contacted those that gave no descriptions from the bottle or website to know for sure how they used their hops.

Now, also in the ambiguous Harvest category is Southern Tier’s Harvest Ale. I have to single this one out because it’s a bit of an oddball. They use freshly picked wet hops, then vacuum seal them and use them about two or three weeks later. According to their brewer, the hops are not that brilliant green color that a freshly picked hop would have, but they are still green and fragrant. So, what category do they belong in?

The effect of using fresh wet hops on the taste of beer is significant. I’ve tried most of the beers listed above, and can tell you that personally, I find the difference pretty clear. For me, wet hop beers are bursting with hop aroma and flavor that is more intense and complex than other hoppy beers. This does not necessarily make a beer “better” just because it’s wet hopped. I found the Ipswich to be a delightfully hoppy beer. The Southern Tier is one of my favorites of the season (including pumpkin ales and Oktoberfests!). However, when I first tried the Victory Harvest Ale I didn’t know for sure yet if it was wet hop or not (it was on tap at the liquor store so there wasn’t a label), though after tasting a few wet-hop brews this season I could clearly taste and smell those fresh hops. And I may be pointing my finger at Sierra Nevada, but I love their beers. Southern Hemisphere is delicious and I’ll always look forward to it each year. The issues I have are only with the labeling. I want to know exactly what I’m drinking.

This leaves us to ask the question: what should be done about this terminology problem? In my opinion, I think the term “fresh hop” should be only be used to describe actual freshly picked wet hops. This will limit confusion and possible frustration when trying to decide what to purchase at your favorite bottle shop or bar. If harvest ale can mean anything – wet, dry whole cone, wet vacuum sealed, pellet – there should be an added description on the bottle that tells you if it’s a wet/fresh ale. If a harvest ale is brewed with nothing that is freshly harvested OR if it uses freshly picked and immediately dried whole cones, it’s just a harvest ale. It’s still not “fresh”.

This country is undergoing a great beer revolution with the rapid increase of craft breweries and all their success. It’s an exciting time to be a beer lover and the fact that I have this terminology detail to raise issue with is a good sign. It means there is more interest for brewers to release seasonal brews and maybe try something new.

I get ridiculously excited when I find out a brewery is making a wet hop brew, and even more excited to hear that they are using fresh local ingredients. I am a true hop head, after all, and it’s my duty (right?) to thoroughly get to know those special little flowers in whatever form they’re used in beer.

About Heather
I thought I hated beer until my now husband, Dan, made me try a Sierra Nevada Pale Ale back in college. It turns out I just hated bad beer. It wasn’t too long before I discovered I was a hop head. I live in New Jersey with my husband and two young children (yes, both already know exactly what a growler is). I’m a trumpet player and teach at a local conservatory, and tend to geek out on British-style brass bands. I’m also an aspiring flying trapeze artist. Yes, seriously (but just for fun, no circus). My state is not known for its beer scene, yet its love for craft beer is growing rapidly. There’s a nice beer community forming and I’m happy to be a part of it. Cheers!