Brewing IPAs and Pale Ales are pretty much my go-to when homebrewing. I can keep the ABV in check and most of my beer drinking friends are on board drinking them. However, getting the chance to highlight one hop might be fun for me, but can prove to be a bit challenging for others. Often times a single hop beer just doesn’t give you that complete tasting beer. A common response is, “Tastes good, but seems like it’s missing something”.

So when it comes to brewing single hop beers, I normally choose an American Wheat as the base beer style. I like the extra body the beer gets from the yeast and reduces the need for heavy bittering hops. But now, with the New England/North East IPAs, it seems like a great time to kill two beers in one shot. A single hop beer that can be heavy on the aroma, low on the bitterness and it meets a style expectation. 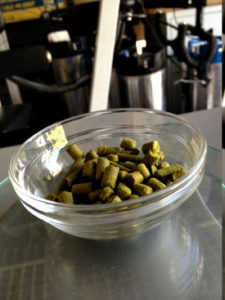 So What Hop To Use? Denail

It seemed fitting to me that I went with the Denali Hop. The first time knowing I had this hop was in a single hop beer from Ale Asylum Brewery, while vacationing in Milwaukee. The beer was super fruity and fresh tasting, with just enough bitterness.

This hop is described as PineFruit. On the Hopsteiner webpage, the hop is described as having Pineapple, Pine, and Citrus.  The hop’s origins come from 50% Nugget, 25% Zeus, 25% USDA 19058m (not sure about that last one). I get tropical sweetness, with huge fruity aromas.

So let’s build the beer! 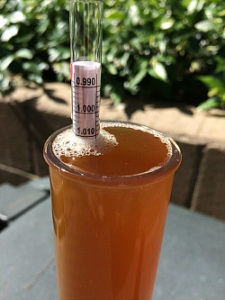 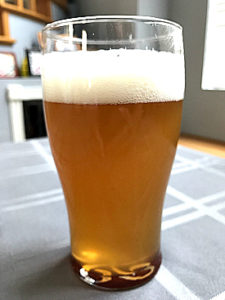 So this is cloudy as it got, but it still tasted great.

And now a few words about IBUs, does it really matter anymore?

I figured this recipe using all kinds of methods to calc out the IBUs. How many do you get in First Wort additions? What is the utilization on whirlpool additions? I got IBUs as high as 145 and as low as 53. For this recipe, I assumed 98.  But honestly, I think the IBUs came in a lot closer to 50.  Either way, the aroma hops won the battle. 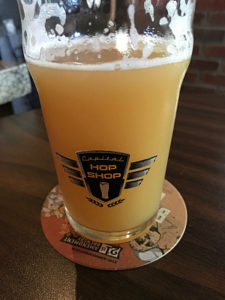 So I was going for a beer that looked like this, but that didn’t happen

Super happy with this beer, and it aged in an interesting way as it sat in the keg.

First off, the beer had enough bitterness to be a recognizable IPA, but the aroma was killer. Super fruity with all kinds of tropical fruit. The pineapple was definitely up front. The haze was good, although I wasn’t working too hard to get that true East Coast look.

As the beer aged in the keg over approximately 4 months, the aroma brightness lessened but hung on till the end. The bitterness started to get a little more present towards the last few weeks on the keg.

I would brew this beer again, hands down. I think kegging is the best way to go to ensure you get the most bang for the buck on your hops. 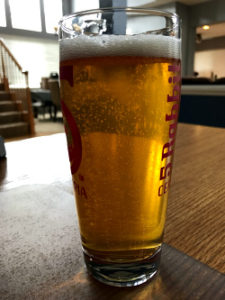