Note: This is one post in a series of posts on how to build a Brutus 10.

Time for another installment in the Brutus Saga.

Last time it was the gas system, and now we’re talking the Brutus 10 wiring.

Speaking as someone who is really not an electronics guy, this part was fairly straightforward. I say this because people see the control panel and think that I just built an R2-D2.

I actually followed the original Brutus 10 wiring plans very closely, so be sure to pick those up in you haven’t already. Here are the major changes I made:

The Love controllers really run the show. You program your desired temperature into them and then they control the gas. The pumps are also controlled on the panel, but they are not automated. I simply flip their switches when I want them to turn on and off.

The rest is best explained with pictures and the video at the top. I’ve never been much for wiring diagrams, probably because I’m terrible at reading them.

Here is the front of the control panel. 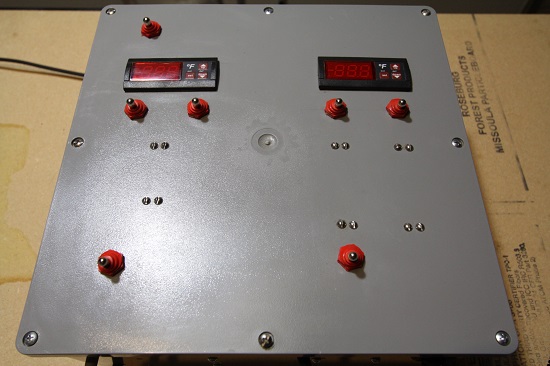 The front of the Brutus 10 control panel. 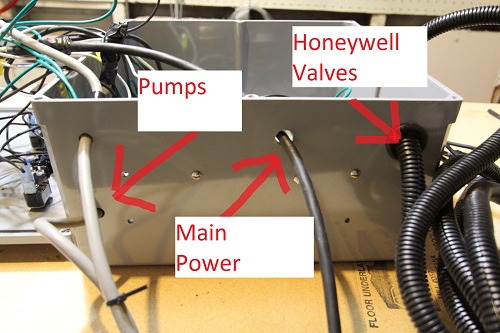 Holes for the pumps, gas valves, and main power.

Below you can see the plugs at the end of the cords for the Honeywell valves. These come out of the black, ribbed cord above which just keeps everything nice and tidy. They are coming out the transformers at 24V, and because of the lower voltage I went with these compact audio plugs. They work great. 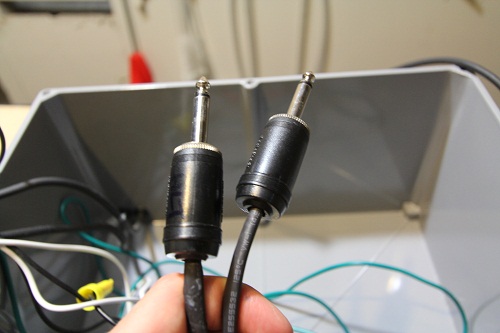 Plus for the Honeywell gas valves

These are the ends of the cords that power the pumps. They run on 120V and are the standard 3-prong variety. 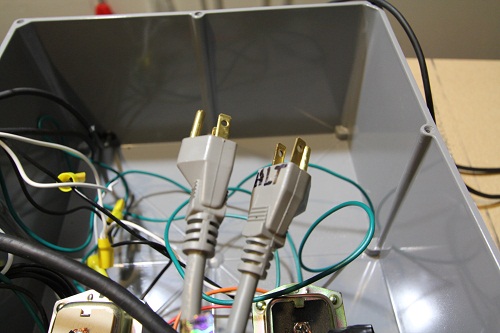 The plug into the stand to power the pumps

And below you can see where everything plugs into the stand. I got some electrical boxes and the appropriate face plates and then just attached them to the stand with zip ties. The zip ties were meant to be a temporary solution, but I really like them and am not fond of the idea of drilling holes in the stand.

The wires from the pumps and gas valves enter the electrical boxes through the back. My March pumps came with 6′ cords. I cut their plugs off and wired them to the receptacle in the box. 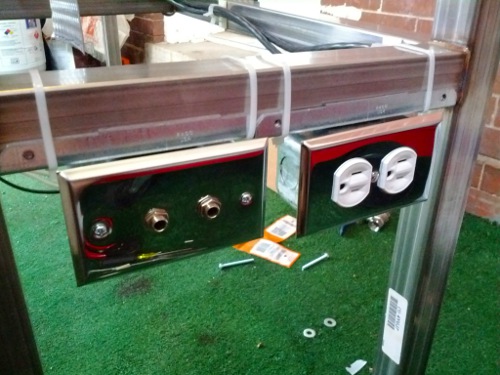 Outlets for the pumps and gas valves.

These are the thermocouples coming out of the top of the control box. One runs to the hot liquor tank and the other to the mash tun to read their temperatures. 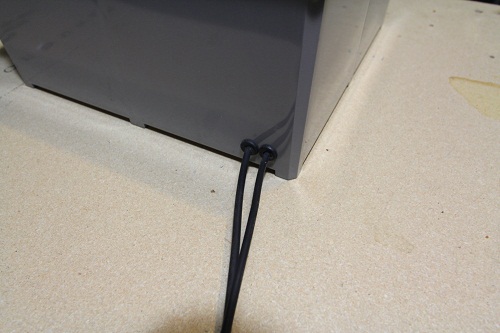 Thermocouples for the hot liquor tank and mash tun.

Finally, here is a shot of the transformers because this part is different from the original plans. They take the 120V coming into the control box (which is needed for the Love controllers, switches, and pumps) and step it down to 24V which is required for the Honeywell gas valves.

I’ve seen some configurations where people were able to use one transformer and fancy switches. Like I said, I’m not an electronics guy and I’d rather spend a few extra bucks on another transformer than try to figure all of that out. Using one transformer for each valve just made sense in my head – the K.I.S.S. philosophy. 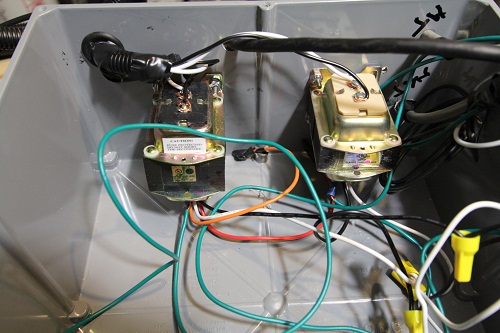 One transformer for each gas valve. They convert 120V to 24V.

And one more for good measure in case someone wants to see the inside of the front panel. It’s pretty difficult to make sense of things though without having your hands on it. 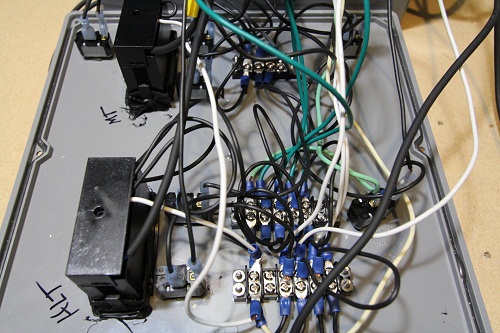 A mess of wires. The black boxes are the back of the Love controllers.

Writing Diagram from an Academy Reader

An awesome reader of ours named Steve created a wiring diagram for the Brutus 10. I’ll share it below with his note. Thanks, Steve! 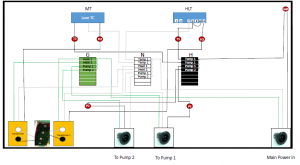 I have finished my wiring and tested everything. It works perfect. I made a few changes to your design. Instead of having chords running from the box, I wired mine where everything plugs into the box. Please feel free to post this on your site as it might cut down on questions you are asked. Just a few references T1 and T2 stands for temperature H1 and H2 stands for heat. I use the term heat for activation of the gas valve. P1 and P2 are the pumps. I hope this helps.

The liquid system. Most likely the last post in the build series.

As I mentioned, there is a ton of little “stuff” involved in this part of the build. If I missed something you’re curious about just ask me in the comments.