Getting Your Feet Wet with BrewPi

Last week at the homebrew store, someone asked me the fermentation temperature on my bock. “Hold on a sec” I said as I pulled out my phone and accessed the website that controls my mini-fridge fermentation chamber.

You read that right: the website that controls my fermentation chamber.

Temperature control is arguably one of the most important factors in all of brewing.

The level of control you have over this factor has a direct impact on your ability to repeat brews, brew certain styles, and impart specific flavors.

If fermentation is a symphony orchestra, BrewPi makes you the ultimate maestro. From diacetyl rests, lagers, to multiple step temperature profiles, the BrewPi can do it all.

This is not meant to be a review of the BrewPi controller as there are so many already out there. More so, this should serve as a curation of all of the blog posts, tutorials, and reviews I used to successfully build and implement the BrewPi in my own process.

Not every homebrewer is especially tech savvy and the BrewPi can be intimidating at first glance. If that’s you, this post will help you ease into what could be a game changer in your brewing.

(It is also important to note that there is a newer version of the BrewPi that is not completely DIY.)

That said, though this project is a lot of fun and could potentially improve your brewing, if you do not enjoy the tinkering side of homebrewing this subject might fall outside of your comfort zone. A high level overview of the BrewPi controller

Before you start with the BrewPi controller, I think it is important to know what it is supposed to do and how all of the parts come together.

BrewPi  is a collection of elements that all work together to handle the cooling and heating of your fermentation chamber. The system is a proportional–integral–derivative controller (PID).

This is a fancy way of saying it uses some math to automatically adjust the heating or cooling of the fermentation chamber to maintain the temperature in your fermenting beer.

Here is a demonstration video of the BrewPi presented by the inventor.

Key Resource: Making a BrewPi on the cheap
(The key resource above is one of the best for the BrewPi. I used it the most while building my BrewPi because it has schematics, lots of pictures, and of course a very in depth guide.)

Elements in the BrewPi system 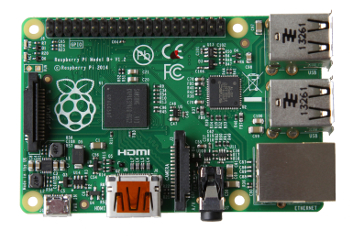 Raspberry Pi (Pi)  is a single board computer that you install a version of linux on. After it is setup, it will host the website used to control the fermentation chamber. It is also where the name BrewPi gets the “Pi”. 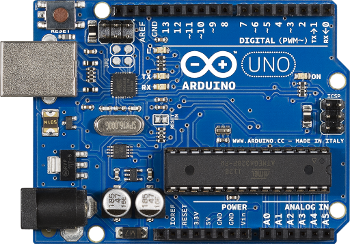 The Arduino is a prototyping board that was developed for students that do not have very much programming or electronic experience. It controls the relays, reads the temperature sensors, and communicates with the Pi. The version of the Arduino that works with BrewPi is the Arduino UNO. 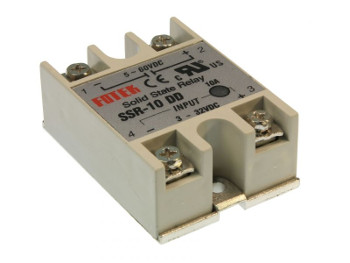 Relays act like switches. In this setup they take a small amount of voltage from the Arduino and open or close a circuit which uses mains voltage (voltage from the wall). 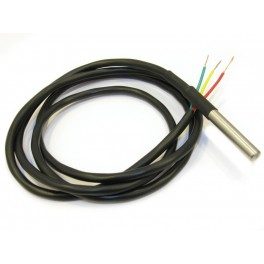 The temperature sensors use a very cool technology called one wire. One wire lets all of the sensors use the same input on the arduino.

My cooling device is the fermentation chamber itself. I used an old mini-fridge for my chamber.

Depending on the environment, heating devices are probably only necessary during certain months but after adding one to my BrewPi setup the controller was able to maintain a much tighter temperature range. I use a wrap that goes around the fermenter.

Setting Up The BrewPi Elements

The most common fermentation chamber is a mini or full size refrigerator.

This guide will give you some great ideas for modifying your refrigerator if that is what you decide to use.

Arduino is a prototyping platform that is commonly used to build and test projects that utilize a microcontroller. It is aimed at students without a background in electronics or programming.

The Arduino is capable of reading inputs, processing commands, controlling outputs, and much much more.

The most common way to work with an Arduino is to build a “shield” that connects to the pins of the prototyping board. This project is no different.

I built a shield much like this one. My relays and temperature sensors connect to it and the shield then plugs into the Arduino. Do-it-yourself BrewPi Arduino Shield

The shield will require some soldering but you do not need to be an expert at it. Here is a soldering guide if you are completely new to the concept. Adafruit Guide to Soldering.

The Arduino acts as a communication medium between the sensors / relays and the user interface. The Arduino will connect to the Pi via a USB printer style cable.

Keep in mind that the Raspberry Pi is a linux environment, but don’t let that scare you. Before I bought the Pi I had no experience with linux or any other shell environment.

A few notes for the Pi:

I also like to keep my Pi in a protective case since it is in the garage next to my mini fridge.

Here are a few setup videos I used while getting my BrewPi setup.

If you do not have any experience with linux or Pi, then the Pi is by far the most difficult part of this setup. But if you have the curiosity, you can figure it out and have quite a bit of fun in the process. Below are the guides I used to get my Pi setup.

Another PI setup (camera not as good but content is)

Guide to remotely connect to your Pi. (not necessary if you are using the HDMI connection).

Guide to setting up WiFi on the Pi (not necessary if you have ethernet to the controller).

BrewPi Wiki – A plethora of information created by the makers of BrewPi and kept up to date by them and the users of BrewPi.

If you know a little bit about programming and electronics or if you are just adventurous you might check out the site above. It shows you how to modify the website the BrewPi hosts so that it can handle more than one fermentation chamber at a time.

BrewPi Documentation – User manual from BrewPi, when all else fails read the instructions.

Brewtendo – Someone even made one out of an old NES shell! 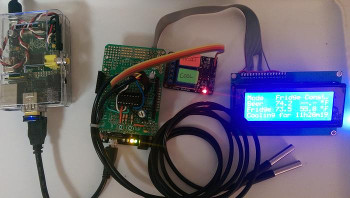 One of the great things about the BrewPi project is the huge following it has. It is open-source so there are many examples to follow. People with much more expertise than me have created some pretty amazing things and a quick Google search will lead you to the many iterations the community has built. The pictures below show you how simple to incredibly complex the BrewPi can be.

If you want to improve your temperature control during fermentation, explore the BrewPi a bit more by going to the links within this post and let us know how it goes. 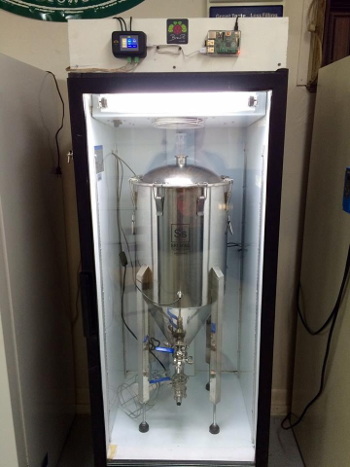 So you’re feeling a little overwhelmed by all of this. If you read this far you’re definitely interested, but where do you go from here???

The answer depends on how complicated and flashy you want your BrewPi system to be.

At this time my BrewPi is not even enclosed. All of the components are screwed to a piece of plywood and it doesn’t even have a screen.

But guess what? It works!

I just use a computer to control everything from the web server.

As mentioned above there is a model you can buy right now from BrewPi’s website. It is newer and more powerful than the one i built, however, it will cost you more and it will only replace the arduino side. If you go with the newer model you will still need to host the web server from a Raspberry Pi.
This project used to be a completely DIY kit, even if you ordered the boards from BrewPi.

Since it was an open source project the plans were available free of charge in the hopes that others would help develop it.

If you do decide to build it yourself I wholeheartedly recommend the key resource from above: Making a BrewPi on the cheap.

I did a lot of research before starting this project and my advice to you is: Read that from beginning to end and over and over again! It is by far the best guide I have found. It has a parts list including links on where to buy, an easy to read diagram, and detailed instructions on how to set it all up. In fact, it should be almost everything you need to get a BrewPi completely up and running.

Well… What are you waiting for? Start your BrewPi project today! Your yeast will thank you!

And of course — if you do tackle a BrewPi project — let us know.