For many brewers, long gone are the days of doing recipe calculations on pen and paper. Save for the nostalgic, most homebrewers use some kind of software to figure out their numbers.

Though many out there have relied on the “ole’ standby” Beersmith2, there are a plethora of choices.

But its the 21st century now, and we want connectivity, we want syncing across devices, we want brewing software that integrates with out current, modern devices.

My goal here is not to tell you which one is best, but rather to give you a high-level overview and to point out some of the key features between the most popular options.

Using this information should help you in making a somewhat enlightened choice when choosing your brewing software.

BrewFather runs on any modern browser and/or mobile devices. You can work offline and connect automatic synchronization when you get back online. Recipe designer, intuitive batch tracking, inventory management, and integrated with many popular devices. All to make your brew-day easier.

First let’s look at compatibility. One of your foremost deciding factors when it comes to the type of software you will choose will be the format in which you can use it.

Hopefully I can answer a few of these questions, but let’s just start with trying to make it compatible with your setup.

One of the most limiting factors for most homebrewers is the cost of their tools.

Although not all of these software packages are exactly apples to apples, the difference in cost between them might be a “make it or break it” factor for you.

Below are the prices associated with each piece of software reviewed. Some of the packages are subscription based, and in that case, the monthly or yearly price is listed.

It might not be a fair comparison when looking at the user base of certain products.

In some cases, the user base might not be public information. Also, when trying to analyse social media and forums, it should be noted that this is just an attempt to show the representation of the active users. I looked at Facebook pages, Twitter accounts, and forums to get an idea of the user base for each home brewing software.

Though social media and forum activity do not necessarily portray exact numbers of user base, I think they do paint a pretty good picture as to how many people are talking about the software and using it.

Lastly, I would like to give a brief description of each package. I have not used every package listed here, but reading reviews and browsing through free trials I have come up with the following. 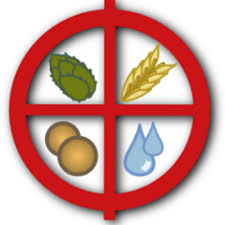 Brewtarget is an open-source software with a great set of tools. It gives you a lot of control when it comes to designing your recipe.

The software automatically calculates the color, bitterness, gravity, and ABV. It does priming calculations, OG corrections, pitch rates, refractometer calculations, brew day timers, and much more. Best of all it is completely free. 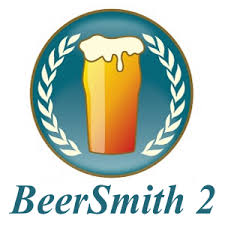 BeerSmith is by far one of the most used pieces of software in the homebrewing community.

Its tool set is very robust and once it is set up for your brewing style and equipment, its calculations are very accurate.

It was very hard not to compare all of the other options to BeerSmith as it is what I use every brew day. 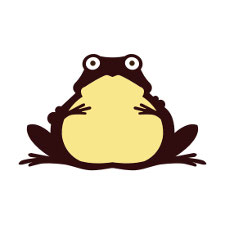 Brewtoad is an online service that gives you the ability to build recipies, set up equipment profiles, and even helps with mash calculations.

You can create variants of your recipes. One really cool feature of this website is that once you have built your recipe you can buy beer ingredients right from the site. It is like building your own personalized beer kit.

Brewer’s Friend is web service that has an app for both IOS and Android. It also has a windows desktop app.

Brewer’s Friend has a Free version in which you can store up to five recipes.

With this software comes your typical recipe builder, however, they also have a pretty good set of tools including a nice library of forms and templates. They have a great tool for water chemistry as well as a great reference for water reports.

Like Brew Toad, you can also buy the beer kit for created recipes from them. I have never used this software, however, that is only because I started using Beersmith before I found out about them.

They have both a free version and a paid version. The paid version allows you to delete recipes and sync with the apps. Paying for the service also gets rid of the advertising.

This software is really just a spreadsheet. The link is to the google drive folder where all of the relevant files can be downloaded.

Ability to export/import Beer XML: No

Brewcipher is a free workbook that can be ran with Excel. You can customize your equipment profiles, create grain bills, and hop profiles. It is modeled after most of the other popular software but it does everything using formulas in Excel.

If you are spreadsheet savvy, this might be a pretty good fit for you. It has many features that you find in some of the other software packages, however, everything is put in specific cells on different sheets.

It would be a little scary at first glance, especially for someone that does not use Excel. However, if you are good with Excel, Brewcipher could give you a better idea of the math behind all of the outputs, if that’s your thing.

Bru’n water does not really compare to the rest of these, however, I wanted to list it because it seems popular.

It is a calculator specifically for the water chemistry of your mash.

I had not heard of it before researching for this post,but I will start using it from now on.

Bru’n uses Excel or Open Office and it does have a free version. Their website also has a lot of information on it for those looking to get into brewing water chemistry.

Mr. Malty is a yeast pitch rate calculator and much like Bru’n water does not really compare to the tools offered in the other packages, however, I would not write it off.

It is recommended by many when it comes to calculating the pitch rate of your yeast. 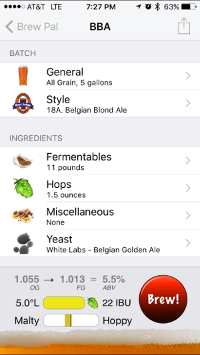 BrewPal is an app based recipe formulation software for IOS. It allows you to take your recipes with you.

It syncs between all of your iCloud devices. Though somewhat limited when comparing it to the others, when it comes to an IOS app based software, BrewPal is still a nice tool to have.

Beertools is a recipe formulation and management software.

It has many tools for adjusting alcohol, color, bitterness, and much more.

This software, to me, feels much like Beersmith, though, not as many options. However, It’s tools seem much more streamlined and to the point. Overall the user interface is clean and navigation through all the available options is very straightforward.

I would have liked to have seen more reporting from such a feature rich product. (e.g. brew steps).

They have a web-based version that the desktop app will sync with so that you can use it on a mobile device as well. 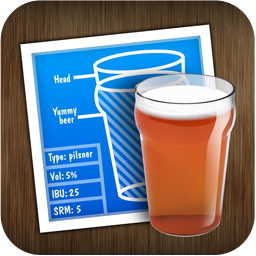 BeerAlchemy is a Mac only software with a desktop version and an App version which only runs on IOS.

It has a recipe creator and tools for inventory management.

One cool feature I noticed was that if you are a brewer that keeps on top of their inventory, this software can recommend brews based on the ingredients you have in stock.

The desktop version will sync with the app version which will help with shopping lists and brewday schedules.

Once again, I have not personally used every software listed here and this post just scratches the surface when it comes to the different options available for brewing software. They change and the good ones frequently update to keep with modern devices and new platforms. My current favorite does an excellent job with staying up-to-date.

BrewFather runs on any modern browser and/or mobile devices. You can work offline and connect automatic synchronization when you get back online. Recipe designer, intuitive batch tracking, inventory management, and integrated with many popular devices. All to make your brew-day easier.

Hopefully it can be used to help you make a knowledgeable decision when you decide to look into using software for your brewing needs.