Has this ever happened to you? You’re sitting there holding a beer, rocking a solid buzz, gazing down into the bubbly paradise, and you curiously think to yourself, “What the hell is REALLY in there?”

If so, then you’re about to have your all-to-common beer ingredients question answered so you don’t have to look like a complete freak again in public. If not, then well, at least maybe now I’ve got you wondering.

There are four main beer ingredients. These form the basis of all recipes and each one plays an integral part in the beer’s character. Yes there are other ingredients (like the festive holiday ones near the bottom of this article) used and they are numerous, but these are the big 4 main ingredients that make up almost every batch of beer that is brewed today at home, at the local craft brewery, and the national chains. 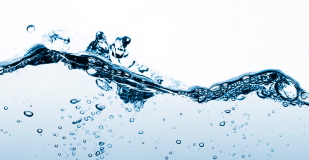 Water gets very little respect as an ingredient in beer, yet it makes up over 90% of what is in your pint glass.

Not so long ago, one of the major health benefits of beer was that it was boiled and deemed safe for drinking. At 90% by volume, it is obvious that the water used in brewing has a big influence on the finished product. In fact, many styles of beer are known for the water used.

Take the classic Pilsner originally brewed in the city of Pilsen, Bohemia.  The soft water there is responsible for the delicate, crisp taste of the Pilsner that truly defines the style.  Or look at the English town of Burton whose hard water has given birth to dry and hoppy brews for centuries.

Nowadays, the brewer is not at the mercy of his local water supply. If the water is sub-par he can treat it until it is of brewing quality. Brewers (including homebrewers) can even adjust their water profile to recreate a classic style. Want a Burton-style pale ale? No problem, throw some brewing salts in the pot and you’ve gone Burton.

Even with a great water supply, a quality beer relies on the interaction of all four ingredients and sound brewing techniques. Still, make sure you give water it’s rightful place in the cupboard of ingredients.

You have a cereal grain to thank for that loopy feeling you get after drinking a few bottles. But before you go charging toward the corn flakes, get the facts on how barley acts as the food source for the yeast in your beer.

Barley Suited for a Beer

Barley is responsible for producing the simple sugars needed that the yeast turns into alcohol.  As stated above, it is a cereal grain that is grown worldwide in temperate climates. Contrary to how cereal grains are used in most food products, barley must be processed into malt (or malted barley) before can be used to make beer. Malt is created through the natural process of malting, done by a professional maltster.  You malt barley by soaking it in water for a few days, allowing it to germinate and produce the components necessary for fermentation.

This same process can be done with other grains such as wheat or rye, but barley is the most common in the beer world.

What Malt does for your Beer

Give malt a lot of credit because it adds much more than just alcohol to beer. Flavor, aroma, and body are all influenced by malt. Malt leaves traces that are generically summed up by an essence of sweetness. That is a generic statement however, because there are dozens of varieties of malt that contribute unique characteristics.

Malted barley is to beer what grapes are to wine. They give their sugars to the beer and leave unique imprint on it. Learn what malt was used in your beer and you’ll have a good idea of what to expect from it.

No it’s not a Harry Potter spell, it’s the scientific name for the “spice” of beer: Hops

Hops are a plant that is gown in many regions of the world, with the Pacific Northwest being the hop-capital in the U.S. Specifically, the Yakima Valley in Washington is responsible for most of the hops that end up in your pint glass.

So what do hops do in beer?

The brewer uses hops to add bitterness that balances out the sweetness contributed by the malt. Without them, you’d have something tasking like an gross sugary soda-beer., like a Gruit Beer. Besides adding bitterness, hops also give flavor and aroma. The time at which the hops are added determine how the beer tastes.

Add them early and the beer will be more bitter. Add the hops later and it will be less bitter, but have more flavor and aroma.

What a funny little flower

Hops are recognizable as flowerlike green “pinecones” that grow on vines that can reach of 20 ft. tall. The cone contains resins and oils (in their lupulin gland) that impart the hop-like qualities on the beer. You may have seen the commercials of the Sam Adam’s president vigorously rubbing the hops between his hands and then smelling them. No he’s not on drugs, he is releasing the resins and oils in the lupulin glands to to get a good sense of the hop quality.

Speaking of drugs, did I mention that hops are in the same family (Cannabaceae) as a naughty relative ?

Not just there to temper the sweetness of the malt, hops are also the predominant characteristic in many beer styles. In fact, the ravenous fans of these hop-monster beers proudly call themselves “hop heads“. Maybe you have known a hop head or have seen one in public. Maybe you are a hop head. Well, are you? 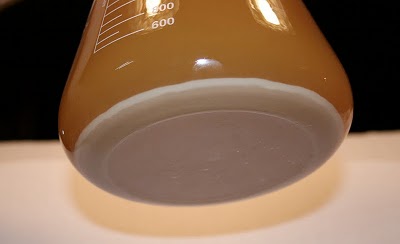 Oh the enviable life of a yeast cell. It eats all day to its hearts content, belches without judgment, and rests when it’s full. All the while being thanked by the brewer for the treasured byproduct of this process – alcohol.

Yeast in it’s simplest terms converts the simple sugar in beer into carbon dioxide (CO2) and alcohol. Technically it is a fungus, invisible to the naked eye but nevertheless the magical ingredient that makes a beer a beer. Alcohol and carbon dioxide are the result of the yeast doing its job in the process.

There are two main types of yeast – ale yeasts and lager yeasts. That’s correct, the type of yeast strains are used determine whether a beer is an ale or a lager.  So what’s the difference?  Ale yeasts are known as “top-fermenting”, meaning the yeast collects on the top during fermentation. These beers are also fermented at warmer temperatures  (60-75 F) than their lager counterparts.  Lager yeast is “bottom fermenting”. The yeast drop to the bottom of the beer which is fermented at cooler (40-60 F) temperatures.

Ales are heavier bodied and more complex. Stouts, hefeweizens, IPA’s, and porters are all types of ales. Lagers are usually light crisp. Most mass-produced (e.g. Bud, Coors, Miller) beers in the U.S. are lagers, usually of the pilsner style. Other lager beers include Oktoberfest, bock, and Munich Helles.

The yeast’s needs must be met in order for it to do it’s job correctly making your beer. Beer brewer’s must provide food in the form of the simple sugars, minerals,  and nutrients created during the brewing process. This is true for ale yeast and for lager yeast.  You must also make sure the environment is the right temperature and keep out all light.

Your beer is truly alive. Yeast cells are mysterious and magical creatures that we don’t yet fully understand. But as long as their humble demands are meant, they will provide you with the final main ingredient in creating a remarkable beverage.

Holiday Beer Ingredients to Give Your Brews a Festive Kick:

When you think about Christmas, what foods come to mind? Cookies, candy canes, eggnog, hot chocolate?

Perhaps you’re like my family and you have traditional foods or meals that only get cooked once a year. Is your mouth watering yet?

This time of year is particularly great for homebrewers. Why? Tis’ the season with your beer and add some festive flare. Whether you want to brew a Christmas Ale, with traditional spices like nutmeg ginger or cookie flavors. Or an English style winter beer — full bodied, dark and sweet. Or maybe you’re not a fan of those styles and you just want an IPA smelling of pine to get you in the mood for decorating that tree. Good beer is an essential ingredient to a great party.

If you’re looking to brew a clone recipe or simply supplement your parties with beers already brewed with holiday spirit, try Big Foot Barleywine by Sierra Nevada. Winter beers tend to have a higher ABV, malt forward and may have dark fruit flavors or spices. Big Foot is a classic barleywine that tastes of caramel, toffee, prune and gives you a slight warmth from the alcohol content.

Another traditional Christmas beer style from my home state is Dark Horse’s Four Elf Winter Warmer ale. This beer smells and tastes like the perfect
combination of clove and cinnamon. And with a drinkable 8.75% ABV it goes great with all of your holiday snacks.

No matter what style you’re hankering to brew, there’s loads of potential ingredients to get you in the holiday spirit. 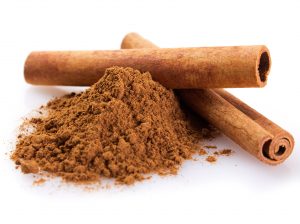 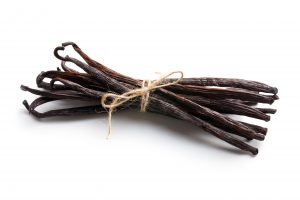 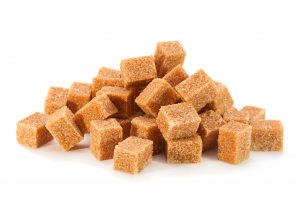 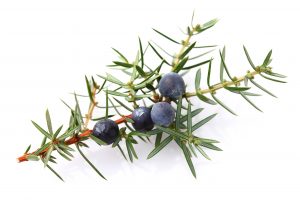 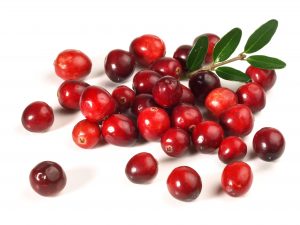 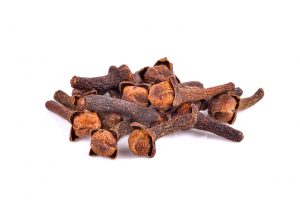 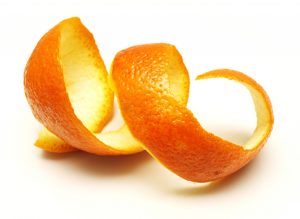 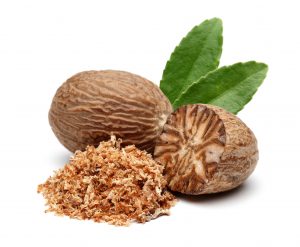 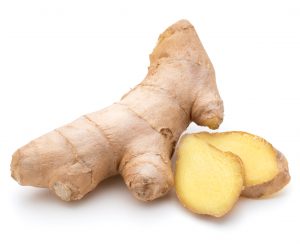 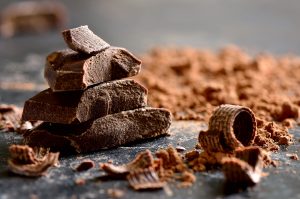 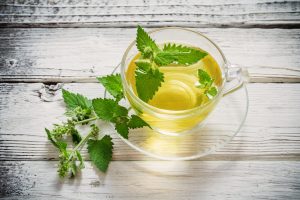 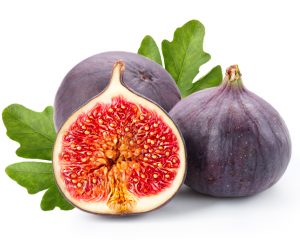 When you’re experimenting with flavors, keep in mind they can be added in at multiple stages. Depending on when you add in your adjuncts, ingredients and flavors… your beer is going to take on a different flavor profile. Experiment to find your perfect reipe. It’s part of the fun!

No matter what you brew, don’t forget to give it a fun holiday-inspired name. Then gift a couple bottles to friends and family. Better yet, bring a keg to your next holiday party, less you enjoy a stocking full of coal.

Now that you know all about the main ingredients in beer, holiday additions, and what’s really in your beer – read about how they influence over 100 beer styles.