Spotted Cow Beer: Everything You Need to Know

Maybe you’ve seen it around beer forums, or you’ve heard some beer enthusiasts around you talk about it, and you start to wonder, “what exactly is this beer called spotted cow?”

We bet you also think why it’s named like that. That’s why we compiled this ultimate guide for you.

Continue reading this article to know what this beer named spotted Cow is, its history, and how you can make a DIY version of the beer at home!

What Is Spotted Cow?

It’s the best-selling craft beer in the state and the most famous.

Since its production, it has become the brewery’s flagship beer and has won SEVERAL awards. In terms of being a beer, the spotted Cow has undoubtedly earned LEGENDARY status.

Spotted Cow is cask-conditioned and unfiltered and is a blend of Pilsner malt, white wheat, and caramel malt. New Glarus also uses the water that comes from its own well.

Not to mention that the noble Saaz hops are used and fermented with German ale yeast. We like Spotted Cow because it won’t overwhelm you, unlike how an IPA would.

When it comes to taste, the Spotted Cow will remind you of a blend of honey, orange peel or citrus, and a great balance of malt and hops. It leaves a bready aftertaste.

It has a typical fruity and earthy flavors of farmhouse ales, and it goes well with a lot of food, especially barbeque and different cheeses.

What Is the History of Spotted Cow?

Dan Carey, the creator of the Spotted Cow, stated that the beer is inspired by a museum visit. According to him, he saw a German farmhouse with a beer bubbling on the stove.

He noticed that the beer was covered in cheesecloth, causing him to wonder how early German settlers in the 1850s yearned for their beer.

At the beginning of their production, New Glarus Brewing Co. decided to ship Spotted Cow to their neighbor states, which is a smart move considering that Chicago is one of the biggest beer markets.

Before then, farmers in Wisconsin would only drink lager, but in 2002, Spotted Cow got featured as the “Best of Wisconsin” in Wisconsin Trail’s Magazine.

In 2003, New Glarus made a huge decision to stop shipping outside the state and said that they wanted to focus more on Wisconsin.

Since then, New Glarus Brewing Co. has received 11 more awards, with the latest giving the title of ‘Best Craft Beer’ to the Spotted Cow.

What Are Farmhouse Ales?

A Farmhouse ale is a craft beer originating from France and Belgium. There are two main styles of creating farmhouse ales: Saison and Biere de Garde.

Saison is a pale ale with an ABV of around 7%. It’s a highly-carbonated beer with a hint of fruits and spice. Unlike a Spotted Cow, a Saison is bottle-conditioned and used as a refreshment for farmers.

Biere de Garde, on the other hand, is a strong pale ale from Nord-Pas-Calais, France. It’s a golden-colored beer and generally has a high ABV. It’s usually produced in winter and spring to avoid yeast problems.

How Is the Spotted Cow Made?

You’re probably curious how the famous beer is made and if the process sets it apart from other craft beers. Well, let’s divide this part into two: principle and process.

Have you ever heard of this term before? If not, let us introduce you to it.

German beers have been brewed under the Germany Purity Law for more than 500 years. The law prescribes that you must use only four ingredients, and this has created a lot of beers in the world.

The four ingredients are barley, hops, water, and yeast. In 1516, yeast was added to the originally-three ingredients list of the law in Germany.

Since 1906, the German purity law has been the criteria of all beer breweries in the country.

Aside from being made under the principle of the German purity law, the Spotted Cow is set apart from other types of farmhouse ale because it’s also cask-conditioned.

A farmhouse ale is usually brewed with light malt to not overwhelm the malt with other ingredients such as hop, spices, and fermented with German ale yeast.

Instead of the usual Pilsner malt, a brew of malted barley is used; that’s why this drink from Wisconsin has some sweetness of orange to it.

Glarus brews the white wheat too, which can occupy up to 30% of the grain bill. Let me indulge you in a little bit of history.

Back then, 10% corn was used in the grain bill because the farmers from a German farmhouse could also use this. After all, Wisconsin has a lot of corn crops, a nod to farmers.

However, the brewery removed the corn and replaced it with caramel malt as GMO-corn isn’t blended well with natural products. The corn also dilutes the protein, which affects the taste of the beer.

How Can I Make a DIY Version of the Spotted Cow?

Of course, the brewery did not release the exact recipe for their drink. Instead, the style of the beer allows the recipe to be cloned.

Even if you don’t have the same stuff they put in the beer, such as the Saaz hops, brewing your own drinking beer similar to the Spotted Cow is possible. 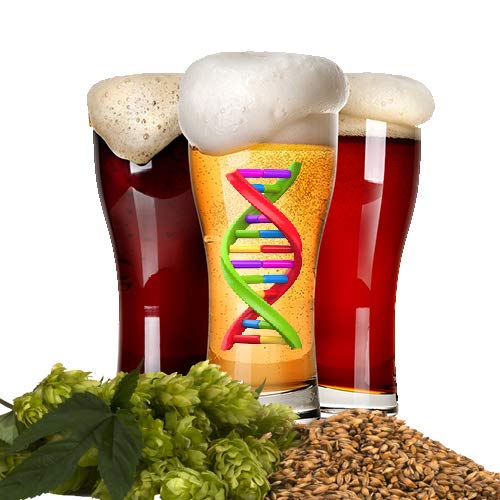 Brewing this would require a mash tun and liquor tank, but don’t worry, the grains in this recipe are already pre-crushed, so you’d have a much easier time brewing your drink.

PLUS, the recipe is only made upon order to ensure freshness. Indeed, your homemade brew tastes as similar as it can to the original Spotted Cow.

Alternatives for the Spotted Cow

If you can’t find the time to travel all the way to Wisconsin and visit the gift shop, don’t worry, as we have prepared a list of alternatives for you.

If you’re in the mood to try drinking a farmhouse ale, then the following for quench your thirst!

If you’re into a highly carbonated drink with bubbles rising to the surface, then this is definitely for you.

Instead of the usual sour twang common in this beer style, this Biere du Pays has a creaminess, with some hard-to-miss earthy undertones.

It contains lactose, which is responsible for that creamy taste.

If you want a crisp finish to your drink, then the Saison Dupont has got you covered.

Originating from Troupes, Belgium, the Saison Dupont is an unfiltered ale with 6.5% ABV.

This farmhouse ale is flavorful, and it’s considered a celebratory drink as it is the Platonic ideal of the beer style.

Have you had a hard day? This beer is the company to drink after. It has a lemony-fresh bite, which is sure to give you a burst of energy after a tiring day.

If you want to be recharged, this beer has international recognition as a good substitute for energy drinks.

Are you looking for a beer with character? If you are, then we’ve found the match for you.

Don’t let its name deceive you. This beer has quite an acidic flavor as a base, with some hints of cherry and blackberry. It doesn’t have some sweetness, though.

This farmhouse ale is known for its depth, and a slight hint of rosemary gives it some herbal notes to accompany the beer’s character.

If you have already tried the acidic and twangy stuff and want to try something sweet, this beer meets all your requirements.

Manufactured by Stillwater Artisanal Ales, this beer has a rich body with a maltier side. The hop profile is also balanced, resulting in a beer perfect for celebrating some achievements.

Have you ever heard of a flowery Saison beer? Well, now you have one.

Originating from Royersford, Pennsylvania, this beer is best described as “a whole bouquet of flowers”. This is due to the rosewater included in the brewing process.

It’s an unusual beer, for sure, given that it also has some nutmeg undertones.

This beer from Tampa, Florida, packs quite the punch, too. With a 9% ABV, this beer is full-bodied with an interesting taste.

It has a citrus zestiness, but don’t let that fool you. This beer has a high alcohol content, leaving you feeling dizzy after a few bottles.

Still, this beer is like a comforting shoulder after a tough day.

You might still be interested to know more about this beer product, so let’s tackle some questions to feed your curiosity.

Can I Purchase Spotted Cow Outside of Wisconsin?

Unfortunately, the brewery has stopped shipping outside the country, which means you CAN’T buy Spotted Cow from outside the state.

If you want to get your hands on this cream ale, you really have to visit the brewery.

Don’t worry, though. They have a gift shop where you can purchase packages of this beer. Now, your trip to Wisconsin will get you a sufficient supply of this flagship beer.

Is the Spotted Cow an IPA?

Nope, this beer is not an Indian Pale Ale.

Although it can have some sort of sour twang at the end, the Spotted Cow is one of the lighter beers. It has a mild sweetness, and it would feel like drinking a mix of banana, peach, orange, and apricot.

The body and flavor of this flagship beer are from the local flaked barley and Wisconsin malts. The cream ale might have a slightly “hard character” because of the water used, but it has a fruity side.

Unlike the bitter beer, the Spotted Cow has a complex taste that does not focus on the hop.

We hope this article has introduced you well to the beer named Spotted Cow. This beer certainly has quite the character.

We hope for the day you can finally taste the coveted beer.