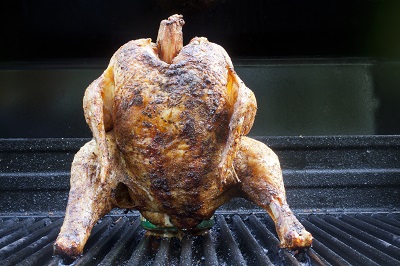 “The only real stumbling block is fear or failure. In cooking you’ve got to have a what the hell kind of attitude” -Julia Child

Her wisdom still carries on to this day, and the quote should help you realize that cooking failures happen to the best of us. Cooking with beer is no exception. Want an example?

One time, my boyfriend made crock pot chicken and vegetables. His secret ingredient? A home brewed IPA that was delicious on its own, but when added to the crock pot  resulted in us eating out that night. With that epic fail in mind I thought it might be helpful to list ten basic tips to help get you started adding beer to your home cooked meals.

Before we dive into the list, remember your basic ingredients of beer: Water, Yeast, Malt and Hops. When selecting a beer for a meal think about those four ingredients and how they’re going to interact with your dish.

This versatility makes beer extremely fun to play with in the kitchen.

Side note: We have six different tastes; sweet, sour, salty, bitter, umami, and fat. All six are fun to play with whether you’re cooking with beer or just drinking it!

Beer can be used for baking, broiling, frying, boiling, marinating and much more. Here are ten tips to get your tastebuds wet with beer-filled cooking.

Keep in mind that these ten steps are meant to help you get started with beer in the kitchen.

I started cooking with beer by adding half a can of a light lager to my frying pan full of two or three sliced bell peppers and one or two onions. Once the vegetables are tender I add the rest of the beer and let it cook another 5-8 minutes (this allows the alcohol to cook off). Throw some sausages on top and cover until they are  cooked through. 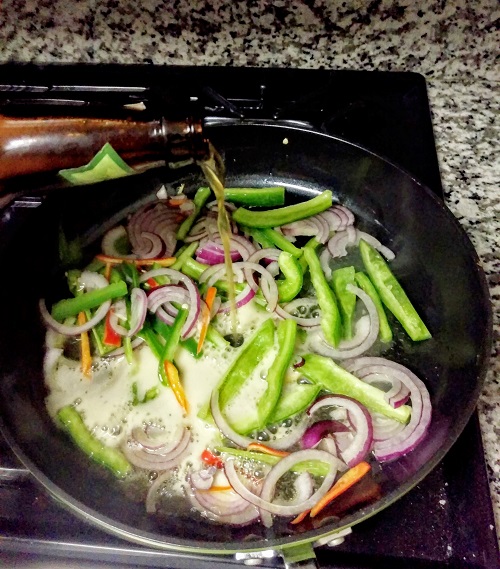 Here’s Billy B.”s attempt at this simple recipe. He used a bock. The rich malty flavors really balanced the heat from the peppers. It turned out great.

Coming soon will be more recipes and examples of how I integrate beer into my recipes and what mistakes I’ve found along the way. Stay tuned and happy cooking!