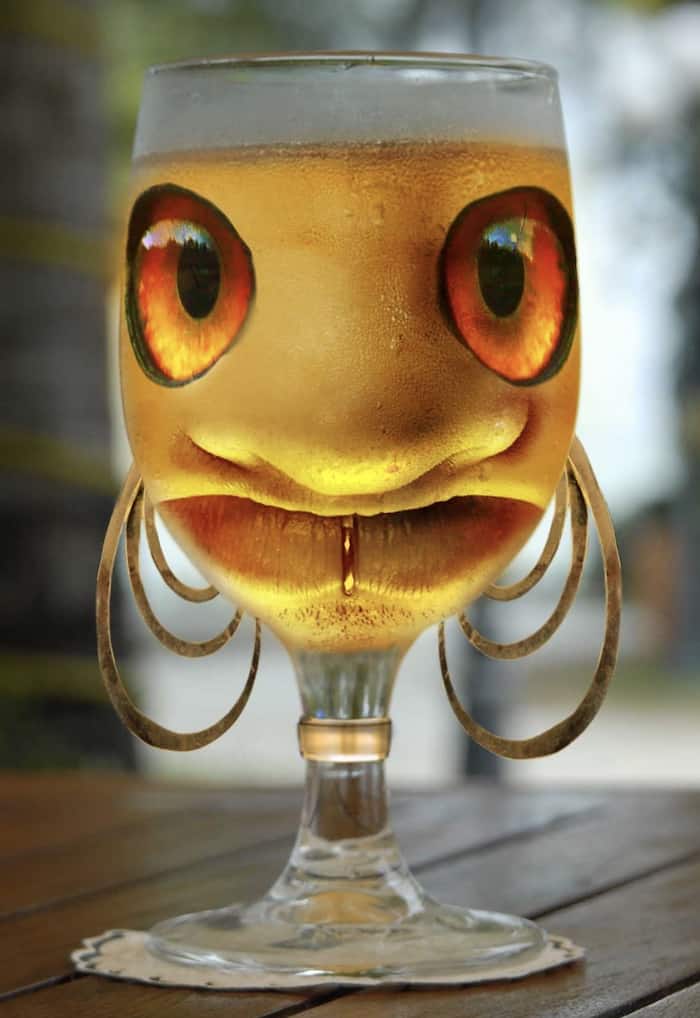 Do the words barnyard, sour, funky, and horse-blanket make your mouth water for a pint? They do for this beer geek.

I’m not alone. The county’s sour beer phenomenon has created an army of mouth-puckered fanatics. Breweries are responding by creating more of these beers than ever before, entering 119 into the Great American Beer Festival sour beer category in 2009 vs. 15 in 2002, as this NY Times article points out.

I got hooked on sours a few years ago after trying my first Belgian Lambic, and recently brewed my first sour homebrew, a Berliner Weisse.

It’s a strange thing for brewers to intentionally sour their beers because it involves using bugs that they are normally scared to death of. But with the controlled use of these critters, they can produce some of the finest suds imaginable.

So if you are wondering who you can thank for that sour flavor, here are the stars of the show. These are the 4 main bugs that brewers use to make sour beer:

Brettanomyces is the most common microbe used to sour a beer. So common that beer people refer to it as just “Brett.”  They even talk about Brett as if he’s an old friend.

“What are you doing today? Oh, chillin’ with Brett? Cool, tell him hi.”

Brett is really just a strain of yeast, the same organism that typically ferments your beer. What makes Brett special is its ability to ferment any type of sugar, including those that normal yeast cannot. It’s also extremely invasive and will take over a brew house and refuse to leave. If not contained, Brett will wreak havoc on a brewery, infecting everything in its path and bringing the brewer to tears.

Used correctly however, Brett will add a great flavors and complexity to beer. Russian River Brewery loves to use Brett and says:

“it can add rich aromas and flavors of earthiness, leather, smoke, barnyard, & our favorite descriptor-wet dog in a phone booth.”

Here are some beers that feature Brettanomyces:

The rest of the bugs listed are bacteria, and lactobacillus (Or “Lacto.”  Yes, it gets a nickname too.) is one of the most common. Like yeast, bacteria can ferment sugars into alcohol. A product of fermentation from Lacto is lactic acid. Lactic acid gives beer sharp, sour, acidic flavors. Lacto is famous for its use in the Berliner Weisse style of beer. If you ate yogurt today, then you reaped the benefits of lactobacillus.

Here are some beers that feature lactobacillus:

Pediococcus (“Pedio”, why not?) is a relative of lactobacillus. It produces most of the lactic acid found in lambics. A drawback of Pedio is its tendency to produce diacetyl, a chemical which gives beer a buttery character that is almost always unwanted. To combat diacetyl, Pedio is almost always used with Brett, which cleans up the diacetyl.

You can taste Pedio’s handiwork in sauerkraut, which it produces by fermenting cabbage.

Here are some beers that feature pediococcus:

Acetobacter isn’t as common as the others, but it still pops up in a handful of beer styles. Acetobacter’s souring agent is acetic acid, the key component in vinegar. Brewers have to be careful with this bug. Even a little bit too much will ruin a beer. Luckily, it needs oxygen in order to ferment ethanol into acetic acid, so dialing down the oxygen exposure will keep it in check.

Aceto takes center stage in Flanders Red/Brown ales. These sour ales from northern Belgium are traditionally aged in wood containing a smorgasbord of microorganisms, with Aceto being one of the main players.

Here are some beers that feature Acetobacter:

Belgians are really the masters of sour beers. They’ve been producing these beers for centuries in open fermentations that invite in wild organisms, and aging in old wood barrels crawling with critters. Lambic brewing is the poster child for this process with its spontaneous fermentation.

The Belgian’s long history of sour brewing gives them a huge advantage over new comer American breweries. Think about it – Belgian beers are aged in old wood barrels, some over a century old. That’s a long time for the microorganisms to evolve and develop complexity that a newer brewer can’t match. Jeff keenly observed this while tasting New Belgium’s take on a Flanders Red Ale.

Nevertheless, some American breweries give the Belgians a run for their money. Russian River is the absolute best in my opinion. For homebrewers looking to make sours, I am very much a novice (for now) but The Mad Fermentationist will scratch your itch.

Have you caught the sour beer bug?