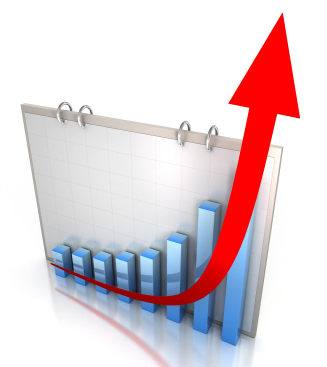 Trends in the commercial beer world are easier to spot. We’re exposed to them through the news, social media, and of course, what we see on our trips to the beer store. Canned beer, imperial [insert any beer style here], and sours are all recent crazes.

But following homebrewing trends is trickier. Batches aren’t posted on some central database for all to study.

Are homebrewers increasing in number? What styles are they brewing? What are the trends?

The NHC gives us some insight into these questions. As the largest homebrewing competition in the world, it provides a good barometer for measuring homebrewing trends.

I put my geek hat on and compiled the data from the past 5 years of competitions. What I found was surprising.

The first thing I wanted to look at was how many homebrewers were entering the competition. Was its popularity on the rise or decline? This high-level look gives an idea of the current state of homebrewing in the country. 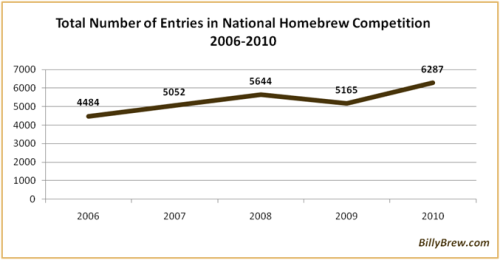 As seen on the first graph, entries in the competition have risen by 40% over the past 5 years. Entries have risen every year except in 2009 (what the hell 2009?), and the largest jump took place this year when entries rose 22%.

Onto the next question. I wanted to figure out what styles people were brewing, and what they weren’t brewing. This “style popularity” was the main thing I was interested in. Am I normal in my affinity for brewing IPAs? The data tells all… 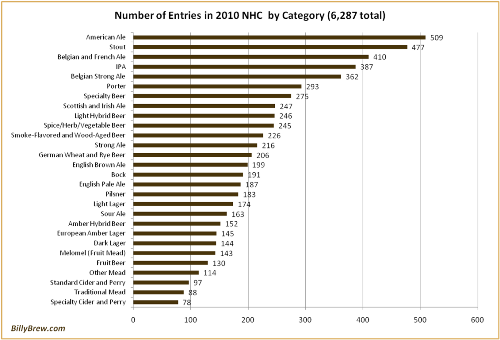 Hmm that is interesting. Looks like American Ales were the most popular style by a large margin. For clarity, the American Ale category refers to pale ales, brown ales, and amber ales. I guess that shouldn’t be too shocking – American brewers are making American styles. But I thought the IPAs would have given them a better run for their money. I’m even more surprised that stouts and Belgian & French Ales beat IPAs.

Maybe we’re not the hopheads we thought we were?

The bottom of the pack is not surprising. Ciders and meads are still very much a sub-niche of homebrewing.

On to the third and final graph. So American Ales are the most popular, but I wanted to know what was hot. That is, what styles are being entered at the fastest rates. Who is on their way to being the next Mr. Popular? 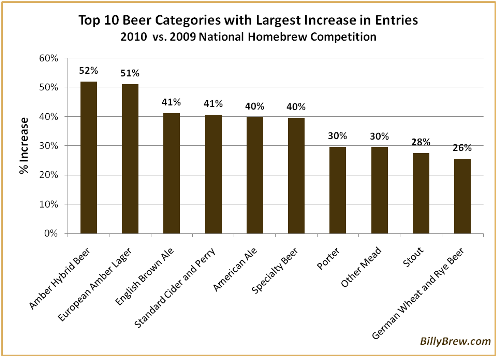 The Amber Hybrid Beer category consists of Northern German Altbier, California Common, and Dusseldorf Altbier. There were 152 entries in this category in 2010 vs. 100 in 2009. I gotta say that this one surprised me.

Whatever the reason, Amber Hybrids were hot this year.

Ok so I wasn’t content just looking at the fastest rising stars versus last year. That could be an anomaly. A better question is what style has increased in popularity the most over the past 5 years?

Answer: Standard Cider and Perry. Maybe the ciders won’t be a sub-niche for long?

If you’re like me and are in desperate need of a more active social life, then here is the Excel file to play around with to your heart’s content.

What do you think about these trends? Anything surprise you? Write down in the comments how your homebrewing batches resemble what is popular at the NHC.