The Fruit Side of Beer

Fruit additions in beer really are not a new idea. There is evidence around 7000 BC a group of Chinese villagers created a beverage using honey, rice, hawthorn fruit and/or grapes. Another sign of early use of fruit was contributed by the Egyptians, who used dates and pomegranates in their beer.

Although fruit additions for beer was not uncommon for many cultures, it was never a wildly practiced method of beer creation. Of course the Germans would find the entire fruit in beer idea laughable with Reinheitsgebot. The Belgians were actually the renegades of the brewing world when they began adding fruit to beer with cheery Lambics and Krieks. 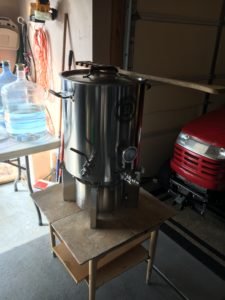 Now that we live in an age of Pastry Stouts being all the craze in the beer world, adding fruit to a beer is very common place with many microbreweries and homebrewers alike.

When to Add the Fruit

Upon searching for the popular question of “when do I add the fruit?” offers up a plethora of responses. The most common approach is to add the fruit at the end of the boil or during secondary fermentation.

I actually prefer the latter due to the ability to have complete control of what the beer tastes like prior to adding fruit. Adding fruit to the secondary allows for alcohol to be present and minimizes the chance of infection. 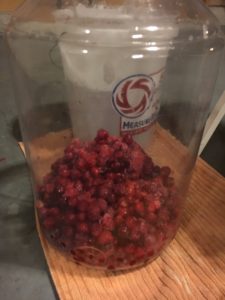 Cherries ready for the beer.

Above all, adding fruit to a beer really should compliment the flavor of the beer. Also, the amount of fruit you add does depend on how you want the beer to ultimately taste. Thinking like a chef or baker really plays into adding to the flavor profile of fruits mixed with beers. 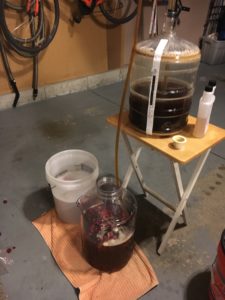 Transfer of beer onto cherries.

The type of beer that you include fruit is also really important. The flavors that exist in the beer should complement the fruit flavors. You do not want competing flavors, rather complementary flavors that work in harmony. Seeing how well chocolate and cherries go together, a Cherry Stout or Porter sounds like a likely pairing. 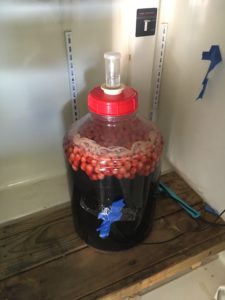 Cherries getting drunk on beer.

Cherry Darling – a Porter with Cherries 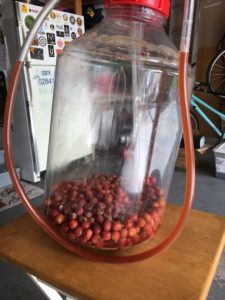 Finished beer being siphoned out.

The fascinating thing about this beer was the color. As illustrated in the photo above, the beer in the hose was the actual color for this beer. The cherries must have stripped away the dark color of the beer. The SRM of this beer 26.3.

Overall, I was really pleased with this beer. My friend, Brian, brewed it and shared it during a homebrew club meeting. He even submitted it to our Advent Calendar Project. This is a beer I hope he brews again.