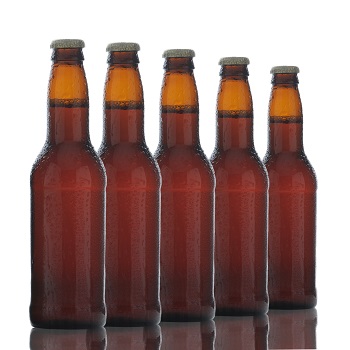 Over the past few years, I’ve been doing something that has improved my beer with nothing other than patience.

For each batch of homebrew I make,  I hang on to about 5 bottles in order to see how they develop over time.

In doing so I’ve had some wonderful surprises as my beer improves with age, as well as some…let’s call them learning experiences.

Homebrewers like to make rules, like the 1-2-3 rule (primary for 1 week, secondary for 2, bottle carb for 3). I’m sure if we looked at yeast close enough we would see them laughing at us.

Beer is alive and as much as we try to predict when it’s going be at its peak, we never know until we try it at different ages.

It took me a long time to realize I was polishing off whole batches before they hit their peak, and I see a lot of new brewers doing the same thing. If they would just wait another month or so their beer could turn from average into an award winner.

If you’re just brewing a one-off recipe then you won’t care about fine tuning it, but I know a lot of brewers are like me and want to have house recipes they create themselves and perfect over time with multiple batches.

If over time I learn that my porter is really rockin’ after 3 months, then that’s when I’ll drink/share it.

Keep in mind there are a lot of a lot of variables that affect how well a beer ages, a few being:

If you’re trying to nail down a recipe and one of these things changes, then your PDP may change as well. We can try to control for these variables as much as possible but as homebrewers there is only so much we can do.

The bottom line still stands: Save some beer to age because it may hit its peak later than you think.

Bitterness subsides, green apple flavors go away, and ingredients converge to create new flavors. You won’t know what your beer could be unless you give it a chance.

So the next time you brew a batch, don’t polish off the whole thing in two weeks. Save some bottles and witness how your beer develops. Even if you know a beer will get worse with age, I still recommend aging some bottles because it’s a good learning experience and will train you to recognize expired beer.

Does anyone else hang on to bottles to sample over time? Have you had a batch completely turn around?