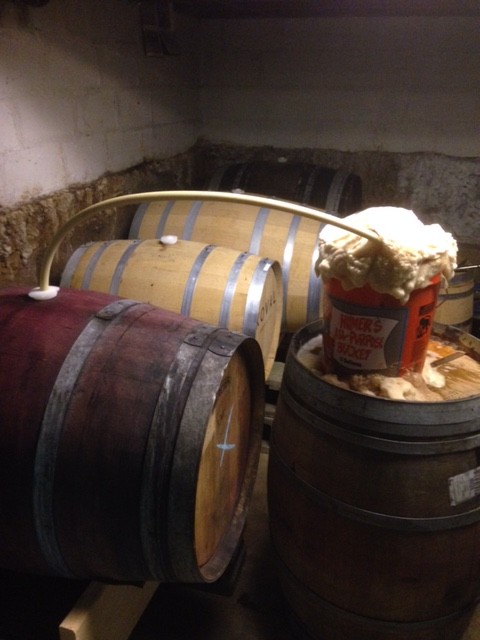 Sour beer has taken the craft beer world by storm. Some are even calling it the new IPA.

Just like other trends in pro brewing, this one has trickled down into the ranks of  die-hard home brewers.

Making clean beer is no easy task. Neither is making sour beer.

I’m still nowhere near an expert in Saccharomyces, yet (in true homebrewer fashion) my brain is saying,“let’s play around with Brettanomyces, Lactobacillus, and Pediococcus!”

As homebrewers, we can afford to go way out on the limb and risk a batch. If we botch it, we aren’t flushing a hundred thousand bucks down the drain. BUT… when you start playing with bugs, you can risk your entire homebrewery if you aren’t careful.

When brewing sours you, can add brett (wild yeast) and lactic acid producing bacteria such as lactobacillus and pediococcus — all of which are microorganisms which love sugar. These little guys tend to be a bit more resilient than brewers yeast. They also produce some off flavors that aren’t desired in clean beers.

In this post, I’ll outline the steps I’ve taken to keep my sour beers sour and my clean beers clean.

It’s pretty easy to do if you take these two key steps: 1) Purchase duplicate equipment and 2) Dedicate a separate room for sours.

Sour beer can be produced in a few ways.

Each method can produce some great beers, but for this post I will focus on the last two.

Whether you are doing this with clean sacch fermentation then inoculation in secondary, or if you’re doing straight to the primary, the equipment you need is the same.

Here is a list of the duplicate items that I have that make sure my sour brewing doesn’t effect my clean brewing.

The most overlooked gadget for brewing sours isn’t gadget at all — it’s space. That’s physical space as in a separate room, in the basement, or at buddies house.

Once you get a beer dosed with bugs it takes time, and most of all, patience.

You won’t be churning out IPAs if all your fermentation space is taken. This is where extra carboys, buckets, and even small barrels come in handy.

Warning: Be careful when doing sour beer fermentation in buckets because of slow oxygen creep over long periods of time, which can help acetobacter take hold and ruin a beer you have been waiting a year to drink. 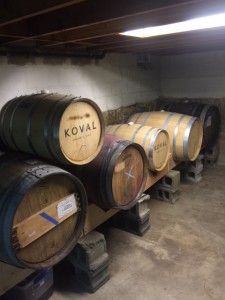 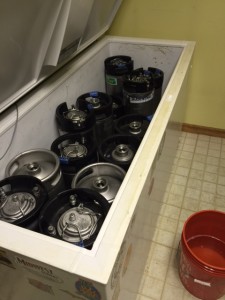 “Growlers? You make growlers of sour beer?” Nope. These guys I use house my yeast library.

Every time I drink a sour beer that I really enjoy, I keep those dregs (the yeasty stuff at the bottom). Over the years I have always keep my yeast vials. Never had a use for them until now. I will save the dregs for later or put them in a starter right away. 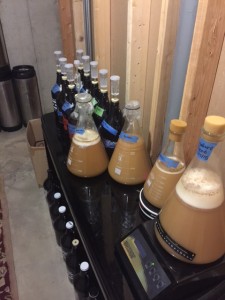 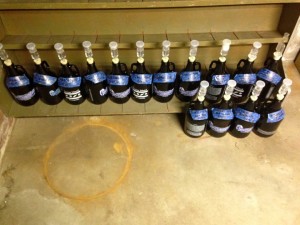 Why is it that all this extra equipment is needed? Well, these little guys are tough. They can survive until another sugar source pops up. Once they start munching, they start multiplying. That’s when your clean beer goes bad.

Doesn’t sanitizer kill them? Not always. Typically a nice hot bath at 178°F or hotter for 15 minutes to kill the bugs will do the trick, but not always. Also, not all equipment is high temp proof and you may end up melting something.

But is 2 sets of gear enough?

There are essentially 3 categories of beer:

In a perfect world you would have a separate set of equipment for all three categories, but I have relied on only having two sets: One for Sacch-only beers and one for Brett/Sacch & Brett/Sacch/Bacteria beers. I’d much rather have my brett beers get a little tart from bacteria than to have my clean beers get funky or sour.

Of course, you could take the chance at not buying extra equipment, but all your “clean” beers will eventually turn to the dark side. For that reason I highly recommend NOT doing this. Just shell out the dough when you can. It’s worth it.

My advice is to slowly start acquiring the equipment. Next thing you know you’ll have enough beer to start blending, which is the most critical part of producing great sour beer. It’s so much fun to explore the diversity and uniqueness of the sour beers you can create.