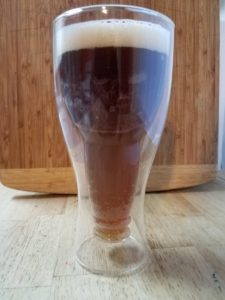 Here’s a riddle: When does smaller mean bigger? Answer: When it’s your homebrew pipeline. A lot of novice homebrewers start with small batches and that makes a lot of sense.

You don’t want to invest money, time, and space on a hobby that might not work out (and let’s face it, for someone new to brewing, it seems like a cross between rocket science and black magic). And there are companies that specialize in beginner kits and equipment for new small-batch brewers. That’s how I got my start, along with thousands of others.

But if the fever really gets hold of you, the tendency is to go big – five-gallon batches, ten-gallon batches, bigger and bigger bunches of batches! The rationale is that you’re cheating yourself if you don’t. I’ll address that in more detail later, but I know I’m not the only homebrewer who started small and moved to larger batches as soon as he could.

Make no mistake, I’m a die-hard fan of my fivers. But I still make it a point to brew smaller 2.5-gallon batches. In fact, they comprise two out of every three batches I make. This isn’t because of a lack of space or for budgetary reasons, either. And it’s definitely not because I don’t drink that much beer!

There are a number of reasons for keeping that little starter kit and making smaller batches. Let’s take a look at the advantages of small-scale homebrewing.

Homebrewing has a tendency to take over your life. You now look at a cooking pot as a brew-pot. Everything you see in a hardware store could become part of the brewery. You try to convince your wife your 3-year-old is capable of carrying boiling wort. It tends to take over your living quarters, as well. I’m fortunate that I have a full basement in my house. One-quarter of it is taken up with brewing stuff.

Other homebrewers have much more limited space for their equipment and the beer they’re conditioning. It may be a necessity to keep the operation small.

Diversity in the pipeline

That’s kind of self-explanatory. If all I have is a keg of blonde ale, then all I’m going to be drinking is blonde ale. But with smaller batches, I can have my choice of a blonde ale, an amber lager, a Kölsch, and a crisp and bitter IPA, depending on my mood or what meal I want to pair it with.

This assumes you either don’t drink enough to deplete your pipeline, or you’re like me and you brew every week. But either way, having a well-stocked and diverse beer cellar is extremely satisfying.

So many beers, so little time

Sometimes an opportunity arises that calls for a special homebrewed beer. Maybe it’s the holidays or a landmark birthday for someone special. Or maybe because it’s Tuesday, I don’t know your life. But when family and friends know you’re a homebrewer, there are times when they’ll ask if you can help make the occasion special with a custom beer. Often, five gallons is simply more than is needed. 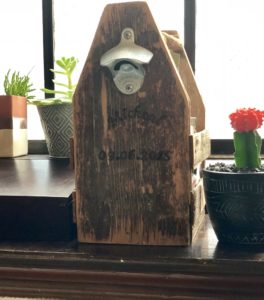 I had that honor when my son-in-law wanted me to create a beer he could give to his two groomsmen to thank them for their participation in the wedding. He’d already forked over six camels and a goat for my daughter, so I was on board. As I worked on the recipe, I made them in small batches. And even when I had nailed it down and made the final batch, I did it on a small scale.

A couple of bombers each and a six pack of longnecks in custom-made wooden carriers were a great show of appreciation.

This brings me to my next point. If you’re like me (and I know I am), part of the fun of homebrewing is developing your own recipes. But it can take a couple of trials before we’ve really nailed it down.

Artists use their sketchbooks to work out the preliminaries and the small details of a larger planned work. Small-batch brewing serves the same purpose for the creative homebrewer. Ask yourself: Do you need five gallons of a work-in-progress when a small batch will tell you what you need to know?

And when you do finalize the recipe, you can easily scale it up just by doubling the ingredients.

Homebrewing is a lot like having a kid: Making it is the fun part, but afterward there’s the care and maintenance.

Yes, I’m talking about the bane of all homebrewers — bottling. Like a lot of us, I’ve moved to kegs, so I never have to bottle five gallons of beer ever again. I even have a small one for the small batches. But since I brew a lot of small batches, I still have to bottle a good portion of them.

Now, it doesn’t take a math whiz to understand that fewer gallons mean fewer bottles, and that’s a time-saver right there. But if you really want to cut down on the chore of bottling, get yourself some bombers. Again, the math is pretty easy, and let’s face it; if you’re going to drink a beer, you’re probably going to drink two. So pour them out of the same bottle. 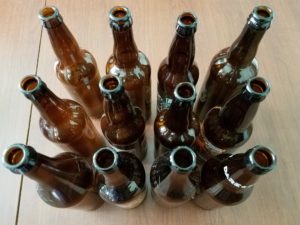 The choice is yours 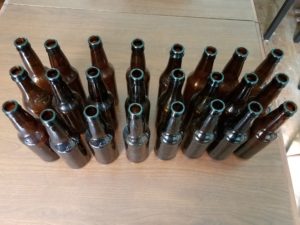 This brings me to the advantage of small batches for competition beers. You have to bottle them in 12-ounce bottles anyway, so why not make it easy on yourself? If you have a beer you want to enter in a competition or two, brew a smaller batch, bottle half of it in bombers and half in 12-ounce longnecks. This will take care of the competition entries and give you a few bottles to drink on competition day to steady your nerves.

I’ve written about going Mad Scientist and how much fun it is to try new techniques and styles. When they work out, it’s a great feeling to have a new recipe in the stable. But when they don’t work out, for whatever reason, the loss of 2.5 gallons of beer doesn’t hurt as much as the loss of 5 gallons.

I recall an experiment I did using oak chips. It was drinkable, but not all that pleasant to me. The astringent, woody taste really turned me off, and I decided wood-aged beers weren’t necessarily something I wanted to pursue. So now I know, and I didn’t spend a lot of money or have to drink a lot of a beer I didn’t care for. And I learned that sometimes it’s better to be a Rather Disappointed Scientist than a Mad Scientist.

It’s been said that it makes sense to brew larger batches because it takes just as much time to brew five or ten gallons as it takes to brew half that much.

Well, that’s true to an extent. A 60-minute mash is a 60-minute mash, after all. But I know a small amount of liquid comes to a boil faster than a large amount. This may not hold true for those of you who use powerful propane burners, but those of us boiling on our stovetops know there’s a big difference. And the cooling period for small batches can be faster, too.

There are other ways to save time on brew day that are suited to small batches. I’ve taken to making my 2.5-gallon beers with the BIAB method, which cuts out the sparge steps. I’m not so keen on trying BIAB with the volume of grain needed for fivers.

A few of the recipes I like in small volume are extract recipes, like the Groomsman’s Pride, and that really cuts down the time. Shorter brew days may mean more frequent brew days. This is a hobby we enjoy, but let’s face it: Sometimes it’s hard to isolate the time needed for a full-on, Last Days of Pompeii-style AG brew day. Having the ingredients on hand for a quick small-scale extract batch doesn’t tie up your whole morning. And it means another case of beer in the pipeline. 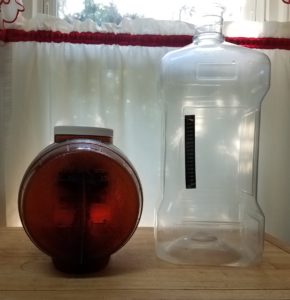 Short or tall, they both work fine

The long and short of it

On first consideration, continuing to make homebrew in small quantities doesn’t seem logical. Obviously, 5 is twice as much as 2.5, so – duh – you’ll be making twice as much beer when you brew.

But the reality is that we might be cheating ourselves by ignoring the benefits of going small. Different circumstances call for different approaches. Small-batch brewing has many benefits, so don’t shortchange yourself. Good things come in small packages. My wife and daughter – both 5ʹ2ʺ – would agree with that.