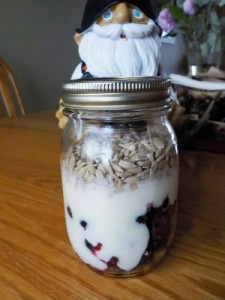 Allow me to switch things up a little bit.

Yes, this is a homebrewing blog. Occasionally you’ll get an alternative fermented drink like Plum Wine (if you haven’t read Robert’s awesome post, go do that now. I’ll wait).

Obviously, I brew my own beer, but I am also fascinated by fermented food. Eventually, I’d like to get into making cheese, but that whole process is a little daunting to me. Well, yogurt is super simple to make, and (to me) a logical transition into more complicated fermented foods.

Yogurt is also nutritious and delicious. It is full of calcium and potassium. It has lots of high quality protein, and “they” say yogurt bacteria has all kinds of health benefits.

Homemade yogurt is ridiculously less expensive than the yogurt you buy from the grocery store.

Mostly, I started making yogurt, though, because my sister posted on Facebook that she was making Creamy Homemade Greek Yogurt in her Crock Pot. That idea made me curious enough to have to give it a try.

Another thing about homemade yogurt: much to my surprise, people (in my case, mostly my co-workers) think it is cool when you make your own yogurt. Everyone knows someone who homebrews, but in my experience very few people make their own yogurt.

Yes, two ingredients. I told you this was simple.

Again, this is a super simple process. It is time-consuming, about 10 hours, but most of that is waiting time when you can be off doing other things. Quite often, I do my yogurt making on beer-brewing days.

Step 1: Heat your milk.
As I mentioned above, I use a crock pot to heat the milk. I turn the pot on high and let it heat for a couple of hours. I use a brewing thermometer to make sure the milk gets over 180ºF. The reason for this step is to “denature” the whey proteins to allow a more stable gel. I think maybe this step also provides some pasteurization, but that isn’t really that critical if you don’t use raw milk (I don’t). 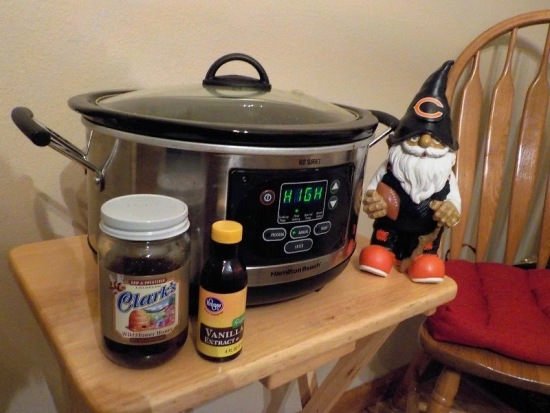 Step 2: Cool your milk.
I cool the crock pot in an ice bath in my kitchen sink. It only takes a few minutes for the milk to cool to around 110ºF. Too much higher, and your bacteria will die. Too much lower, and your fermentation will take a long time. According to Milk Facts, 108ºF is ideal, but I would say anything between 85ºF and 120ºF is fine. 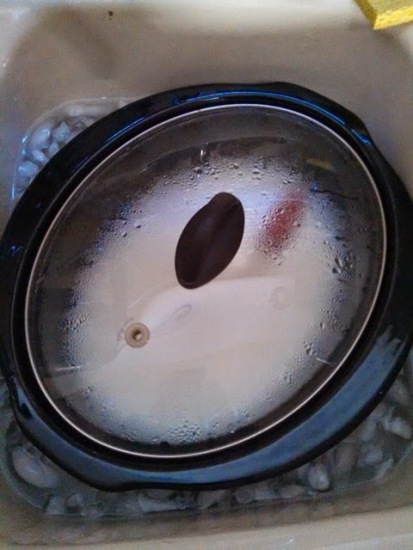 Step 3: Inoculate your milk.
To ferment into yogurt, you need bacteria, mainly Lactobacillus bulgaricus and Streptococcus thermophilus. Again, to get started, the simplest thing is to run to the grocery store and buy plain yogurt. Make sure the packaging of the yogurt says something like “Active Cultures”. Once you have made a batch, you already have homemade active cultures, so use that. I add maybe half a cup and simply stir it into the milk. 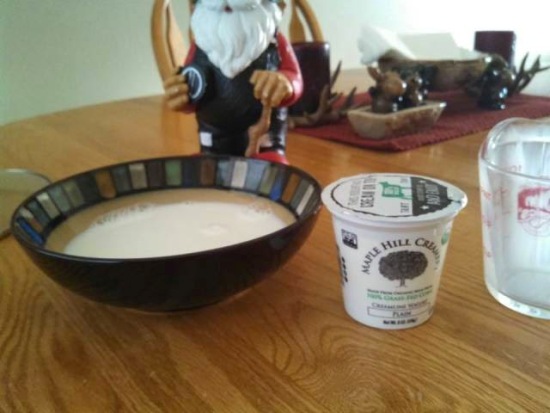 Step 4: Ferment the milk.
You do want to keep the bacteria happy, which means keeping the temperature as close to 108ºF as possible. I let it go 6 to 8 hours. I heat my oven to to around 120ºF, wrap my crock pot in a towel, and place that in the oven. The bacteria interacts with the milk lactose, making lactic acid. The lactic acid causes the milk to basically clot into the soft gel that is characteristic of yogurt. This fermentation of lactose also produces the flavor compounds that are characteristic of yogurt. 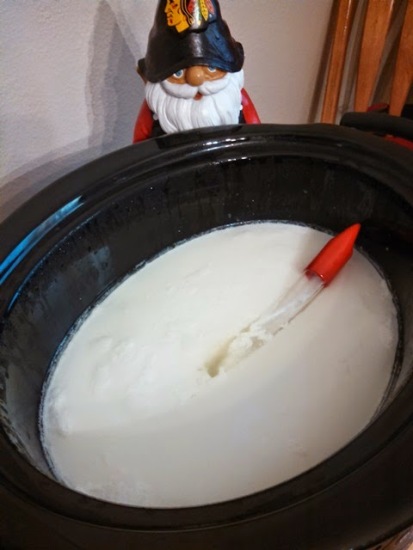 Step 5: Strain the Whey (optional):
Once you are done waiting for the bacteria to do its thing, there will be liquid separated from the yogurt gel. This liquid is the “whey”. If you want, you can strain this off, making Greek yogurt. Of course, if you don’t want the creamier, more solid “Greek yogurt”, you can just leave the whey in there and mix it up.
Personally, I do strain. I put down a dish towel onto a colander and dumped the whole batch into that. I let it sit for 45 minutes to an hour and then scoop the whey-less yogurt into a container and put it in the fridge. You can decide if (and how much) of the whey to remove. I save a little of the whey to inoculate my next batch. 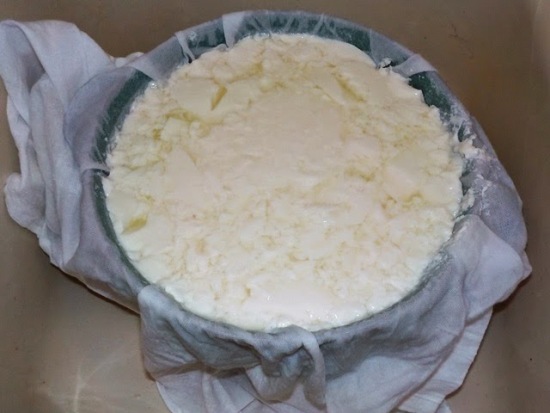 The steps above make plain yogurt, which is wonderful. Some people in my household find this a little … well … plain.

I won’t go into details here, but there is a website called Yogurt from Home which can give you ideas on how to liven up your yogurt recipes.

I will share my experiences with adding other ingredients, though. I’ve found that adding fruit is better done after the whole process is done. I’ve found that a little vanilla and a little honey mixed into the milk right before it is cooled is the best way to sweeten up the yogurt.

My “ideal” recipe (so far) is the plain yogurt I described above with 1/3 cup honey and 2 tablespoons vanilla added before inoculation.

For my “ideal” breakfast serving, I’ll fill a pint mason jar about 3/4 full of frozen mixed berries, and scoop my yogurt on top to fill the rest of the jar. Then, I’ll sprinkle on some sunflower seeds or pine nuts. I’ll let that sit in the fridge at least overnight, which allows the frozen berries to thaw.

This is delicious. I bring the mason jar to work and eat as I start up my computer and get the day started. As I mentioned above, co-workers think it is cool that I made my own. 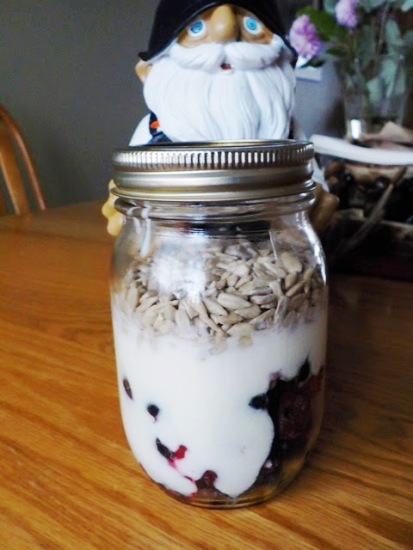 Here are some additional links for you to look at for more information:

If that isn’t enought, there are tons of articles out there. Use your search engine of choice.

What do you think?

Well, that is it for me (for now). Leave comments below.

I am looking forward to seeing what the Homebrew Academy Community has to say about this article. Please feel free to leave multiple comments!