Tasting Through the Schlenkerla Smokebeers 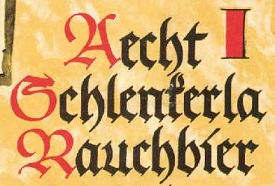 Part of my brutal training regimen is drinking a ton of German beer. We’re planning on spending one or two days of the trip in Bamberg, which is about 140 miles north of Munich.

It’s home to the Rauchbier style of beer, or “smoke beer”. No liquid smoke in these though. This is the reaaaal deal. They produced it via the authentic practice of smoking the malt during the kilning process.

Schlenkerla is the most famous Rauchbier producer. They are widely distributed in the U.S. and if you haven’t tasted it, you likely recognize the label.

I had Chris and Jeremy from Pintwell over to help me out in a group that we are morphing from our BJCP study group into what we’re calling The Denver Tasting Lab.

We tried five of the Schlenkerla beers: 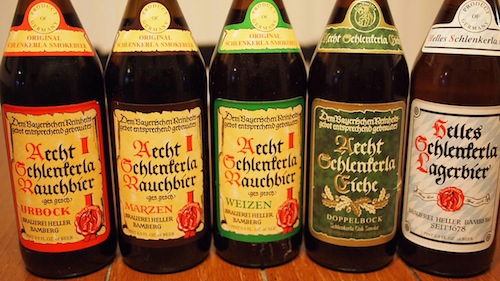 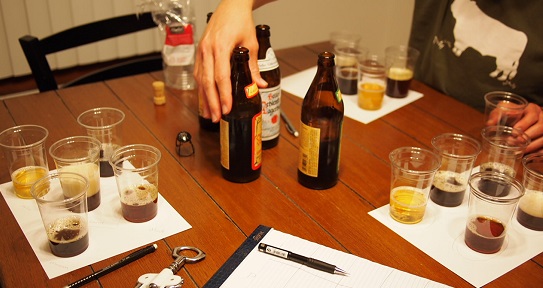 Putting the rauchbiers head to head

My favorites were the lager and the weizen, with the lager edging out the weizen if you force me into choosing. I think the reason I prefer these two is that they offered the most non-smokey characteristics.

Not that the smoke flavor was bad. On the contrary, I loved it and how rich and natural it was. It’s just that I felt the lager and weizen had more complexity and were less one-dimensional than the others. The lager was especially impressive in how subtle the smoke was but also how critical it was to the overall flavor profile of the beer. It’s truly masterfully crafted.

Credit has to be given to the Marzen which I would call the granddaddy of them all. It’s the most intense and left me with a severe craving for bacon.

Here are some thoughts from Chris and Jeremy:

“The thing that sticks out in my mind is that most of these beers had a very pleasant, natural, but not overpowering smoke aroma, unlike some domestic versions which contain the artificial stuff or which overwhelm such that each one feels like smoking a pack of cigarettes. Also, any one of them would be great to pair with a nice grilled meal.”
– Chris

“The thing that sticks out for me is the flavor of bacon in the marzen. There have been a few breweries to attempt a bacon beer, but this one does it naturally and without trying. I love it when a beer is able to bring flavors to life without being over-the-top.”
– Jeremy

This was an incredibly fun tasting and I highly recommend you try it out. A word of warning though: if you do this tasting, save these beers for LAST. The aroma filled the room and I was tasting smoke in my mouth the next morning.

Have you tried the Schlenkerla beers? Which ones?