Return of the White Falcon 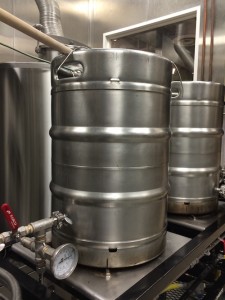 A few years back I got to try GumballHead from Three Floyds via beer trade. Back then (and even now) American Wheat is not beer style beer you find a lot of in Southern California.

I got hooked with that style and brewed multiple variations just trying to get that perfect beer. The low ABV, crisp, hop forward and extremely easy drinking. I brewed a few different recipes and was never really satisfied with the final results.

In 2012 I found myself trying to figure out what to brew for the Iron Brewer competition. In that competition, you are required to use a 3 ingredients that were specified by the organizer, In my case it was White Wheat, Crystal 120 and Falconer’s Flight hops.

Here is my original recipe for White Falcon. This beer won the round and I finally felt that I made a beer that met my expectations.

Fast forward and I again found myself brewing for a competition that had it’s own brewing challenges. Phantom Ales, a local homebrew store and nano brewery put on a Hop Wars brewing competition.
The competition consisted of the following guidelines:

My plan of attack

My Answer….Return of the White Falcon 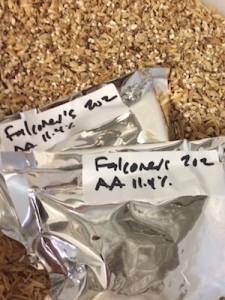 I was able to win this round of the Hop Wars and it’s now time to start thinking about the next round.

Less can be more and simple can still result in a winning beer.