We have all been there before. We plan on brewing that perfect Hefeweizen, and then friends come to visit, or work gets priority. The brewday gets pushed back to the next weekend, then another week, and before we know it we haven’t brewed for 2 months.

Maybe you don’t get busy, just discouraged and bored with the beers you’re making, perhaps even intimidated by new recipes? Let’s get focused and back on the saddle; it just takes a few tweaks in approach to feel enthusiastic about homebrewing again. 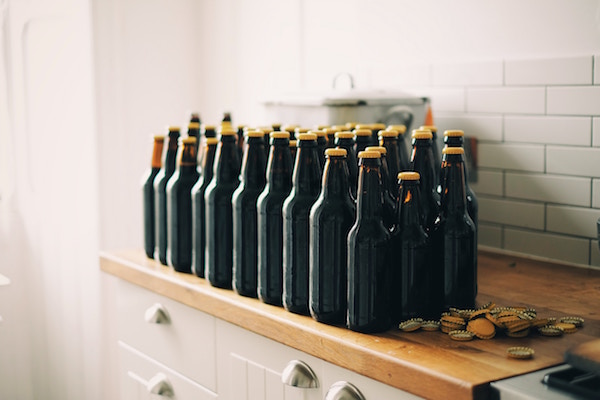 It can be very discouraging—especially for a beginner—to put the time and effort into brewing beer and have it not come out how they hoped.

Obviously this new homebrewer’s issue was with improper sanitation. His sanitation methods seemed reasonable, so my suggestion was to replace his racking cane and fermentation bucket—basically anything that would came in contact with the cooled wort—before brewing another batch.

While replacing equipment for sanitation is not common, it’s elemental to remember that good sanitation is completely necessary for brewing great beer.

Good fermentation practices may be the next best way to improve the flavor profile of your brew.

The esters and off-flavors from fermenting at 75°F may be overlooked in your excitement from brewing your first few batches, but after eventually they become noticeable. Controlling fermentation temperature, pitching enough yeast, and oxygenating your wort will quickly bring your friend’s comments from the unenthusiastic “Wow, you brewed this?” to an impressed “This is better than beer I buy regularly!”

Most new homebrewers seem to get hung up on a style rut.

Brewing different beer styles is a great way to get back into the swing and end the uncommitted homebrewing pause. Most new homebrewers seem to get hung up in a style rut. Every brew is 75 IBUs and 7.5% ABV. Now, I love piney IPA’s as much as the next beer drinker, but if that’s all I brew I get bored pretty quickly. To help get inspiration, I’ll often try to brew styles that I overlook when I’m at the local craft beer bar.

Learning about the techniques and history of a Porter or Belgian ales adds a lot to the enjoyment of brewing them, as well as sampling delicious variations of them also. Additionally, these often overlooked homebrew styles tend to turn out better than you’d think.

I rarely brew an IPA that is as good as my favorites (Ballast Point Sculpin IPA and Dogfish Head 90 Minute IPA), but I can pass off my simple Dry Stout as a commercial brew almost every time.

Buying new equipment that increases your efficiency to brew good beer is an excellent way to kickstart your brewing again. From my experience, the gamechanger was getting a kegerator. As soon as I realized I wasn’t going to be washing and sanitizing 50 bottles every batch, I got a lot more happy about the process behind the beer I was brewing. If you are an extract brewer, moving up to all-grain equipment would be the perfect next level.

While you can brew some tasty beer using extract recipes, moving to all-grain recipes will add a lot more variety and flexibility to your book of beers.

Other time-saving purchases that I consider essential include a good wort chiller or a high powered outdoor burner. As the weather warms up wherever you are, brewing outside has the benefit of being faster, more relaxing, and enjoyable. It’s a must try if you have the outdoor space.

The benefits of joining a homebrew club, meeting new brewers, and talking about brewing with friends will help get you excited about brewing again. Homebrew clubs across the nation meet up once or twice a month to discuss a topic or theme, generally involving some food and beer while providing a forum for homebrewers to meet and share their beer.

For me, it’s a great time to get together with other homebrewers to taste homebrew, hear feedback and brewlosophy, and trade tips and techniques.

In cities all around the country, homebrew clubs have fun, meet, trade beer, and even brew together.

If you haven’t visited a local brew club, take a look at the list of clubs at the American Homebrewers Association. There may be no better way to get more out of your homebrewing experience than by hanging out with like-minded people. When you join a local brewing community, the beer you brew will improve, and you’ll find a lot more pleasure brewing it.