What happens when close to 2,000 homebrewers gather in the same place? A few words come to mind:

That describes the scene at the 2012 National Homebrew Conference in Seattle (Bellevue) Washington at the end of June. It was my first NHC and needless to say, I was pumped.

Here are some of the main events and highlights from the event.

The seminars are the meat and potatoes of the conference. Experts from across the beer industry deliver educational topics that offer something from everyone.

Rather than transcribing every seminar I attended, the American Homebrew Association made it easy on me by posting every seminar in the membership area of their website. They have posted presentations in the past, but this is the first year that they recorded the audio and video to go along with the PowerPoints. This is worth the price of a membership alone.

If you’re still not a member (wtf?) and want some highlights, here you go:

Along with the seminars were Poster Presentations by homebrewers. I wasn’t sure what this meant, but they were literally poster presentations. School style. 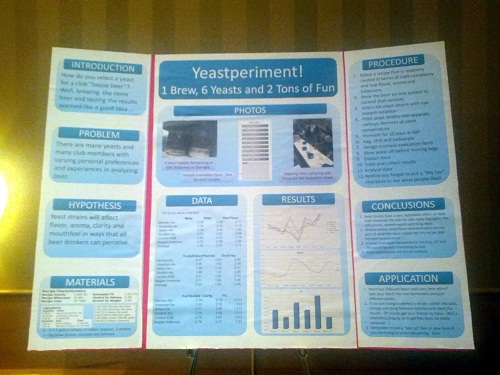 I loved this event. These were the nerdiest of the nerdy homebrewers. One particularly great presentation was the one in the picture above. The homebrew club brewed the same beer with 6 different types of yeast. Trying these side by side was eye-opening. They were all very different.

Pro night was a fantastic and unexpected surprised. I saw it on the schedule, but wasn’t quite sure what it meant. It’s basically a mini beer festival. Area breweries lined the conference room and handed out 4 oz pours. The best part was the opportunity to try beers from Washington breweries that I normally can’t get, like those from Black Raven and Chuckanut.

I thought it would be hard to beat Pro Night, but Club Night did just that. It wasn’t the quality of the beers. The Pros had better beer overall (as they should), but the atmosphere of Club Nigh was unreal.

The clubs went all out. Extravagant booths, costumes, the whole nine yards. Check out the booth for the Seattle Proper homebrew club below. They even made a time-lapse video.

A few of the beers were outstanding, most were good, and a handful went into the dump bucket. One of the really cool things was the chance to try beers from homebrewing celebs Denny Conn and Gordon Strong. Gordon’s mead is the first one I’ve ever enjoyed. Nice job G-man.

It was also my first time trying the famous EdWort Apfelwein. The homebrewer who made it used ginger. Man this stuff is tasty, and apparently stupid-easy to make. Time to brew some up. 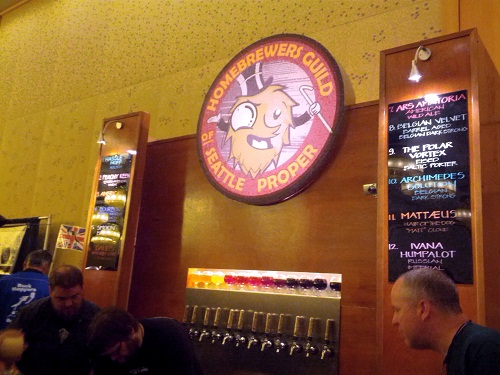 You’ve never seen so much drooling in your life. There were gadgets everywhere at the exhibitors display. Electric brewing systems, conicals, brew stands…it was a homebrewer’s dream. Blichmann was a particular favorite. The shine from their gear blinded the room. 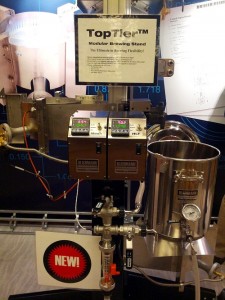 The Blichmann Tower of Power setup up on a Top Tier

Sean Paxton aka The Homebrew Chef organized The Grand Banquet and it was absolutely incredible. Take a look at the menu and beer pairings. Everything was delicious and paired beautifully. I felt spoiled eating the perfect food while having waiters deliver bomber after bomber of beer to the table. The suds never stopped flowing. 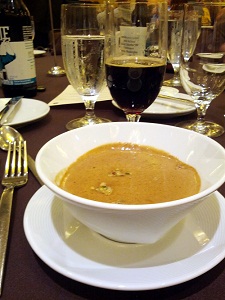 Wild Mushroom Bisque – To die for

The final part of the night was the award ceremony. Winner after winner was called to accept their award for their style category. You have to be impressed with these guys. They beat out hundreds of other beers (630 entries in for Stouts – Jesus) to take home the gold. These are the best of the best.

Next year is Philadelphia, and I will do everything in my power to attend. I suggest you do too.