I'm going from the Blue Ridge Mountains of Virginia to the Colorado Rockies. Both beautiful, but very different.

This Friday, I’ll be driving across the country in a 16′ Penske truck, lovely girlfriend at my side.

After 15 years, I’m leaving Virginia. It’s the place where I did most of my growing up (assuming I did any), went to college, and started my career. Recently, my company gave me the option to transfer to our Denver office.

Am I taking it? Damn right.

But why should you care where I hang my hat? After all this blog is first and foremost about beer, not Billy.

Steve Irwin, aka the Crocodile Hunter, was a passionate dude. He’s known for going to insane lengths to explore exotic and usually deadly animals. He treated a 12 foot crocodile like it was a household Labrador. 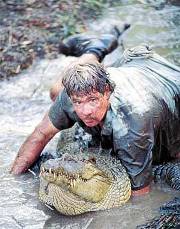 But did you ever watch the shows where he was in a zoo? Instead of jungles and rivers, he was surrounded by concrete and a metal fence. The 12 foot croc was still there, but it wasn’t quite the same as his trips to the Australian Outback, was it? You didn’t quite learn as much when he was in that environment, did you?

Well in beer terms, I’m going from the zoo to the Outback.

Don’t get me wrong, Virginia has some great beer. The newly formed Brew Ridge Trail is a must for any beer traveler, and the Devil’s Backbone Brewery recently grabbed the title for the best small brew pub in the world.

But Denver is one of the best beer cities in the world.

Colorado is renowned as one of America’s top beer states. Denver and the surrounding cities of Boulder and Fort Collins are the epicenters for Colorado suds. They are home to gems such as New Belgium Brewing Co., Great Divide Brewing, and Oskar Blues. The accolades are drool-worthy:

It’s not only the quantity of beer that Denver produces that makes it beer heaven, but the quality. Here’s a list of the breweries that Denver and the rest of Colorado have to offer.

What it Means for BillyBrew and You

The bottom line is that it is going to be a better blog. I’m still a beer newb, but living in Denver will give me the tools to step up my game. Everything I learn I’ll pass on to you through BillyBrew so we can enjoy this great world of craft beer together. You can expect better posts, smarter insights into beer, and a ton of homebrewing tips to make you a brewing rockstar.

I’m going Steve Irwin on you. Into the Outback we go. I hope you come with me.