The Weird Fruit that Neutralizes an IPA’s Bitterness 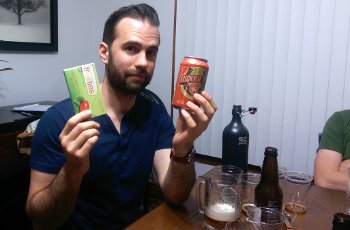 I had a surprise for Chris and Jeremy at the end of our Old Crustacean Vertical Tasting.

No, we weren’t about to put on house music and break out the glow sticks. Miracle Frooties turn bitter & sour foods sweet. They are capsules made from Miracle Fruit (Synsepalum dulcificum) which is grown in West Africa.

When I came across these things my instant reaction was to try them with a bitter beer.

So after our Old Crustacean tasting each of us popped a Frootie and waited the few minutes for them to dissolve in our mouths. Our IPA was Lucky U IPA from Breckenridge. We took a “control sip” beforehand to see how the Frootie changed it. Lucky U isn’t a crazy bitter beer but there is a firm bitterness. Enough that if these things worked, it should be very noticeable.

As we waited for them to dissolve we were all pretty skeptical about if they would work. How the hell could a bitter beer be turned sweet?

Well, that’s why they call this thing the Miracle Fruit. Fully under the influence of Frooties, we took a sip of IPA and…. it tasted completely different! The best way to describe the new flavor is “strange”.

The bitterness was almost gone. It was replaced by a sticky, candy-like sweetness. Also, there was some diacteyl before but it was now a complete butter bomb. There were more fruit flavors as well. No, it didn’t taste good. The Frootie sure as hell didn’t improve the beer. It did radically change it though.

But we weren’t done. We wanted more. We had to really put these things to the test.

Next up was straight up lemon juice. I cut up a few and squeezed an ounce into cups for each of us. Were the Frooties up to the challenge or would the ultra-sour lemon juice win? 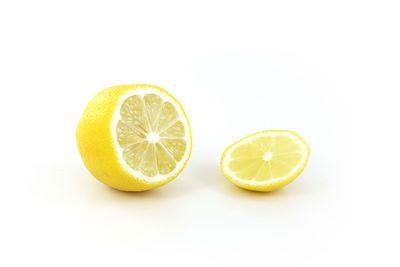 The Frooties were 2 for 2. It tasted like sugary lemonade!

Seriously, there we were sitting around the table drinking lemon juice without even a hint of a pucker on our faces. Crazy shit man….

You have to bring the Miracle Frooties to your next beer tasting. I really wish we would have brought some different beers and fruits to try out, so stock up. If you try them, leave a comment and let me know what foods/beers you tried and how they tasted.

p.s. Let’s take a moment to reflect on what total beer geeks we are. Living in Colorado we could have easily walked to the nearest recreational marijuana store and had a grand ole’ time. Instead we sit around and “flavor trip”. Yes, the geekery runs deep in us.