Kolsch style beers are crisp, delicate, and very drinkable. This is sure to quench your thirst on a warm spring or summer day.

Cologne is along the Rhine River. The Cologne residents were looking for something different from the old brewing method of lagering their beer. They were so serious about this, a law was passed in 1603. This law insisted only top fermented ales were to be brewed in their city.

The city of Cologne and the Rhine River. Picture courtesy of uniworld.com

In 1985 the Kolsch Konvention was held to ensure that only Kolsch beers  brewed in Cologne, Germany. Thanks to the twenty-four breweries attending this convention, whenever a non-Cologne brewery brews a Kolsch beer the beer is labeled as a “Kolsch-style beer.”

Top fermented refers to beers fermented at temperatures of 57 to 68°F or 14 to 20° C. After the fermentation process has concluded, a lagering process then begins. 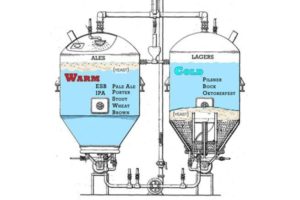 This graphic from popsci.com, illustrates the difference between top and bottom fermentation quite well.

My love for Kolsch beer began shortly after I discovered IPAs. A nice Kolsch is a welcomed diversion from the overly hoppy beers that many of us tend to enjoy. The smooth, crisp mouthfeel of this beer along with its low noble hop profile allows our palate to have a much needed break. The lower abv was a nice contrast to the 7-8% IPAs and Double IPAs.

My desire to brew a Kolsch came at a perfect time. The week prior to my brew day I had attended HomeBrewCon 2018 in Portland, Oregon. I attended a talk by Marshall Schott and Matt Del Fiacco, from Brulosophy and Sachin “Chino” Darji entitled, “It’s a Sprint, Brewing Beer Faster,”

One of the many advantages to attend HomeBrewCon. Attending great seminars like this one.

In this seminar, these guys suggested that a thirty-minute mash and thirty-minute boil was quite a possibility for homebrewers.  Some valuable time was shaved off of the brew days. My desire to test out what I learned from these three was pretty high.

My wife’s family was arriving at our house at noon that day. I needed to complete my brewing before they arrived. With my time restrains, I figured a “Short and Shoddy” brewing method would be the best way to handle this brew day.

I already had my grain milled and purchased my RO water from the neighborhood grocery store the prior day. After taking my strike water to 147° or 63 ° C, I poured my grains into my brew bag and mashed for a quick thirty minutes. 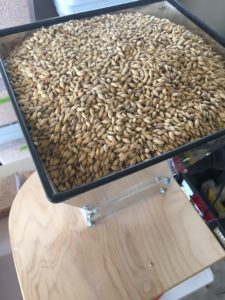 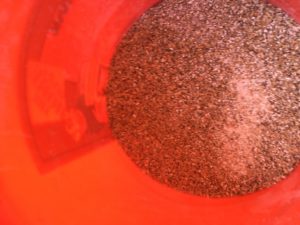 Another time saver on your brew day is to have your grains milled the day before.

After the mash and squeezing the bag, I brought my wort to a boil and continued to boil for thirty minutes. The other important thing that I learned from the talk was to increase the bittering hops by 50 percent. This reflects the recipe that I have included below.

I was cautiously optimistic about this brew day. I wanted to have some evidence to fall back on to say that a thirty-minute mash and boil helped produce a solid beer. My brew day was only three hours.

I did taste it while checking the gravity only a mere four days after my brew day. I was very pleased with the way it tasted. Although there was some sulfur, the dryness and flavorful yeast profile really stood out in this small sample. 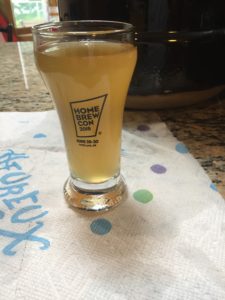 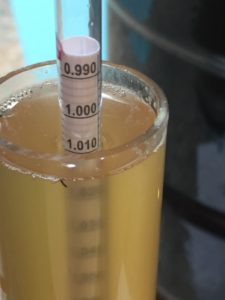 Gravity reading at the end of brew day, after fermentation (four days later), and a sample to try myself.

Above all, this brew day illustrated to me the possibilities of continuing to spend time brewing beer in my garage and spending much need time with my family.

As any homebrewer can attest to, time or the lack thereof, is the true enemy of any truly obsessed homebrewer. This brewing method, “Short and Shoddy,” is the real deal. It has confirmed to me that brewing does not have to be an all-day venture. 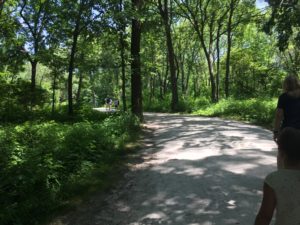 Thanks to a shortened brew day, I was able to enjoy these trails with my family.