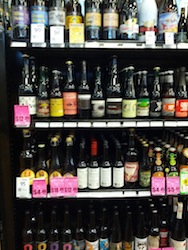 Way back when, if you wanted to drink something different in the U.S., it had to be an import. You could argue that dark beer meant import. To many it still does.

Things have obviously changed. There are around 2,000 breweries in the U.S. each producing around a dozen beers, which if my math is correct, equals a shit-ton of different beers.

I know it’s overwhelming for me. I try to drink as many different varieties as possible. My uniques on Untappd are more important to me than my total.

But we don’t live in a bubble, and the craft revolution is taking place at a worldwide scale. Mikkeller, Brew Dog, and Baird are all familiar names of international craft breweries. Not to mention the “old” imports: Sam Smiths, Chimay, Orval, Weihenstephaner, etc.

My question is this – do you make an effort to drink craft beers from other countries, or is trying American craft beer enough of a challenge for you? Let us know below. 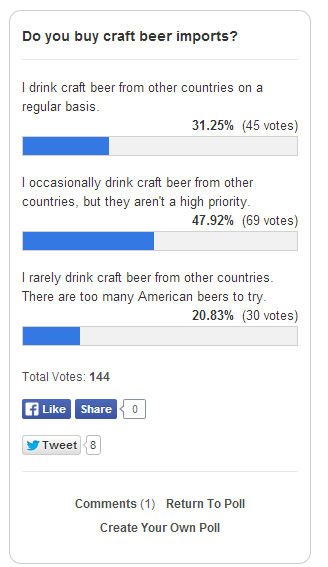 I’m defining craft beer by flavor and not by the Brewers Association requirements, so include the Sam Smiths, Belgians, and other international “craft” breweries.

Personally I fall into category #2. I’ll try a handful of imports each month, but for the most part I focus on trying American craft beers. One thing I do before trying the latest Mikkeller animal poop beer is ask myself whether there is a classic that I haven’t had, like a Trappist beer.

What’s your stance on buying imports? Tell us in the comments.