So today we are making a baby shower beer. We are using a recipe for Belgium wit and we are going to use fruit in one of the carboys, blood oranges “Dexter style” and flowers and the other car boy for the hibiscus and we’re going to hopefully get a pink or red beer for a girl.

In terms of the recipe we’re using are already simple, a Belgian wit recipe. It’s got white wheat malt, two row American pale, Vienna Malt, flaked barley and for hops we are using some cascade hops.

So it’s standard kind of boring Belgian wit and then we are going to make it a bit more interesting by adding the blood orange and the hiscous. I dont think I had a beer with flowers before.

How’d to Google what it was. Yeah, never heard of it. If you’d had one you wouldn’t make one. One take it. I can’t wait to try this one. All right, I’ll not do it ever again. Hibiscus beer; check! 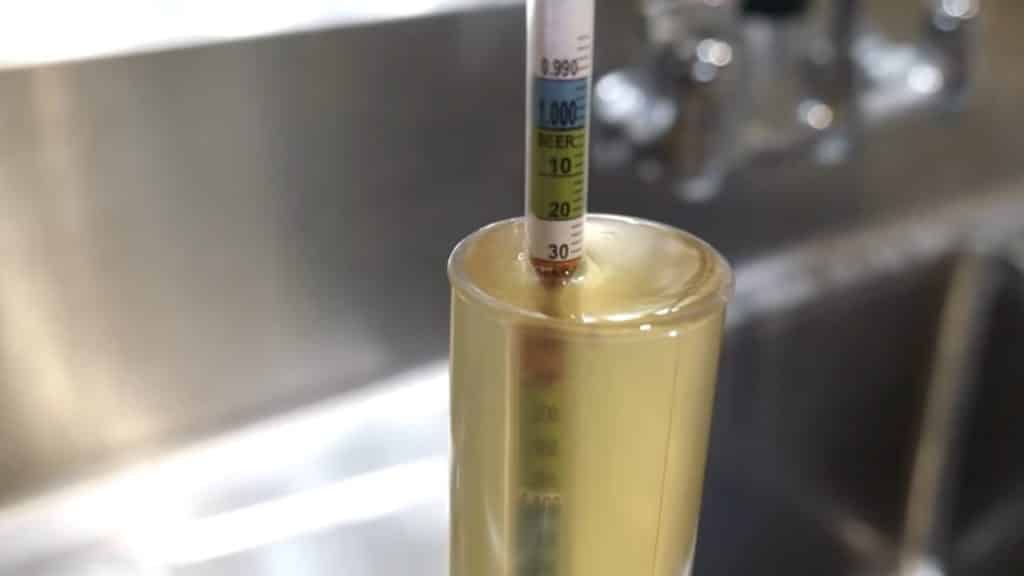 We’ll take a gravity reading. See if we’ve got the mash expected gravity. We’ll just let this cool down a little bit. Otherwise we won’t get to get an accurate reading. Looks like a sample you get it with doctor’s office.

With adjusting for temperature. We have got an a, a mash gravity or a preboiled gravity of 1.046. And we were looking for 1.043. So it looks like the mash went pretty well.

Hops:okay, so the boils starting and this a really simple hops that’s just to two ounces of cascade. And then, uh, in 10 minutes from the end of the boil, we’ll put two more in.

So for batch number one, we’ve got 10 blood oranges. We’re going to ‘zest’ them, remove the fruit from the outside, and then we’re going to sanitize them. Let’s do it.

So we should explain this. A murder scene over here. We tried a few different methods with these blood oranges. We tried zesting them. First of all, this thing was pretty blunt, so that didn’t work out.

But in the end, I think the most effective thing was Richard took a potato peeler to these things and that seemed to get the most skin out. And then just use the spoon to scoop out the insides, trying to leave the whites of the orange in there cause they’re too bitter. But now we’ve got this orange stew, which we now need to add to some hot water to try to sanitize it a little bit.

So the yeast, this is Belgium wit ale yeast WLP 400 putting two in each carboy. We didn’t do a starter, So we just put in more yeast. So that’s it. That’s the end of brew day. 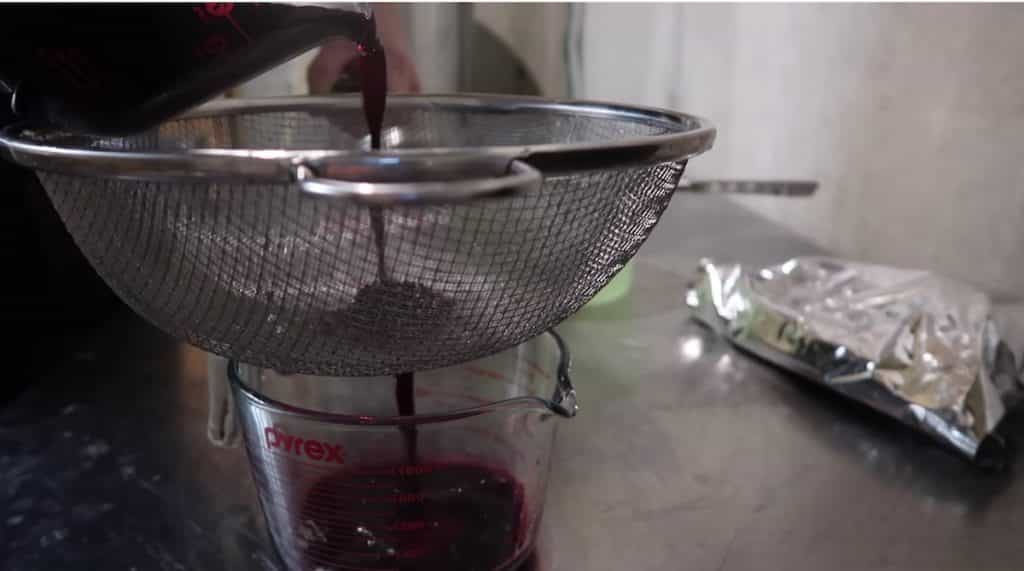 So before we add the tea, let’s take a look at the two beers that we’ve got. We’ve got the blood orange and then just the regular Belgium wit.

Just from appearances, these beers do look kind of identical. The beer on the right is the blood orange and the left is the regular wit. So yeah, while these look very much the same, there’s no doubting that the blood orange in the secondary has certainly imparted some flavor, but really no color.

But somehow I think this hibiscus tea might change that. Okay. Now I think I can tell a difference in color. Can you guess which is which? Gosh, that’s strong. That is strong hibiscus flavor, not entirely unpleasant, but a huge departure from this.

“Fruit of the womb” is great. It’s like a blue moon, but better and stronger. I love this. That’s all I’ve got, but it is a beer.

Did you learn anything email optin code: