Historical Beer that was Almost Ignored

Historical beer is at the top of my list of topics to research more.  There was a particular beer style which was quite popular in the mid 1800s. Many German and Irish immigrants were trying their hardest to reproduce a beer similarly found in their motherland.

Often called a “Common” or “Dark Cream Ale,” Kentucky Common has a storied history, like most beers. This one is special since its roots are right here in America. Robert French of Homebrew Academy first wrote about this style back in 2016. Check out his article here.

The grain bill originally was a mix of protein enriched six-row malt, some corn, and some caramel malts for color. The enzymes from the six-row help to convert the corn. 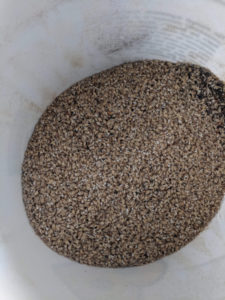 Crushed grains ready to be made into sweet wort.

Since the water in Louisville were more alkaline, the addition to some dark malts were added to help acidify the mash. See water chemistry was even important back then too.

A Quick Beer for the Working Class

Remarkably a Kentucky Common had a grain-to-glass time frame of about six to eight days. Also very interesting, this beer had a price point that made it more affordable to drink.

Where a barrel of stock ale would cost about $12 and a barrel of a lager would be around $8, a barrel of Kentucky Common was only $5 a barrel. Bottom line was that this beer was popular amongst the working class in Kentucky.

The End of a Beer Style

Sadly, all good things must come to an end. Like many historical beer, Kentucky Common did not last. By 1919, Prohibition has caused the decline of all production of this wonderfully crafted beer. Even after the end of Prohibition, the style did not regain its popularity. Thus, ending a historical beer and a tradition of an American craft beer growing in popularity. 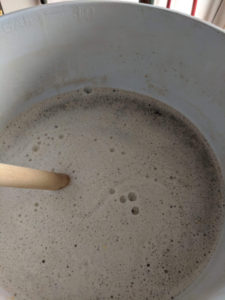 Misperception of the Souring Kind

Thankfully craft brewers have lifted this otherwise unknown style out of obscurity. When craft brewers began inspecting the description to this American crafted beer had a rather sour characteristic.

There was this conjecture that because the state of Kentucky is known for its whiskey and that sour mashing takes place in producing whiskey, then of course producing a Kentucky Common would follow this same process.

There has been no evidence to prove that sour mashing takes place while producing this Dark Cream Ale type beer with a definitive corn flavor. You can read more of what Nick Carr has to say about this style and the souring misconceptions here.

The Rebirth of a Beer Style

Years ago a friend, brewed a Kentucky Common. He remembers this beer was very well-received by many people. He also recollects that he did not like it as much as others. He peeked my interest in this recipe because it contained Rye malt.

Like I’ve said before, I am a big fan of any beer containing Rye Malt. While reading and learning more about this style for this blog entry, I came across Falls City Brewing Co. based out of Louisville, Kentucky. It is great to see American brewers are still connected with the historical beer of yesterday.

FCBC is currently producing a Kentucky Common with Rye. I also knew that a friend from my homebrew club just drove down to Kentucky, like he does so often. After a few text messages, I convinced him to go out and search for this beer. He found it and brought some home. I can’t wait to try it. 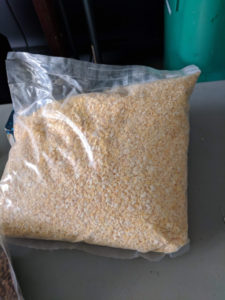 A bag of flaked corn. 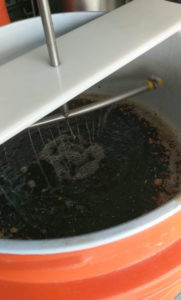 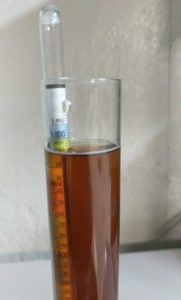