I had a friend was a big baseball player
Back in high school
He could throw that speedball by you
Make you look like a fool boy
Saw him the other night at this roadside bar
I was walking in, he was walking out
We went back inside sat down had a few drinks
But all he kept talking about was [“Glory Days”].

A gifted athlete I once knew

There was a kid I grew up with on the Southwest side of Chicago. He was a three-sport stud in every sense of the word. He was a dominant pitcher in baseball. Talk about being able to “throw the speedball by you.” This kid had an arm.

In football, he was the starting quarterback. He had a pocket presence that was unbelievable. His arm was uncanny.

Basketball was his third sport to complete his Three Sport Letterman status. His jump shot was like nothing I ever saw before.

He was a gifted athlete and an even better person. Over the years Hollywood has portrayed jocks as selfless, shallow, and narcissistic people. He wasn’t any of these things. He was a genuine person. He remembered his roots and where he came from. Even if you were not a popular athlete, he would still make time for you. He would say hello whenever I would see him. He really was a fantastic person.

I promise there’s a beer connection here. Just hang with me. 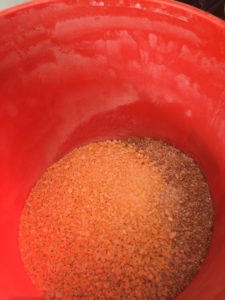 Back in the early 2000’s, I was walking out of a neighborhood bookstore. There was a guy that was coming into the bookstore. At that moment, that split second passing him, I knew I recognized him.

We exchanged glances and I had that feeling like, “Hey I know you, don’t remember exactly, but I know you.” That type of look that sticks with you for a while and makes you think, “How in the heck do I know this guy?” Before this moment, I hadn’t seen him since high school graduation.

Many years past and we drifted apart. This was my Springsteen “Glory Days” moment. As it were, I was walking out and he was walking in, but you get the point.

Fast forward to winter of 2017. I received word that this friend that I went to school with for twelve years, talk to on the phone for most of the fifth grade, got into a fight within the seventh grade to only be friends with him again literally five minutes later, passed away.

I wish I would have “went back inside sat down had a few drinks.” I really regret not talking about those “Glory Days”.

Growing up on the Southwest side of Chicago in the 80s and 90s meant that most people were drinking Miller Lite, that fine Pilsner as my dad still calls it today.

I have had this idea to brew a Pilsner as an homage to my Southside roots for about a year now. So here’s Southside 60629. A way to remember my old friend, Jay. A way to reconnect with my roots of growing up on the Southwest side of Chicago. A way to connect to music that means so much to me and helps me with regret and the pain of losing someone. 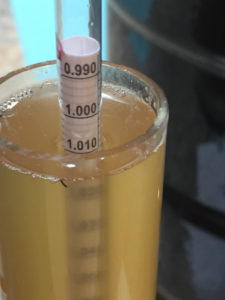 *Due to lack of temperature control 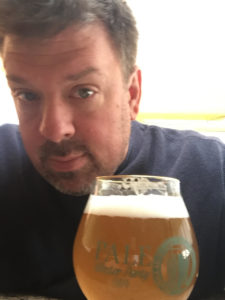 Steve Thanos Bio: I have been teaching 7th grade reading for the past 17 years. I live in Darien, IL with my lovely wife, incredible 7 year old daughter, and awesome 10 year old Boston Terrier. I have been an avid homebrewer for the past 5 years. I am a proud winner of many homebrew competitions still looking for more homebrewing hardware. I am the current Vice President of my homebrew club, Plainfield Ale and Lager Enthusiasts (PALE). I am very interested in the homebrewing community. I am currently blogging for Homebrew Academy and Sommbeer. Finally, I am currently brewing through the 2015 BJCP styles, trying to medal in all categories, and blog about each beer. You can find my writings at Bareknucklesbrewing.wordpress.com