As a long time homebrewer, I sometimes think this whole brewing thing is pretty easy.  That’s until you run into guys as passionate and knowledgable as Firestone Walker’s Jeffers Richardson, Barrelmeister & Barrelworks Director and Jim Crooks (AKA Sour Jim) Master Blender.

It’s truly humbling talking beer with these guys. They are knowledgable, without a doubt, but also more than willing to share it.

I got to spend two uninterrupted hours with these guys and I was totally impressed. 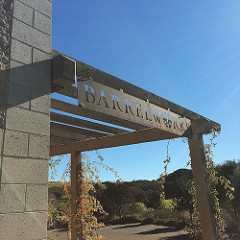 There was way too much information to cram into one post, so I’m going to break up my interview into a few posts. This one will dive into their fairly new wild and sour ale program. In the next post I will share some homebrew tips from these pros.

Firestone Walker is a brewery known for their award winning ales and a tremendous spirit barrel program. Now with a little forgiveness, (we will get to that later) they are building a wild and sour program that is providing some of the highest quality beers in California.

Listening to Jim tell the story of how they (what is now Barrelworks) got started with their sour program is what I think most homebrewers dream of when they start playing with bugs. Two special barrels, a little help from fellow brewers, and a vision.

Jim explained: “In 2006 I took a trip out to New Belgium Brewing to work with Lauren Salazar and a few other departments for a week. What accompanied me back to California were some dregs from one of their 15 or so Foeders at that time. This was put into a French oak wine barrel of freshly filtered and un-carbonated DBA. Definitely brought about the conception of what is now called Agrestic”. 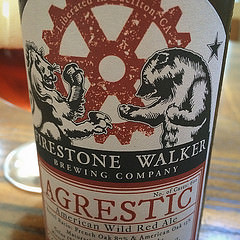 In the second barrel,  “Vinnie Cilurzo (Russian River Brewing Company) sent me down a bunch of oak chips from one of his barrels with Brett on them. All he told me was “this is my Brett I’m using”.

I grew that up in beer, and got that fermenting in a vile, and then a big corny and then dumped that into a barrel. That was pretty much the beginning.”

Robert – 4 or 5 years ago there was a rumor floating around the Beer Community that Matt Brynildson wanted the sour project out of the brewery to eliminate any cross contamination. 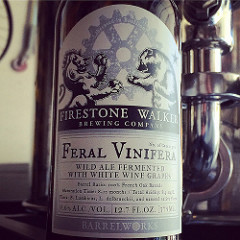 Jim – It was like that, but he started tasting and he liked it. He liked Agrestic. He was like, “Keep doing this.” I kept putting more time into getting cultures and I started using Wyeast and connecting with them and started connecting more with a couple of other people. The group of sour makers was starting to grow at that point.

A bunch of out-of-code Solace came back one summer, late one summer. They were like, “You can have this.” It was enough to fill, I think, 18 barrels

Jim – That was an option. I can use all this out-of-code beer. Then leaky barrels stuff, stuff that was leaking from our union.

Jeffers – It was, “Give us your poor or your huddled masses.”

Jim – From 2007 it was 2 barrels. 2009, probably I’d say, I had 8 barrels going that were still stashed. We were the brewers. We had a sour program. You maybe saw a keg out in the market. It was totally under the radar.

Our sales team didn’t even know about it. Neither did anybody really except for Matt, myself and a couple of brewers. Rumor was that Sour Opal, or a SLOambic keg got out, it was at an event. Someone Facebooked it. Then Adam Firestone’s son heard about it.

Jeffers – He sent in the troops.

Jim – I think that was one of the memories of Adam walking in the lab and asking me, “Do we have a Sour program?” I said, “Yeah. We’ve had one for a couple of years now.” He’s like, “It’s not going to be here though, right?” I’m like, “It kind of is, but no. Whatever you want to do with it.”

He’s like, “I don’t want it in this brewery.” I’m like, okay. Luckily David Walker had been embracing it. He saw what was going on and eventually he was the one making it happen for us in the bigger sense of things. At one point Adam was like, “I’m going to build this brewery. We’re making a mega brewery here. There’s no place for this.”

Jim – That warehouse got cleaned out one day and I came to work and the barrels were just in the street, 20 barrels sitting in the sun, midsummer. That was hitting critical mass. I called Matt. I was like, “We’re done with this.”

For Adam it was just a thorn in his side. David was like, “All right. We can’t do it here. Okay, I’ve got this idea of wanting bring it down to Buelton which we’d never embraced what we’ve built this building for.”

Jeffers – Fast forward to that moment, how I got involved with this is different. I had the appreciation for his wild sour beers because I’d spent time in Belgium and bar tended there. I learned about them.

I’d always liked them, but I had a more classic, more orthodox brewing education where there was no room for that in a brew house. I was never comfortable making it until I ran into Jim. There was a methodology to it. About this time, David and I met. I was doing something else but we were talking about doing something.

We met in Sacramento. He did what he normally … he posed this idea of, “What do you think about this? What do you think about a wild sour program in Buelton.” We’re just chatting and taking notes. I said, “I think that’s an awesome idea.” He said, “How would you like to be involved in it?” That’s how we got thrown together.

Barrelworks was started in 2012. That was when everything jelled, well I should say at least the initial part. It’s still jelling. Early that winter I think was the decision that something was going to happen here. By the end of that year there was a facility ready for barrels to come down, put a little tasting room in. I think the rest was like, “You guys figure it out.”

Robert – The reaction’s been super positive from the public. All your beer sells out. The lines, everybody wants a ticket to the events. Has upper management been surprised by how well it’s been received?

Jeffers – Yes and no. David probably said, “Let’s just open the doors. Let’s just start selling beer and let’s just see what happens” in that sort of, I always called it, a classic British muddling through.

The idea that we were going to have these ticketed events, The Liberation, there was no written plan for that. It evolved. It evolved literally when we introduced Bretta Rose and we had no idea how many people would show up. There was a lineup.

Jeffers – Our horror was that somebody drove 5 hours and we cut it off, “You get it. Sorry, you go home.” That’s when we started to think about how to organize it. The idea was, first we want to make sure anybody who comes is going to get the beer that we have to offer. A lot of things have turned out well.

I think what was really cool, talking about Adam out there ready to throw the beer off the cliff and jump with it. I remember he showed up for Feral One. I remember going out there, the first time there was a line all the way down the road. I took a picture of it. David showed up 10 minutes later. I think, probably for him it was a surprise.

Jeffers – I think David certainly would not have sunk a penny into this if he didn’t think that that something was going to work. I think for Adam, it was like “Wow. This is like our anniversary party. People are willing to come and drink this swill.”

Robert – Still not a fan of it?

Jeffers –  No. It’s not his cup of tea. He recognizes the positives from it. It’s exciting. It creates a lot of buzz. He may not like the beer but he sees that there’s a whole contingency of people who do. What’s come of this is that we are now planning to expand our tasting room, create a little bit more fluff down there, which is going to look awesome.

We’re expanding that way. They’ll now obviously see that this is something that’s worth investing in.

Jim – The size of the room and all the barrels in there is pretty impressive. They now see a place where people come as a destination. To see what a real oak program looks like.

Jeffers – The best way, David put it. He’s like, “This is the Bentley of the Volkswagen group. It’s small hand-made cars. It’s never going to make or break the P&L sheet.” What it does, it’s a very artisanal eccentric facility that draws people in.

Jim – Our sales and marketing team is constantly looking for innovation. The pressure is on the brewers to continue to make something new. The market’s voracious for new products. You see it all the time. I got a call from Matt, saying, “I’m getting a lot of pressure from our marketing guys and the owners to be cutting edge.”

Jeffers: Innovative. We already got it.

Jeffers – The irony is, marketing was against all that. Now they’re embracing it.

Robert –  They’re just waiting for you to let them sell it. You haven’t given them that opportunity yet.

Jim –  We didn’t even talk to them before we did it. It’s one of those things where it’s ask for forgiveness later. That’s the kind of mentoring that I’ve gotten from Matt.

Jeffers – Yeah, you ask for forgiveness.

The best quote of the day “you just ask for forgiveness” I love that motto. 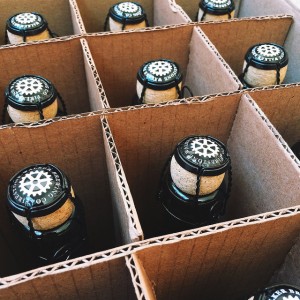 There are big plans, on a small scale, for Barrelworks.  Jeffers shared a few artists renderings for the tasting room…impressive. There are plans to get four of their beers into allocation/limited distribution. This will make many people happy.

Yes, these beers are tough to get, the last release the tickets sold out in 90 seconds. However, the tasting room has an impressive tap list of their released beers, one-offs and a selection of sprit aged beers. This place is totally worth the trip if you are in the area.

If your’re not familiar, the City of Buellton and the surrounding areas are a fantastic SoCal destination away from the big crowds. Wineries, distilleries, breweries and a great food scene.

What’s next for Barrelworks? Well if the past is any representation of the future, I expect some incredible beers from these guys. Keep an eye on the Firestone Walker event page on line, this is a great place to keep up with their upcoming releases. They also do a great job of keeping Facebook and twitter followers updated. 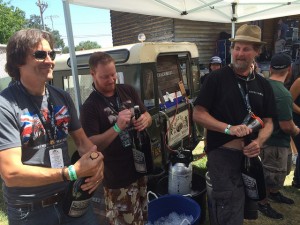 Coming up in a few weeks will be part 2 of my interview where we discuss the barrel aging sours and wild beers for you, the homebrewer. Jeffers and Jim will impart some key pro brewer information that will improve your homebrew.