Inspiration for beers comes in various different forms. A homebrewer can be sitting around drinking a beer and suddenly feel inspired to brew something close to what he/she is currently drinking.

Two Brothers’ Sidekick Extra Pale Ale served as my friend’s Brian’s muse when creating his recipe for The Boss – Pale Ale. New Zealand’s Motueka hops were the intriguing component to Sidekick that got him thinking about this beer and his desire to brew something similar. 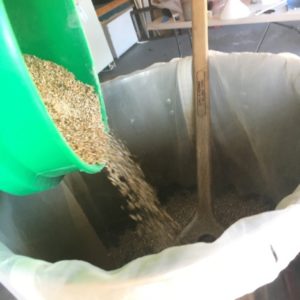 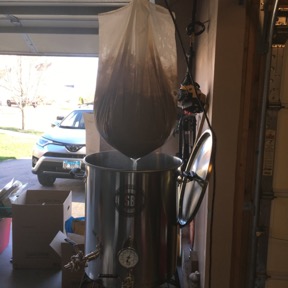 Read the review for BIAB here.

My inspiration for researching these hops came from Julian Healey’s book, The Hop List. Check out his website here, http://www.hopslist.com. This site and book gives extensive information about all things hops.

Motueka hops lend themselves to a very prominent stone fruit, floral, and citrus aroma (mostly lemon and lime). While the flavor tends to side more with floral, spicy/herbal, and tropical fruit notes.

These New Zealand hops were named after the town of Motueka. These duel-use hops were originally known as Belgian Saaz or B Saaz. Motueka was developed by HortReasearch.

The hop bill didn’t just stop with just Motueka. In order to capitalize on more of the citrus notes, Cascade and Citra both joined the party. Citra hops came into brewer’s consciousness back in 2008 by hop breeders, John Haas and Gene Probasco.

Citra’s lineage can be traced back to such hops as Hallertau Mittelfrüh, Tettnanger (US), Brewer’s Gold and East Kent Golding. As the name indicates, Citra boosts a heavy citrus profile. A flavor profile of grapefruit, lime, and tropical fruits allows this hop to have a very pleasant aroma.

Cascade hops, as Healey investigates, make up around 10% of all hop grown in the United States. John Horner and his colleagues at Oregon State University were the first to develop these citrus heavy aroma and flavor hops back in the 1950’s.

Cascade came about by open pollination of the English hop, Fuggle, and the Russian hop variety, Serebrianka. They were first released in 1972 and became the logical choice for American Pale Ales. 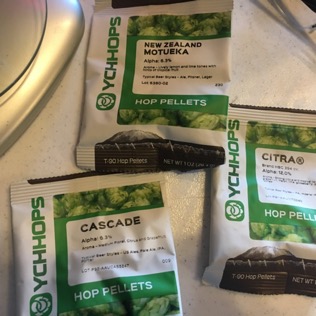 Such a great hop combo here.

The inspiration did not just stop with creating this beer. It continued when naming it too. The beer’s name, Glory Days, really needs no introduction. As Brian and I are both huge Springsteen fans, the name of this beer is really fitting. American Pale Ales are synonymous with summer as well as the 1985 hit by The Boss.

After enjoying this during the summer, Brian readied it for the Chicagoland homebrew competition season and entered it into the Charlie Orr Memorial, hosted by the B.O.S.S. (Brewers of South Suburbia) where it took first place out of 35 entries in the American Ale category.

Winning this category also gave him the bonus prize of having the beer ramped up and brewed at Imperial Oak Brewery later the same year, where it was served as “Brian’s Pale Ale”. 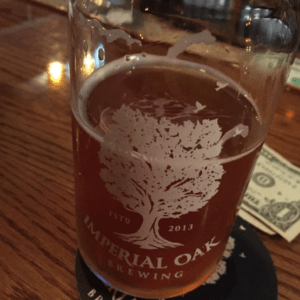 From a homebrewed Pale Ale to a Pale Ale scaled up.