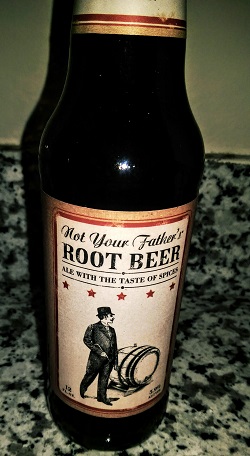 Not Your Fathers Root Beer exploded onto the beer scene earlier this year.

To me the whole thing seemed very strange. Here was this little brewery (Small Town Brewery, Illinois) I had never heard of, and suddenly their Root Beer is popping up everywhere. Knowing the distribution challenges that craft brewers face, something seemed off.

It turns out that Pabst took over distribution for the beer and made it available nationwide — so that explains that.

But there is a little more to the story….

As I don’t care to dwell too much on it, I’ll send you to this article by Don Russell which dives deeper into the ownership situation.

To make a long story short, it appears that there is some sort of a relationship between Small Town and a company called Phusion Projects LLC. Phusion is the company behind a product you may remember: Four Loko.

So there you go.

The beer itself? Hey, I gotta’ give them credit. They set out to make a beer that tastes exactly like Root Beer and they achieved it. If you hand a glass of this to someone and tell them it is normal root beer, there’s a 99% chance they’ll believe you (until the buzz kicks in).

But calling this a beer is a stretch. And calling it a craft beer is an even bigger stretch (especially given the ownership situation).

You won’t find any traces of malt or hops. It fizzes and smells just like soda pop. And it’s just too damn sweet. I mean REALLY sticky, mouth-coatingly sweet. Bleh.

I was craving something hoppy afterwards, and with an empty fridge I had to settle for brushing my teeth instead.

So Small Town gets top marks for making an alcoholic root beer. But just like there are real foods and “food products”, I put this one in the category of an “alcohol product”. It belongs on the same shelf as Mike’s Hard Lemonade and Twisted Tea — not next to real craft beers.

And back to the title for this post; I really meant it when I said I’d rather take my father’s root beer. Because in fact, THE best root beer out there…is DAD’S! 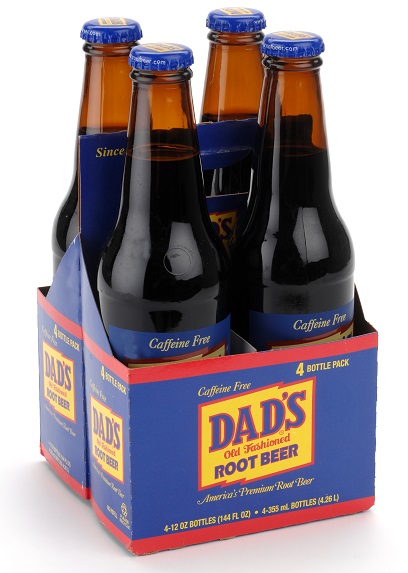 Can I get a hell yea?