It may come as a surprise to all of us craft-beer loving homebrewers (or not) but right now across the country, mead is actually leading the growth of new alcoholic beverages. 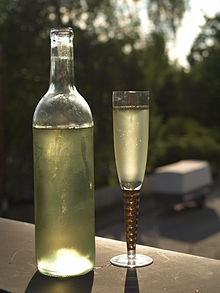 Mead happens to be the oldest fermented beverage on the planet. It predates everything, yes, even beer, with cave drawings of early man enjoying it.

And it’s has been consumed by people of all cultures around the world, across time, from ancient Greece and Egypt, through India, and Africa.

Most people who’ve tried mead have done so at a Renaissance festival.  It is mentioned extensively in the tale “Beowulf” and is often thought of as a medieval beverage.

But there is a resurgence in mead making and appreciation for the drink known as “the nectar of the gods,” and the growth in the number of meaderies producing this ancient drink is outstripping all other alcoholic beverages.

Of course, statistics can be very misleading.  The number of meaderies is tiny compared to other types of breweries.  Recent count showed less than 500.

But, growth is growth.

So what is mead? Basically, it’s similar to wine, but instead of using grapes to ferment and create alcohol, it uses on honey. Here’s how to make mead yourself.

Although some may call it a honey wine, it is really its own beverage and a varied one at that.

Traditionally, it consists of little more than honey, water, and yeast; a spiced mead, called a metheglin; or a fruit-infused mead, known as a melomel; and whether it’s still or carbonated, there are a variety of flavor profiles for every palette.

The biggest meaderies and best mazers (aka mead-makers) can challenge some of the finest wines in terms of flavor and delicacy.

But for the growing numbers of fans, it simply tastes great.

The executive director of the American Mead Makers Association, Vicky Rowe, explained the explosive growth in mead making.  She said a new meadery is opening at an average of one every three days.

Right now there are 412 meaderies in operation in 45 states and more are in the process of opening.

Regulatory hurdles are another problem. As one example, a type of mead known as a braggot is made using both honey and malt, which causes regulators to classify it as a beer, meaning a meadery can’t make it without first having to jump through hoops, such as also possessing a brewer’s license, and designating a portion of their facilities as a brewery when they’re making it.

It’s still dominated by tiny meaderies that got started in garages (like many craft breweries).

But now it’s on the comeback trail, and while long considered the drink of kings, honey-based mead is once again creating a buzz with its meteoric growth.

Do you want to get started making mead?

MoreBeer has a great list of mead making supplies here

I’d love to hear from you, have you tried mead, brewed mead? Got anything else to add?  Leave it in the comments below.