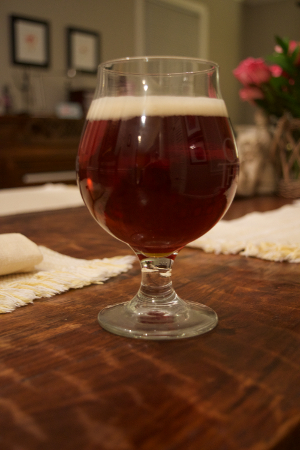 Brewing used to seem like magic to me. It was a mix of expertise and alchemy that seemed unattainable. I assumed that my first all-grain recipe, pulled off the internet, was created by someone with special knowledge. As I looked at the grain bill with over 9 different types of grain, I marveled at the contribution of each grain to the finished beer.

I know now that the recipe I grabbed was a jumbled hodgepodge created by a beginner.

Before I became a brewer, I spent nearly 10-years working in restaurants. I got my first job when I was 13. Prepping seafood, washing dishes, and bussing tables. I eventually worked my way up to Sous Chef in a small fine dining restaurant.

Kitchens are demanding places. The work is hard. The hours are long and the pay is not great. I still loved it.

Most days, I opened the restaurant at 8AM and finished around 11PM. The chef was demanding and exacting. If things were not done right, you heard about it. Sometimes in the form of screaming. Other times as a raised eyebrow and annoyed sigh.

There is little autonomy as a Sous. You are executing the chef’s vision. The one area I was allowed some creativity was the daily batch of focaccia made fresh every morning.

I watched the more experienced Sous Chef make it for a few months before I was given a chance.

My first day making it, I loaded it up with fresh ingredients that arrived that morning — tomatoes, basil, rosemary, shallots, spinach, and olives with pecorino, parmesan, and goat cheese. I thought this was my first step towards a James Beard Award.

I waited excitedly for the Chef to arrive and taste my amazing creation. His reaction was one of derision and general annoyance. I believe his quote at the time was “Why don’t get some mozzarella and pepperoni and we will call ourselves Pizza Hut”.  He didn’t bother tasting it.

My focaccia was served to the staff that day, not customers. The message from the Chef was that my creation was a jumbled, contradictory and shitty mess. He said, “Count the ingredients you used today and cut half them for tomorrow.”

The next day, I started the process over. I prepped my dough. Looked over the best ingredients available and started picking. I used 9 ingredients the day before, that left me with 4 or 5. It was tough to narrow it down. I used olive oil, olive paste, basil, spinach, and parmesan cheese.

I baked and tasted the results. I thought it was the best focaccia ever made.

Again, I waited for the chef. His reaction was more positive, but still, he was annoyed and disappointed. Again, my focaccia was served to the staff.

His question to me on the second day was “What do you think we are trying to accomplish with the focaccia?” I had never considered that before. I just wanted to make something that tasted awesome.

He said, “The focaccia is complimentary. We want our customers to have a little delicious bite to start their meal. It should be simple. The flavors should be uncomplicated. We don’t want to influence their purchases. This is important because it is their first impression.”

With that, he said, “I want you to use 3 ingredients tomorrow. The ingredients should taste good together.  Simple is usually better.”

I started the process over. On the third day, I stared at the vast array of fresh ingredients. There was fennel, many types of mushrooms, all manner of greens and fresh vegetables. There were 5 or 6 cheeses to choose from.

I chose rosemary from a local farm. I added olive oil because it is focaccia and Parmigiano Reggiano from a block that arrived that morning.

When the Chef arrived, he actually tasted the focaccia instead of shaking his head. “Too salty” was all he said as he spit it into the garbage.

What I learned over time, through painful repetition, was that the hardest part of formulating a recipe is editing. With so many great ingredients, the hardest part is choosing what not to use.

Those years in the restaurant had a huge influence on my homebrewing.

Spent grain pizza perfected after a lot of trial and error

Like most brewers, I started with kits and saw mixed results for my first few batches (The Batch 1 and Beyond course didn’t exist back then). No matter the result, I was hooked on brewing.  I read every book I could find. I listened to podcasts.

After a few months, I found myself trying to figure out BIAB. I was quickly on to building a mashtun out of a cooler.  Eventually, I built a 3-tier 20-gallon system.

I had the equipment.  I knew the basics of the process.  I needed a recipe. 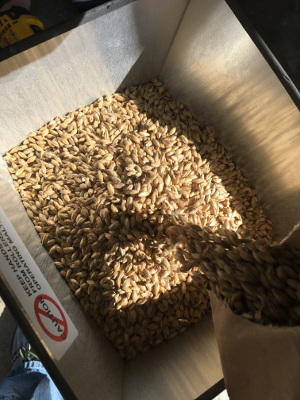 After brewing this for the first time, I was sure it was distilled brilliance (just like the focaccia). I would like to say that this was my first good beer, but the reality is that it was just OK.

I couldn’t wait for people try it.  I noticed pretty quickly that their reactions were more “meh” than “wow.”

I was sick of making bad beer and this recipe set me on a year long quest to finally perfect one beer. With each batch, I faithfully trudged the 20-miles to my local brew store to buy each ingredient.

Just like cooking the focaccia, I brewed and re-brewed the pale ale recipe.  The results were still lacking and I was getting frustrated.

On my fourth attempt, I accidentally left a bag of ingredients sitting at the store. The bag contained carapils, crystal 20, 40 and flaked wheat. There was no way my wife was going to accept adding another hour to my brew day with four-year-old and an infant at home.

I decided to wing it.

My brewday came off without a hitch. The fermentation went well, but I was pretty sure the beer would suck without all of the ingredients. I was surprised after bottling and waiting three weeks for bottle 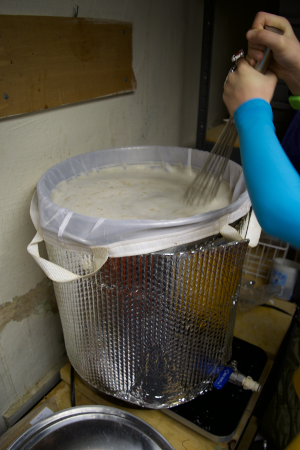 conditioning that the beer seemed to be pretty good.

I tasted the previous batch side by side with the new one. I was pretty sure that the new beer was better.  It was the first time I drank a beer I made and craved another the next day.

As the recipe evolved and simplified, it became better.  It was the same lesson I learned in the kitchen.  As I mastered simplified versions of the recipe, I started creating variations.  I currently still brew 8 different versions:

I formulated this version of the recipe after being asked to brew a beer for a crab party (they are a big deal in Maryland).  I wanted the beer to be drinkable.  Have a wide enough appeal that casual beer drinkers and beer geeks would like it.  It needed to complement crab and Old Bay seasoning.

The Marris Otter replaced American 2-row because I like its distinctive maltiness. The Munich was kept because it adds additional maltiness, but also depth of flavor since it is distinct from the Marris Otter.

I added wheat malt to lighten the beer slightly and improve the quaffability. I think the wheat malt flavor pairs well with the citrus from the hops and fruit. The carapills is to ensure that the head is long lasting without adding an overpowering amount of wheat malt.

I use Nothern Brewer for nearly all of my beers as a bittering hop. It is good neutral hop that is reasonably priced. I buy it in bulk (or grow it).

For the rest of the hops, I picked varieties that bind together and complement citrus flavors. The Citra and Cascade make for a great citrusy hop addition. I kept the IBUs low enough to appeal to a wider audience, but hoppy enough to keep beer geeks happy.

Finally, my secret weapon. I use fresh orange zest in the mash. The recipe calls for 2 oz, but you could certainly add more. I don’t know how the citrus oils survive the boil, but they really come through in the final product.

The beer should ferment out completely and be bone dry. Any sweetness comes from maltiness, not from crystal malt. The beer finishes very clean without cloying sweetness.

One final note, I had to reduce the gravity after serving it the first year of the party.  It was originally 7.2% ABV (1.064 SG).  It was easy drinking without a hint of alcohol.  The Crabby Six snuck up more than one person. I crafted a more sessionable version for the second year.

The single most important thing that improved my skill as a brewer was perfecting one pale ale recipe.  Once I had something good, it was easy to switch things up and try new things.  Whether it was making a citrusy crab beer or an all pilsner session beer variation, I was confident in building upon a solid base.

You can tell a lot about a new brewery by first sampling the most standard beer available.  I usually start with a pale or amber ale.  If they nail it, it is a pretty safe bet that their more adventurous beers will be good too.

Pick a beer style you know and love. Work a little at figuring out how to brew a solid version. Hold off on trying to brew some super creative Sam Calagione beer until you master at least one classic.  Once you master a single recipe or a single style the rest will come a lot easier.