“Hey Bartender, Give me a Real Domestic” 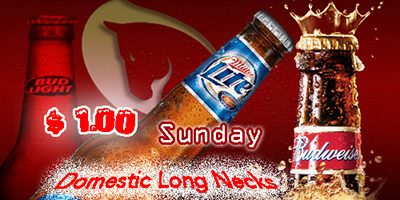 “Does your happy hour special for domestics include Fat Tire?” I asked our waitress.

Before she could speak I already knew the answer. It was a hopeless ritual I was reciting, not an honest question.

The waitress quickly confirmed what I had suspected – domestic beer specials do not include American craft breweries. Furthermore, the beers they do include – Bud Light, Miller Lite, and Coors Light, are all owned by foreign companies.

What is Domestic Beer?

Happy Hours in bars and restaurants across the country are known for their domestic beer specials.

And we know what that means. The light American lagers like Bud and Miller are on sale, so we can unwind after work in pitchers of flavorless beer. Except these beers aren’t American, and that is exactly my beef.

Let’s quickly review the ownership of the Big 3:

So Molson Coors can’t decide on a home but none of these breweries are 100% American companies. And what is the true definition of domestic?

Domestic: of, relating to, or originating within a country and especially one’s own country (Merriam-Webster)

Now I know that I am taking this very literally. In the context of happy hour it means “cheap, light beers are $1.50.” I’m not ignorant enough to think it is a patriotic thing. It’s a money thing. Before craft beer took off in America, you had two categories: domestics and imports, with imports being the exotic and more expensive choice. Bars can afford to discount the cheap beer because it’s cheap for them too.

But times have changed.

Now I like saving money as well as the next guy (not that I would ever buy that piss, but that’s not the point), but I’m also a pretty patriotic guy. And if you offer me a “domestic” beer in America, it better damn well be American. I’m equally passionate about the American craft beer industry, and to not include them in the domestic category, well, that just really grinds my gears.

So here’s a better idea for a bar that wants to set themselves apart from the pack – have a real domestic beer happy hour.

Discount your American Microbrews. Hell, even mark up your macros during those times to encourage this domestic imbibing. It won’t look good on paper, but people will talk, and they will come. Some of the best business ideas come from looking at what your competitor is doing and doing the opposite.

I know I’m looking at a very idealistic future. To be more realistic, let’s just change the friggin’ name. Keep the beers the same, but don’t call it domestic, call it something else. But what?