Are you a beer lover? Are you looking to homebrew your own beer? Did you hear about the decoction mash? We will talk about it in this guide. 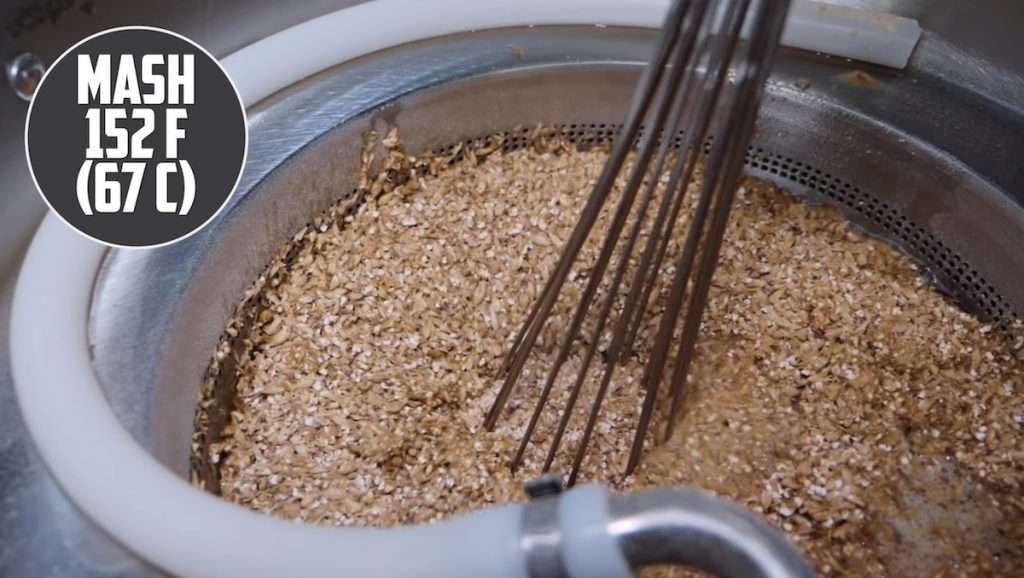 Decoction Mash is a process to carry on multiple steps of mashes without putting on extra water or applying heat to the mash run. This is a method where we extract stuff by boiling some green stuff (herbal or plant) for dissolving the chemicals in it. It might also include some other parts of the plants like stems, roots, rhizomes, and bark.

In this process, one-third amount of the mash will be removed and transferred to a pot. Then, it will be heated to the temperature of conversion. Now, it will be boiled and brought back to the mash tun. The portion that has been removed should be stiff enough and there should be no water surfacing on the top.

We generally say, “the decoction is for old breweries. We can do it, but it’s just not needed.” But no, this is an essential thing to do. When you compare a beer brewed by the decoction mash method and the step infusion method, the beer brewed by the infusion process seems a bit emptier in its taste, its body seems incorrect for the lagers, and also the color changes (yellowish infusion lagers is what you get).

If you follow this decoction mash method, you can prepare the compounds that cause the shimmering golden color to the beer.

Right from the time that we could convert grains, yeast, and water into yum-yum beer, we’ve been fishing for all those paths to move forward on our triumph and develop beers to the most possible extent. The ancients used to brew beer from bread and herbs and we, the modern Homosapien-brewers loved being stuck to a super-refined range of methods in brewing every drop of it, from the mash to the ferment, to the beer bottle.

You probably use a single infusion mash when making a beer through all-grain brewing. That’s alright, but if you’re really desperate to put on some special characteristics to your brewed beer, you better go for this mashing method, that is the decoction mash. It’s a bit more complicated and time taking but hey, it’s absolutely worth it.

Turning into a Pro in the Art of the Decoction Mash

Here is to the overview of decoction mash with its pros and cons by comparing it with other methods. So, you can figure out why old is gold.

Mashing is nothing but soaking the crushed grains (malts) in hot water to alter the starches in the malt and change them into sugars. The specialized proteins called enzymes carry out this process of conversion.

The single infusion mashing is a sort of basic method of mashing where you get to combine the water that is heated with the crushed grains. This process is called “infusion”.

Now, you need to keep the mixture at a constant temperature that’s usually between 148°F and 162°F (64°C and 72°C). For an hour in general, and then rinse it with the recirculated liquid and additional water as well to create wort.

This step infusion mashing is similar to the single infusion mashing, but it involves resting the mash at two or more temperatures at different stages. You can do this by heating the mash directly, or by putting on heated add-ons, or unmalted grains such as corn, oats, and barley.

This is a type of step mashing in which you’ll take away a part of the main mash, cook it separately for a certain period, and then add it back to the main mash. The decoction actually refers to the portion of the mash you’ve removed previously from the main mash.

So, as you might have felt the longing already, this process does take a bit longer time when compared to the other methods. Just because this is a little longer process, it doesn’t mean that you have to avoid this one. It’ll give you such cool benefits like additional flavors and colors along with extra sugars. The wait is worth fo’ sho!

Use of Decoction Mash

By now, your brain might have been struggling to accept the fact that slow and steady wins the race along with some advantages too. Don’t think that you don’t need to put in that extra effort and spend extra time when you can make a tasty beer with a single infusion mash. You’ll never get the same results from the nature of modern grains when you use the single infusion mash instead of the decoction mash method.

The decoction mash was improved in a time when people don’t know how to manipulate enzymes. They only used to work hard and spend so much time to extract every possible bit of fermentable sugar from the grains. For this, they used to let the grains go through multiple boils. Not just single but double and triple decoction methods were also advanced by the brewers (and there were no thermometers) back then.

This time-taking method encourages the grain to give the best of it to produce the best wort possible.