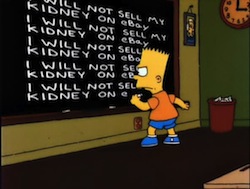 There’s a very naughty word I like to use.

It comes up repeatedly when I’m describing beer. Like, “I get dark fruit up front…”

In my defense, I’m not alone. A search for the term on Beer Advocate yields over 765,000 results.

What’s the problem with it? It’s a terrible way to describe beer! What does it mean anyways? Plums? Raisins? Overly ripe bananas?

All of these are dark fruits and they taste radically different. The term is too vague.

You probably don’t care about this trivial issue, which is good because it means you’re normal.

But I’m doing this BJCP thing and am knee deep in beer tasting. First it was testing for bitterness genes, and now this.

In an effort to become more specific in descibring beer (which I must do in the BJCP exam), I decided to find out what I actually meant when I said “dark fruit.” 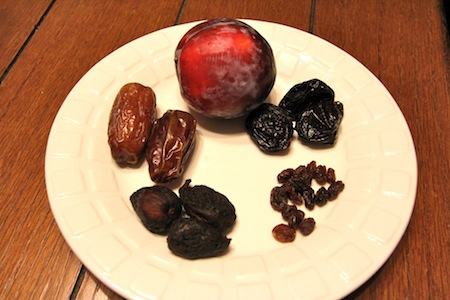 What a beer geek eats for dinner

I found most of my ammunition in the bulk bins at Whole Foods. $5 later I had what I needed:

Eating these side by side revealed how flawed the “dark fruit” comment really is. They’re all very different.

I wish I could offer you advice here and tell you how they taste, but I can’t. This is as granular as it gets. A plum tastes like a damn plum. You need to do the work.

What I can tell you is that I’ve tasted all of these flavors in beer, though not to the same degree. The prune and raisin flavors turn up more than the others. I was mainly reminded of Belgian dubbels and quads while eating these.

So I can’t promise that I’ll never say the D.F. phrase again, but the therapy helped. When I feel it creeping up I’ll stop and think of what I’m really tasting and try to be more specific.

Do you suffer from the “dark fruit” demon?

p.s. Thanks to Gary Vaynerchuck and his video for inspiring this effort.

p.p.s. If you try this tasting, you’ll stay regular for weeks. You’re welcome.

Raised in Virginia, lives in Southern California. He swears he's the only "malt head" in SoCal, the land of hops. Billy is a BJCP judge, award-winning homebrewer, and lover of all things fermented.