Cream Ale, as well as California Common and American pilsner can claim to have indigenous American roots. All three styles began in the 1800s. Just as the English were accustomed to dark(er) beers, Americans did not shy away from beer styles such as porters, stouts, and milds.

As an influx of German migrants came to America in the 1830s escaping military service and seeking money, the wave of beer influence showed its head in America. Just as the Germans were transitioning to lighter colored beers and moving away from the darker styles, Americans were looking for a crisp, thirst-quencher to satisfy after a long day of working.

As the Germans fled to America, as did their vast brewing knowledge. By the 1870s the lagers that the Germans began crafting were outselling ales. The ale brewers had to complete somehow and as the game goes they needed to come up with something new to compete in this now competitive brewing landscape. The answer was a beer that was created with six-row, two-row, and different adjuncts. It was also fermented cooler with either ale or lager yeast, or both. This beer was also aged for a short amount of time at a cooler temperature. What they created was the American Cream Ale.

The aftermath was a kölsch-like beer; light, crisp ale, with a low fruitiness. To assist the brewer’s pockets, these Cream Ales were produced much quicker than any lager. The American drinker responded well to this new style. It found a cozy place with the American beer drinker until Prohibition. Post-prohibition saw the American palate shift toward lagers. Cream Ales never really took off after prohibition. Most commercial versions are now closer to ales and less like the pre-prohibition cream ale style. It is a bridge beer when trying to introduce non-craft beer drinkers into the wonderful world of craft beer.

Straw yellow to medium gold in color. Head will be low to moderate with medium retention. Very clear with high carbonation.

Aroma is rather subtle and balanced between the hops and malt. Malt aroma of sweet corn-like quality ranges from low to slightly moderate. Hop aroma can be floral, herbal, or spicy. Diacetyl may be present in low quantities. May have slight fruity esters.

Body is medium, but usually has a light and crisp quality with high carbonation. Smooth and usually has high attenuation, which creates thirst quenching qualities.

Well attenuated with a low to medium malty sweetness. Hop bitterness is low to moderately low. Light diacetyl may be noticeable along with slight corny flavor. Low fruity esters are also possible. Beer finishes dry to slightly sweet. Hop flavor is low to medium and usually spicy, floral, or herbal.

Tips for Brewing your own Cream Ale Homebrew

The grain bill for a Cream Ale is pretty simple and straightforward. The base malt is usually 2-row or 6-row or a blend of the two. This will make up around 80-90 percent of your grain bill. Pilsner malt, as Martin used, could be substituted without much problem. The rest of the grist will be made up of some adjunct. This adjunct can be flaked maze or simple corn sugar.

With the IBU range being at 20 on the high end, hops really added to balance out the sweet grain. There are some reports that indicate the pre-prohibition Cream Ale was hoppier than today’s Cream Ales. Cluster hops would be the most traditional for both bittering and aroma additions. Any low-alpha hop will do such as: Northern Brewer, Cascade, Crystal, Styrian Golding, Mt. Hood, or Liberty.

If you are using corn sugar, or flaked adjuncts, a single infusion mash will work. Mashing at 150°F(65°C) for 45 minutes to an hour will be just fine. If you are using an adjunct that has not been gelatinized, such as corn grits or anything not malted, flaked, or torrified, doing a cereal mash is your best bet.

If you are using an ale yeast or a lager yeast, fermentation temperatures should be at the bottom of your ale range and upper end of the lager yeast range. This will probably be in the neighborhood of 56-64°F (13-17°C).You can also lager it below 40°F(4°C) for several weeks. This is a beer style that should be consumed fairly quickly, so drink fresh.

Cream Ale By the Numbers 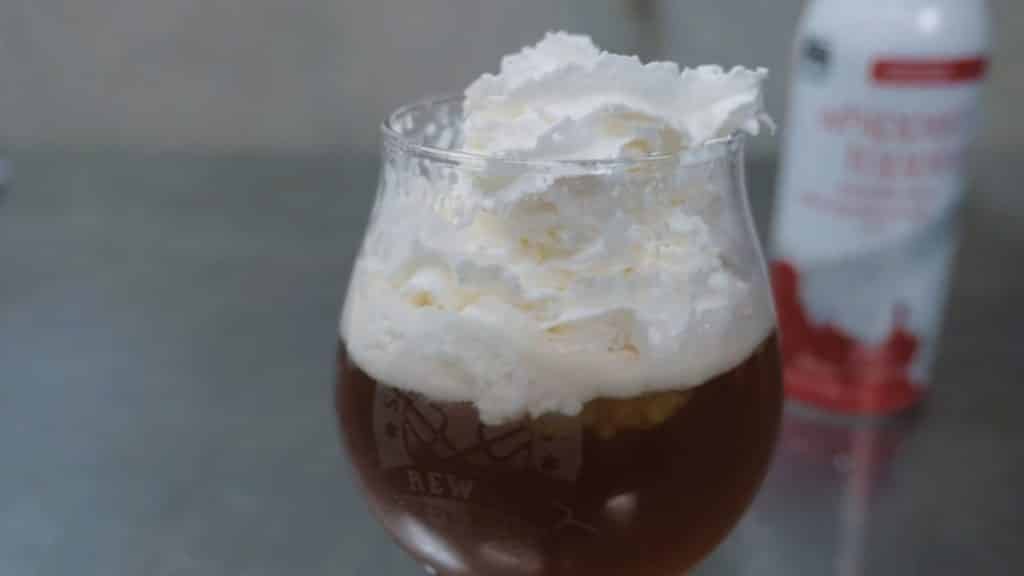 Today I’m brewing a cream ale, a beer that doesn’t contain any cream, and it’s only partially an ale. My trustee BJCP guidelines book tells me that a cream ale is a lawn mower beer, really, but with a bit more flavor character than an American lager.

But what do I know? Fortunately, I know somebody who does! 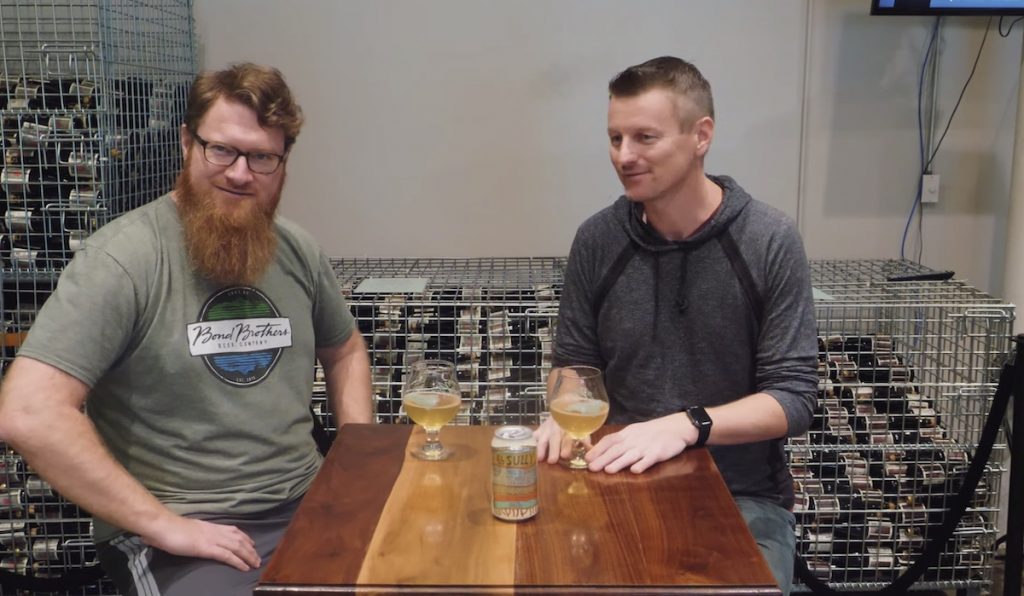 I’m back at bond brothers brewery with a flavor wizard. Yes. That is what my business card says. Flavor Wizard. And we are trying a cream ale. Now that when I asked you about what cream ale to pick out, you kind of picked an interesting choice because this beer EL Sully is labeled as a Mexican lager, but I believe it’s actually what it was as a Cream Ale.

Typically a Cream Ale, you’re looking for it’s sort of a hybrid style. And, um, most of the hybrid’s, uh, that were admitted in America, I guess the two being, uh, California common and Cream Ale, um, are kind of either, they say they’re either a warm fermitted lagers or cultural minute ales, but typically the American versions of light and Amber hybrids are lager yeast.

Um, and so even though this says it is labeled as a Mexican lager, which won a GABF gold a couple of times, I think, and in cream ale.

Right. Well, let’s give it a try. Yeah. Yeah. So basically there’s a, um, there’s a corn sweetness of the aroma. Um, unlike the, uh, light American lager, there’s the flavor to back up that aroma. Um, and it’s also pretty corny. Um, there’s a light kind of verbal novelly hop character going on a little bit of spice, um, and it finishes dry. Um, and it is prettier than say a Corona. So it is on the fruity side of Mexican lager, which is why it sort of fits better in cream ale for a lot of reasons.

Do you ever see cream ale lower than 20 IBUs? Oh yeah. I can go down to like a, I think five or eight is the low end, um, for craft stuff professionally. I like to err on the high side of IBUs use, uh, as long as those don’t make it too bitter, uh, because that’s what people really like go towards.

New brew gadget today for my brew day, I have a 9 amp corded drill to turn my grain mill. I have previously been using my trustee electric drill, um, and the grain mill has burned this thing out. Quite literally. There is smoke coming out of the vents here when I use this. So hoping this is going to give me more power to get the job done. 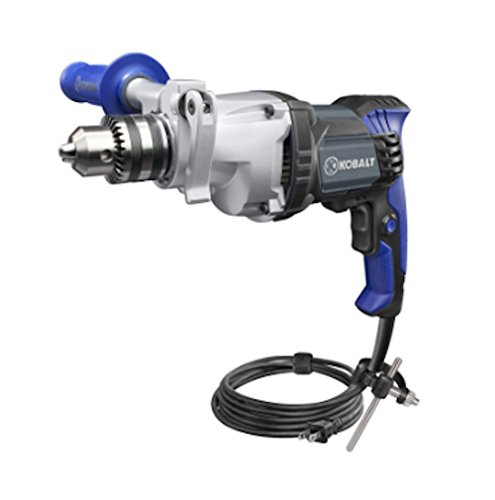 Capable of churning throught the toughest of grains in the rustiest of grain mills.

So the recipe for this one, hold on, let me, yeah, let me consult my notes. Oh yes. 11 pounds of German pilsner. Now that’s all that’s going in the mash. Aren’t you glad I wrote that down?

Alright. 10 minutes left. This is what I’m going to add the sugar. I have got eight ounces of corn sugar here, which we’ll just up the ABV just a little bit. So that’s going to go in, and then I have some more liberty hops. So half an ounce, a liberty hops as you’re going in now, 10 minutes to go. 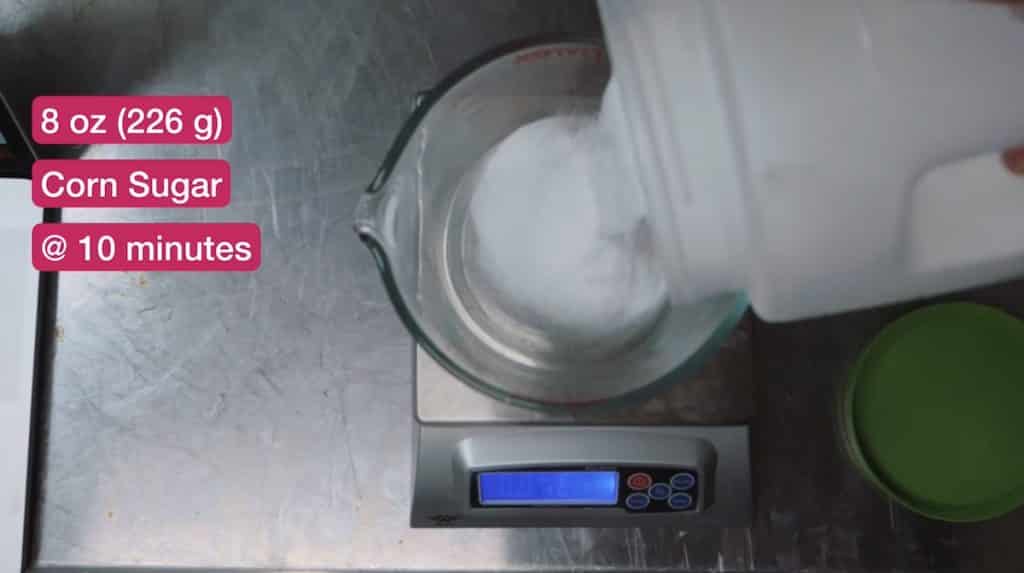 For the yeast for this beer I’m using well a yeast bread, especially for this style that is WLP 080, which is the cream ale blend. And it’s a blend of ale and lager yeast, but it’s intended to be fermented at ale temperatures.

So I’m going to ferment at about 68 Fahrenheit. 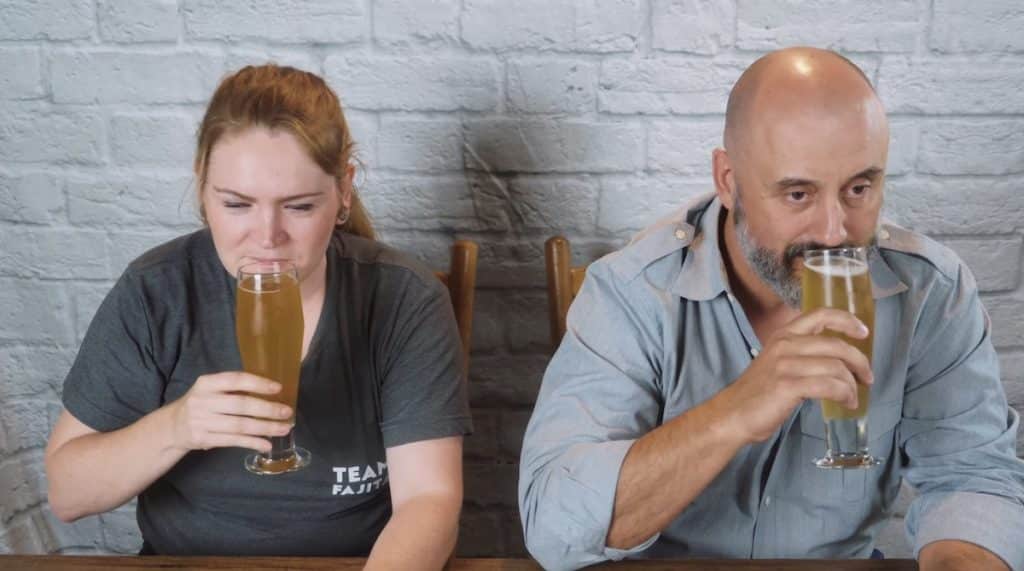 It’s me, Lauren and Hernan. And today we are trying the cream ale. So first thing color It’s on the clearly on the light side. Very faint hops smell. Yeah, I’m going to try it,… Because that’s not very citrusy and this one’s sweet at the beginning.

And then it quickly goes away in is very light. Yeah. This is the easiest sipper too. I like that….Alright. So I think we did pretty good on our test taste.