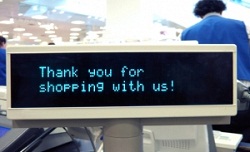 What do you think you would turn up in Google if you searched “iPhone App Developer” 6 years ago?

The same thing would happen if you looked up “Wii accessories” before 2006.

My point is that with the rise of a new product or industry, there are always beneficiaries outside of the primary ones. When it comes to who benefits from craft beer, you think of the main players – breweries, distributors, beer retailers, and consumers.

But there is another type of business that’s been riding on the coattails of popular brands for years – merchandisers. And although beer merchandise has been around almost as long as commercially produced beer, there’s a noticeable shift going on in what that merchandise looks like thanks to craft beer.

A new basket of goods

What comes to mind when you think of Big Beer merchandise?

For me it’s neon signs, Bud frog t-shirts, and koozies.

It usually appeals to the party crowd or sports fans. That’s not a big surprise since those are common areas for Big Beer marketing bucks. White sandy beaches, tailgates, and back yard BBQs are what these brands try to associate themselves with.

Craft beer merchandise, on the other hand, takes on a different theme. The craft and artistry that goes into craft brewing is reflected in these products. There are dozens of craft beer themed shops on Etsy making everything from beer bottle candles to wallets constructed from old 6-packs.

You see much more food products too, which makes sense because craft beer is much more food friendly compared to macro lagers. How much flavor could Coors Light add to a hot sauce?

I for one think it’s a good thing. When you love a beer or brewery you can show it in ways outside of just drinking the beer. With this new wave of merchandise the possibilities are endless.

You guys know my skill (not really) with infograhics so I made another. Enjoy, and let me know in the comments what you think about these craft beer products. Do you like them, or do you prefer your Old Milwaukee can-hat? 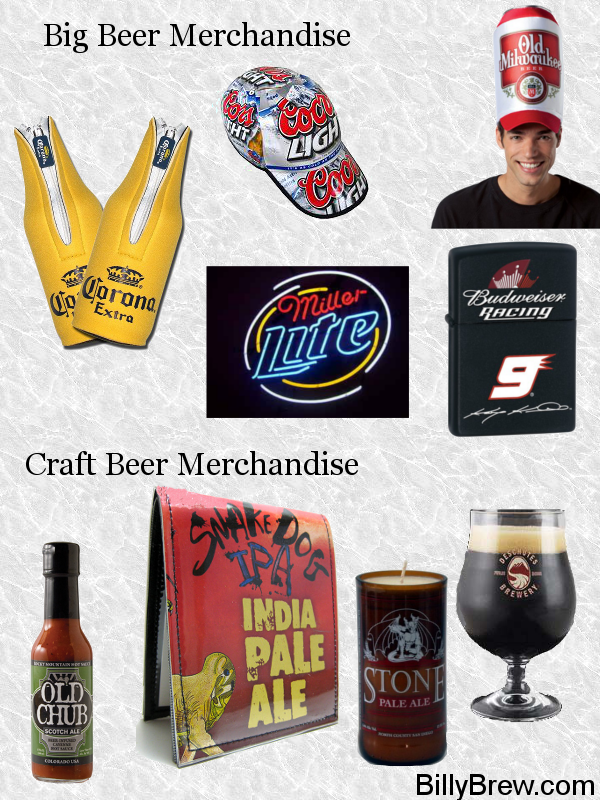