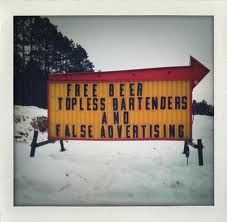 When something is hot, everybody wants to ride its coattails.

There are two recent examples of the term “craft beer” being abused.

The first was at Yankee Stadium this year when the baseball season began. See the picture below. 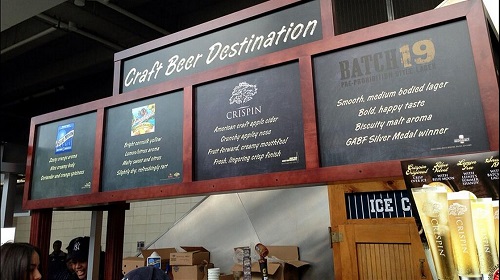 That’s right – a “Craft Beer Destination” with all MillerCoors products. As you can imagine, there was a huge backlash. They eventually changed the name to “Beer Mixology Destination”. It’s a horrible name but it’s an improvement…I guess.

Another example came via a tweet from the Colorado Brewer’s Guild: 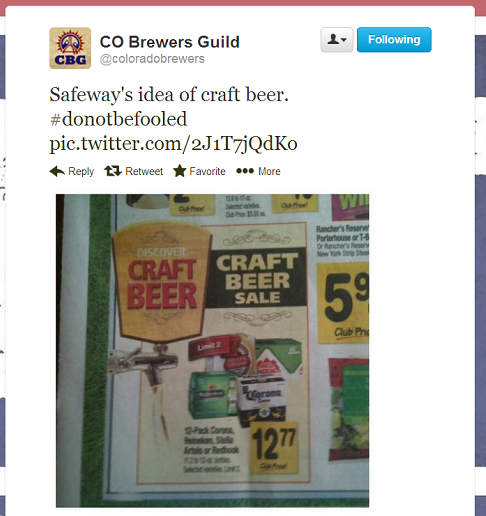 Stella Artois, Redhook, Heineken, and Corona. Not one of them a craft beer. Nice try, Safeway!

This starts to get into the whole craft vs. crafty thing which has been beaten to death. I don’t like the BA’s definition of craft beer, but this blatant false advertising is pathetic. Big brewers and beer vendors are trying to capitalize on craft beer’s success to mislead consumers and justify higher prices.

In my fantasy world there would be no “craft beer”. It would all be beer, and all beer would be good. In the meantime, however, these perpetrators should be called out for their deceptions. It was good to see the backlash at Yankee Stadium and hopefully the embarrassment taught others a lesson.

These are just two examples but I’ve seen many more. I’m sure you have too. Let me know in the comments a time that you saw the term “craft beer” being abused.