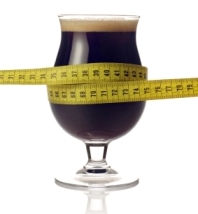 What does the craft beer drinker do when they are trying to lose weight?

Whether you’re trying to fit into the bathing suit, fulfill a New Year’s resolution, or just want to lose the spare tire, craft beer and diet aren’t two words that go together.

We can throw out study after study about how beer is good for us, but let’s face it, if you drink too much craft beer you will get fat. It’s an elephant in the room among beer geeks. Have you had a harder time maintaining your weight after switching to craft beer? I know I have.

Going cold turkey isn’t an option for BillyBrew readers. After all, we need to keep our sanity, and there’s NO WAY IN HELL we’ll compromise and drink that “Low-Carb” swill.

Maybe you’re considering a diet to get things in check. Let’s look at 5 of the more popular diets and see if there is something out there for the craft beer drinker.

In the first two weeks there is no beer allowed whatsoever. Staying under 20 grams per day is near impossible unless you’re only eating meat, cheese, and spinach. Later on in the diet after you’ve seen some results, you could introduce beer but you’ll need to shed carbs elsewhere. Like most low-carb diets, beer isn’t a good fit.

This one wins the award for best name. I’ve been to South Beach and everyone there could have played a Spartan in the movie 300. Like Atkins, The South Beach diet was created by a doctor, Dr. Agatston. The diets themselves are actually similar. 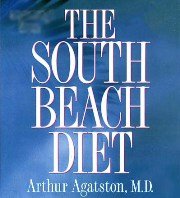 What about beer?
It seem that Dr. Agatston didn’t quite understand beer when he first wrote this. He excluded it, claiming that it’s high in the sugar maltose. As our homebrewing readership knows, wort contains maltose but it is consumed by the yeast during fermentation. Dr. Agatston has since corrected his statement, but any alcohol is still forbidden during the first two weeks. It can be reintroduced later on, though the carb and calorie content need to be watched.

Should we eat like our cave-dwelling ancestors? Dr. Loren Cordain and many others say “yes”. Cordain believes that our genes haven’t adjusted to our diet. Back in our hunter-gatherer days, we ate meat, vegetables, nuts, and the occasional fruit. Then around 10,000 BC when agriculture took hold, our diets shifted to eating a large amount of grain.

Since 12,000 years is a relative drop in the bucket in our evolutionary history, our bodies are more adapt to eating “paleo” food than the grains that make up the majority of the American diet.

What about beer?
This one should be easy to guess. Since beer arose from the advent of agriculture (or maybe the other way around?), it was not on the menu for our club-wielding ancestors. Sure some Paleo dieters are less strict than others so you could go quasi-Paleo and allow beer, but 100% adherence forbids it.

Another version of the Paleo which is much more forgiving is the Primal Blueprint. This is really more of a lifestyle than a diet and incorporates a fitness regimen. Mark Sisson has said that one of his favorite beers is Port Brewing’s Old Viscosity. Go Mark!

What is the Zone? No it’s not this. In this bestselling book it’s described as “feeling alert, refreshed, and full of energy.” The authors believe they have the magical formula of carbs, proteins, and fats being consumed in a 40:30:30 ratio.

What about beer?
The Zoners are reluctant to allow alcohol because of its sugar content, but concede that it can be drunk in moderation. Heavy beer consumption will likely drop you out of the Zone, but it looks like there is some wiggle room with this one, especially since they overestimate the carb content of beer.

Dan! C’mon Marino, you’re a guy’s guy. Certainly YOU allow beer! Nutrisystem is a 12-week program that gets you started on the track of eating healthy by mailing you food, but then it’s up to you to keep it up (we call that “the catch”).

What about beer?
Nutrisystem is the ultimate lazy person’s diet. They tell you exactly what to eat and even give you the food. No thinking, preparing or cooking on your part. While you do supplement the food pouches with fruits and veggies, this diet leaves no room for beer.

So What Do We Do

Drinkers of the yellow fizzy stuff have no problem giving up beer for a diet. I’m sure you’ve heard one of them say “Oh yea, I just drink a glass of wine now instead.” Or even worse, they switch to Michelob Ultra. Don’t even get me started on that..

To the craft beer drinker, these are not available options. We don’t just give up craft beer for wine like we’re switching dry cleaners.

We need to weave craft beer into a fundamentally healthy lifestyle.

I’m not a fan of diets. Fad diets are a marketing machine. These people make billions off selling us nutritional information, yet our country gets fatter and fatter. We’ve all heard the statistic that 95% of people who lose weight on diets put it back on.

Diets are temporary, a quick fix. We need something sustainable. I believe the best approach is a lifestyle change that allows craft beer to be part of it while making healthy food choices and staying active.

I’m by no means a model of fitness and have no qualifications in this area, but it’s my blog so I’m going to give my recommendations anyways:

That’s why I like Michael Pollan’s approach of simplicity, “Eat food, not too much, mostly plants.” The first part is key because he means real food, not the food products that line the grocery store. That means organic fruits, vegetables, and meat that’s been raised humanely and free of hormones and drugs.

Eat real food, stay active, and drink good beer in moderation. That’s the formula I try to stick to, even though I fail horribly sometimes.

What do you think? How does one best balance their love of craft beer with staying healthy?