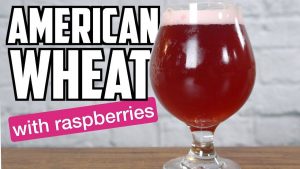 American Wheat Beer is an example of the youthfulness of the American brewing scene. As a brewing ingredient, the history of wheat extends all the way back to the beginning of agriculture. Mostly it has been known to have ties to Germany and Belgium at around 1500. The anti-German sentiment that hovered over America after World War I and the beginning throws of Prohibition ensured that this style would be stomped into the ground. This style was left for dead during the 1800s. Then suddenly the popularity of German culture, including its beer styles, would surface again post World War II. … END_OF_DOCUMENT_TOKEN_TO_BE_REPLACED 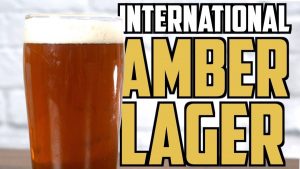 International Amber Lager does not have a storied past like some beer styles. There are no backstories that points to this particular beer being involved in some conspiracy or trade between two kings. Rather it is a style of beer included in the 2015 Beer Judge Certification Program (BJCP) Style Guidelines, along with international pale lager and international dark lager, as a “mechanism to describe a group of beers with similar tastes”, as Gordon Strong suggests. Upon researching this style, I stumbled on some interesting details. Many of the commercial styles do not actually contain the … END_OF_DOCUMENT_TOKEN_TO_BE_REPLACED 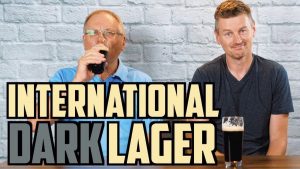 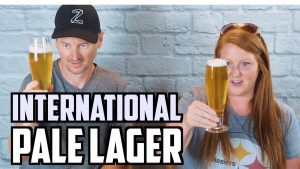 The history of International Pale Lager was not crafted out of ingenuity, but rather out of opportunity. So it was not some truly remarkable beer that was being created, but instead an answer to the American Lager that was crafted in America. After the 21st Amendment was signed, American breweries were moving toward American Lager styles. Due to years of prohibition, the American drinkers were eager to drink what was available to them. Internationally, brewers sensed what was working in America. Brewers from across the pond needed to create their version of this now widely successful beer. … END_OF_DOCUMENT_TOKEN_TO_BE_REPLACED 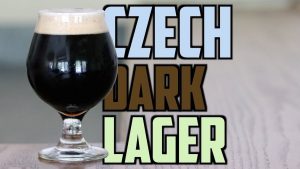 Czech Dark Lager poses a little dark secret. They are the second most popular beer style in the region. pFriem Czech Dark Lager is one of these beers that are ordered several times in pubs throughout the Czech Republic. With aromas of toasted bread, toffee, and dates and notes of chocolate, and caramel on the palate. This tmavé pivo or “dark beer” proves that there’s nothing wrong with being the second most popular.While looking around to see what has been written about Czech Dark Lagers, I decided on a little beer fact list of sorts about the beer loving land that is Czech … END_OF_DOCUMENT_TOKEN_TO_BE_REPLACED 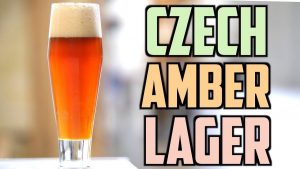 Czech Amber Lager’s descriptors can range from bready and somewhat biscuity to sweet and caramelly. This style can be likened to a Vienna Lager, but with a more Saaz-like hop character or approaching an English bitter, but richer with a deep caramel character. Some breweries make a version of their Czech Amber Lager similar to a Czech Premium Pale Lager but with some darker malt flavor and less hops, while other breweries make their versions with a considerable hop presence and malt complexity. A Czech Amber Lager can be a welcoming beer in the fall or winter months. Style Profile for … END_OF_DOCUMENT_TOKEN_TO_BE_REPLACED 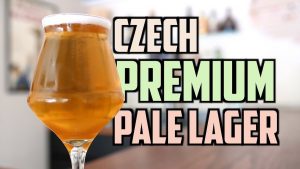 Czech Premium Pale Lager is rich and characterful. It has a significant malt and hop presence and a well rounded lasting finish. This is a beer that exhibits a complex and is quite refreshing. The drinkability of a Czech Premium Pale Lager is really what strikes me the most about this beer. The malt flavor complexity and bitterness makes for a beer that is the essence of what a beer should be. Beer Drinker Evolution As Nick Carr over at Kegerator.com says, “the entire world owes a debt of gratitude to the brewers of Plzen (Pilsen).” As I am researching about Czech beers tonight, I … END_OF_DOCUMENT_TOKEN_TO_BE_REPLACED 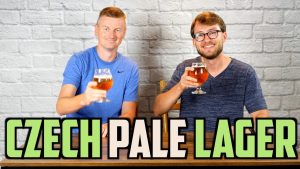 Czech Pale Lager is pale to golden colored sessionable beer. Czech Pale Lagers were developed in the mid-19th century. Gabriel Sedimayr applied techniques he learned about brewing a pale ale back to Spaten Brewery and applied them to existing lagering methods. This approach spread quickly to other brewers, most notably Josef Groll of Bavaria. Czech Lagers vs. German Lagers Czech lagers are usually divided by the gravity readings Czech lagers are in general different from German lagers. German lagers are fully attenuated, while Czech lagers can have a small amount of unfermented malt … END_OF_DOCUMENT_TOKEN_TO_BE_REPLACED 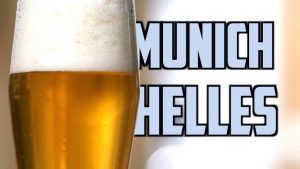 Munich Helles was first brewed out of necessity. It was brewed as a way to compete with other brewers who were developing styles in other parts of Germany. More specifically, Josef Groll, was developing recipes for a new style of beer in Plzeň, Bohemia. This beer Groll developed quickly became the new beer wave all throughout Europe. Many tried to copy this trend as well, except for Bavaria.   Standing Their Ground Bavarian brewers at first turned their noses to this new trend. They stubbornly grabbed their pints of brown dunkles, bocks, and märzens. Here they stood their … END_OF_DOCUMENT_TOKEN_TO_BE_REPLACED 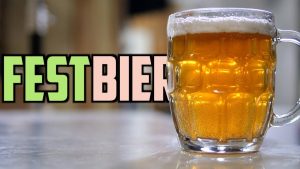 Looking for something different, yet traditional for your next Oktoberfest party? Look no further than to the German Festbier. Even though many think the darker, more malt forward Märzen style is what is served, the Festbier has been the main focus of current Munich Oktoberfest parties. As many beer aficionados already know, the whole Oktoberfest celebrations all started with the marriage between Prince Ludwig of Bavaria and Princess Therese of Saxony Hildburghausen on October 12, 1810. After the great success of that marriage party, these festivities became an annual tradition. Talk about … END_OF_DOCUMENT_TOKEN_TO_BE_REPLACED 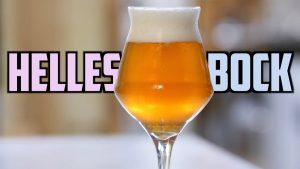 Helles Bock derived from the German town of Einbeck during the Middle Ages. Helles Bock, or Maibock as it is commonly referred to, became popular in the 13th century. The town of Einbock became part of the Hanseatic League. This was an alliance between trading countries from the Baltic Sea to the North Sea and included nearly 200 cities. The alliance helped to protect common economic interests. In order to be a member of the league, a town or city had to provide goods to other towns or cities. In Einbeck’s case, their Helles Bock was the reward for those involved with the Hanseatic … END_OF_DOCUMENT_TOKEN_TO_BE_REPLACED 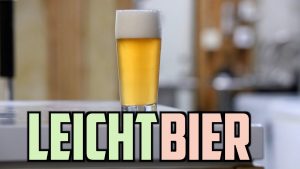 German Leichtbier, pronounced LYESHT-beer, is the German version of the Light American Lager. It was made for the everyday common working man. In the BJCP Guidelines it is noted that a German Leichtbier is marked as a diet beer with lower carbohydrates, alcohol, and calories. Other than that, not much is mentioned on the interwebs about this beer style. To be fair, German Leichtbier and American Light Lager are similar only in color and ABV. German Leichtbier is closer to a German Pilsner due to its surprising bitterness. Not so much in the IBU range, which is only 15 - 28. However, in … END_OF_DOCUMENT_TOKEN_TO_BE_REPLACED 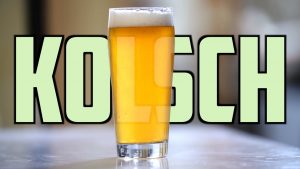 Kölsch beer was first brewed in the city of Cologne, Germany. Beer in Germany is extremely intriguing in that regional specialties reign supreme; from Altbier from Düsseldorf, to German Helles Exportbier from Dortmund, to Rauchbier in Bamberg and Kölsch from Cologne to only name a few. Each region brings about a uniquely brewed beer that has distinctive characteristics specific to that beer style, Kölsch is certainly no different. A blonde colored beer that is approachably hopped with wisps of fruity aroma. It is top fermented, cold-conditioned and is palatable for a wide variety of beer … END_OF_DOCUMENT_TOKEN_TO_BE_REPLACED 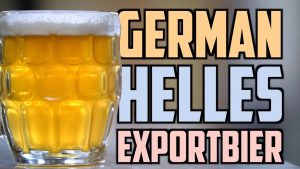 German Helles Exportbier refers to a pale lager beer founded in Dortmund, Germany. This style of German style of brewing might actually be the best example of German brewing. Dortmund is located in northwest Germany on the Ruhr River, similar to Cologne and Dusseldorf both being situated along the Rhine River. The three together form the second largest brewing area in Germany outside of Bavaria. With the people from Cologne being loyal to Kolsch beer and the locals from Dusseldorf showing their allegiance to Altbier, Dortmund loyalists are supporting German Helles Exportbier, or simply … END_OF_DOCUMENT_TOKEN_TO_BE_REPLACED 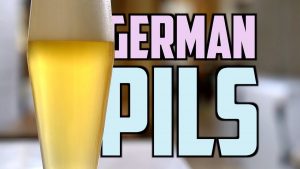 German Pilsner, or “Pils” as it is referred to in Germany, is a beer that is modeled after the famous original pilsner made in Plzeň (Pilsen) in Czech Bohemia (modern day Czech Republic). The creator of the style, Josef Groll, was the first head brewer of Pilsen’s Měš ’tanský Pivovar (Citizens’ Brewery or, in German, Bürgerliches Brauhaus). Pilsen was a town with a very influential German-speaking minority and the beer style that was popular in that area came from a German-owned brewery. German breweries were brewing and selling pilsner beers in the early 1870s, about 30 years after Groll … END_OF_DOCUMENT_TOKEN_TO_BE_REPLACED