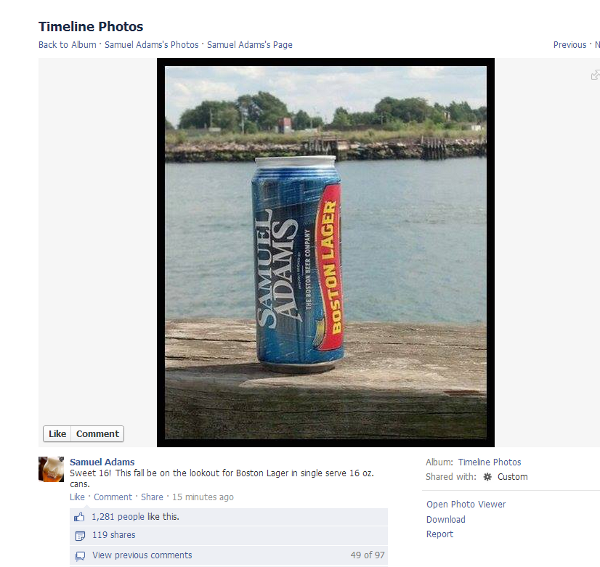 Living in Colorado, you don’t have to convince anyone that good beer can come in a can. When Oskar Blues, Avery, and New Belgium are in your state, you learn this fact at a young age. Even most craft beers drinkers outside of Colorado know that great beers are being put into cans and that’s OK.

But we’re in the minority.

To prove this, you don’t have to look any further than Samuel Adams. This past summer they released their first beer, the iconic Boston Lager, in a can. A quiet few praised them for the move, but a large number of very vocal fans chastised them. You can witness the backlash on their Facebook page anytime they post a picture of their can. See for yourself.

Here are a few chosen comments so you can see what I’m talking about: 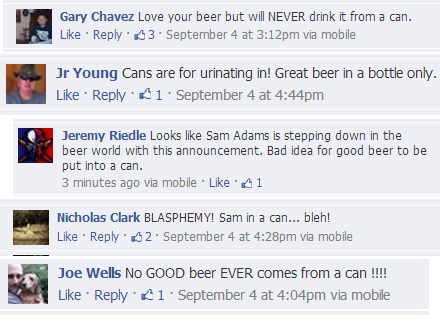 LOTS of people hate the idea of good beer in cans

Like I said, the stigma is alive and well… 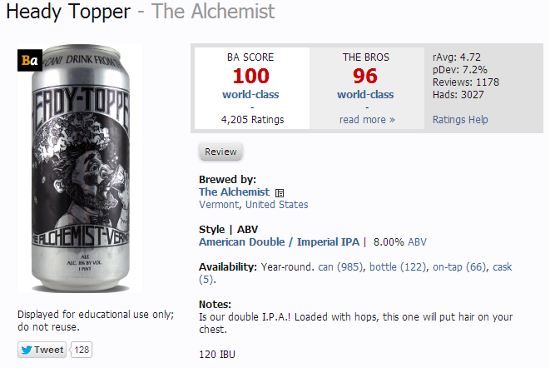 Heady Topper has a 100 rating on Beer Advocate.

Whenever I come into contact with someone who says “Good beer doesn’t come in cans”, I always mention Heady Topper. It’s like taking a machine gun to a knife fight – you can’t lose.

Unfortunately we can’t send a can of Heady Topper to everyone in the country, so this stigma will continue for a while. At least things are going in the right direction. There are more can supporters today than there were yesterday. It still never ceases to amaze me not just how many people are anti-can, but how vehemently against cans they are.

Do you know people who are still very much anti-can?