The following is a guest post from my friend Chris Jensen. He’s been homebrewing for 5 years and works on the National Marketing team at Whole Foods Market. 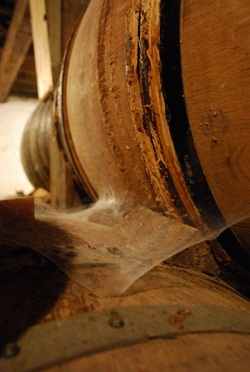 I’ve just returned from a spectacular two-week journey through Belgium, the self-proclaimed Beer Paradise. That moniker is no exaggeration.

Belgian beer culture is likely to make any beer enthusiast a little weak at the knees. According to Brooklyn Brewing’s Garrett Oliver, Belgium has “held onto a greater range of [its] brewing tradition than any other country in the world. ” If one could say that England is the Heart of brewing tradition, and Germany is its purist Mind, then Belgium is most certainly the Soul.

As a homebrewer and lover of beer, I’ve long respected Belgian brewers: I respect their substantial influence on brewers I love here in the US; I respect their tradition of bottle fermentation, which seems more natural and can produce more complex and mature qualities than forced carbonation; and I respect that each brewery has its own specialized glassware designed to highlight its beers’ features.

However, it wasn’t until I tasted my first Rochefort 10 that I truly fell head over heels in love. At that moment I decided I must get to Belgium to witness the tradition that could craft such a fine drinking experience. This May, my wife and I finally made it.

We started at Brasserie Cantillon in Brussels. Cantillon has been producing some of the world’s finest lambics for over a century, relying on “wild” fermentation through an inoculation of wild yeast in the air. Brewing lambics requires a synergy with nature unlike that of any other beer.

After the boil, the brewer runs the hot wort off into a large-but-shallow copper pool (“coolship”) in the attic. The beer cools in this vessel overnight under windows open to the world, exposing it to nearly 200 strains of wild yeast and bacteria that inhabit the brewery and the surrounding environment (the “terroir”). It’s a delicate balance founded on 100+ years of brewing in the same space, and why no two breweries will ever produce the same results. In fact, while exploring a lambic brewery you are likely to discover cobwebs in many of the nooks and crannies, which are not to be touched for risk of disturbing the balance. After inoculating the beer with the wild yeast, it is then fermented and conditioned for 1-3 years, resulting in a delightfully tart, complex beer that can be aged in a cellar for up to 25 years. 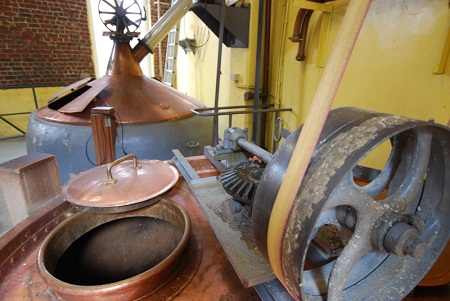 The kettles at Cantillon 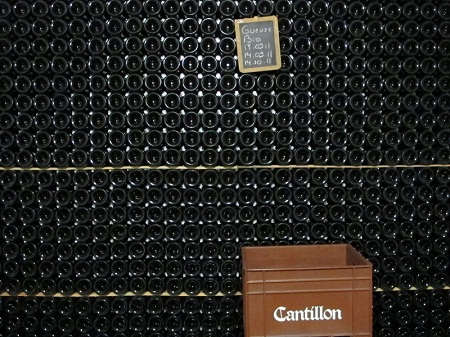 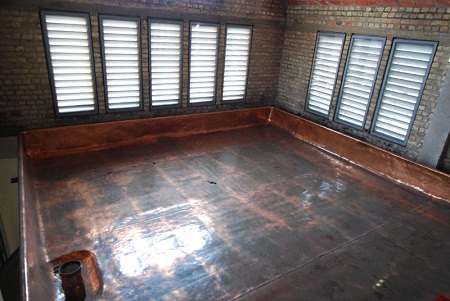 In many ways, this is how beer was brewed for the first 7,000 years of its existence. In fact, it wasn’t until 1860 that Louis Pasteur proved that yeast converts sugars to alcohol in the fermentation process. Prior to that, people thought the process happened by magic. In my opinion, they weren’t far off! Cantillon produces some of the most spectacular lambics and geuze you’ll ever taste, and almost all of them are organic.

We all brew in a Yellow Submarine

Another highlight was our visit to St. Bernardus on brew day. Situated in the famous hop-growing region near Poperinge, the St. Bernardus brewery is surrounded by acres of hop fields, including its own. The old copper brew kettles here were gorgeous: the embodiment of a traditional abbey brew house. I know many an American brewer who would envy such beautiful equipment. However, it was their bottling line that most fascinated me. The brewery collects thousands of used bottles from around the country (most Belgian breweries use the same bottle shape, so they are easily reused). The brewery sends the dirty bottles through what looks like a giant yellow submarine where they are stripped of their labels, cleaned and sanitized before going directly to the bottling station for refilling with fresh beer. As a Green Mission Team Member here at WFM, I was impressed! They have an ample supply of bottles, they can control the cleanliness of the bottles (a must in brewing!) and they save a ton of energy by reusing the bottles instead of sending them off to be melted down for recycling. It’s a shame we don’t have more bottle standardization here! 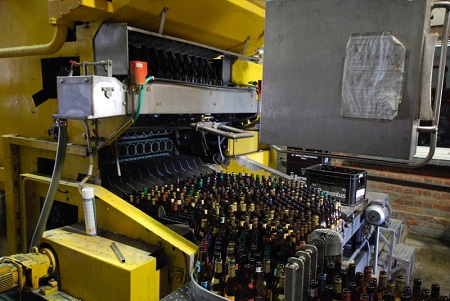 The "Yellow Submarine" at St. Bernardus

Interestingly, though the rich brewing tradition I saw in Belgium was a true delight, the thing that surprised me the most is the appreciation it gave me for American brewing.

I’ve always held American craft brewers in high regard, however I never considered our brewing tradition to be particularly unique (with the exception of certain American tendencies such as “more is better”). However, while touring Belgium I was reminded of how impressive the American brewing landscape really is. Belgium has around 200 breweries serving 450 different beers . The US has well over 2,000 breweries, most with several unique, ever-evolving beers . There is no limit to the styles that American brewers will try, adapting best practices from around the world and often providing their own twist. And that certainly gives American brewing Legs to establish its own brewing tradition.