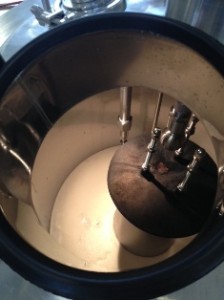 After a week at UC Davis, attending an intense “Introduction to Practical Brewing” class, I can definitely say I got my money’s worth, but that’s all I’m going to say about cost and value. For me, this was the next step, but I can say it would not be for everybody and it is not geared towards homebrewers.

This was class based in science, chemistry and applications. Not about recipe designs, experimental hops or what is the best equipment to buy.

In a nutshell, this class took us from the harvesting of the barley through all the production processes and ending with a consistent product.

Note, I didn’t say award-winning, best in class or most creative. I think it’s safe to say that a successful commercial brewery is making beer that is consistent in flavor and quality and most of all enjoyed by the masses.

Just look at the big “craft brewers” like New Belgium and Sierra Nevada. They both make some great beers, but their success and growth is highly dependent on their flagship beers. Fat Tire and SN Pale Ale may not be my first choice, but I know exactly what I’m going to get when I order one. It’s the success of a flagship beer(s) that will allow a brewery the ability to experiment and test the limits all the while keeping for banks and suppliers happy. This isn’t to say there are not exceptions, but I can’t think of too many breweries that grow as quickly without making some solid flagship beers.

The class was primarily taught Charles Bamforth Ph.D., D.Sc. (a chemist, not a brewer). Besides being of one of the most humorous teachers I have ever had, his style of teaching made each of the 7 hour school days fly by.  The class consisted of 15 students, who came from all over including New Zealand and South Africa. 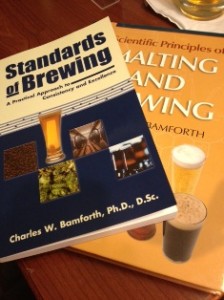 A significant amount of time was spent on how quality and consistency comes from knowing your ingredients first and foremost and then perfecting your procedures and processes giving you the ability to replicate the beers over and over. When it comes to the ingredients, the smaller the brewery the less of a chance at getting the highest quality stuff

Where does it the leave the homebrewer?

I think its safe to say across the board the ingredients are good (enough) quality for a homebrewer, but how they are stored at your local shop and home can make a difference.

A few of the key areas of interest for me were carbonation, flavor stability and clarity along with the testing procedures. There’s a lot more that goes into this than I expected and with this knowledge I now have greater respect for brewers who are dealing with both growth & demand while meeting all the public expectations of a consistent product. All in all, the less money you have for testing and quality control means your quality assurance better be spot on (I hope I got that right Charlie).

Getting our hands dirty

Besides the lectures in classroom we did get some hands-on training: 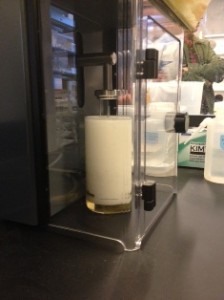 The second day was spent brewing a group brew pale ale on the pilot batch system. This allowed us to get familiar with the brewhouse, along with some of the testing procedures including determining the yeast pitching rate based on viability and pH changes during the fermentation process. The brewhouse has a digital monitoring system that allowed us to track the various stages of the process.

Since the program was only one week, we didn’t really get to see our brew through the end, but we did get to taste on the fourth day of the fermentation. The highlight was the brewing process and not the beer.

Later in the week we toured and tasted at Sudwerk brewery located in Davis. Jay Prahl the Brewmeister guided us through the brewery. Sudwerk has been in operation for 20 over years and specializes in German style lagers. They are also home to the UC Davis Master Brewers Program and White Labs Davis Lab. 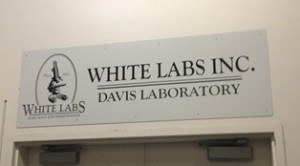 The last day was a ½ day that included an “off flavor” test panel, tasting of the class brew, and a mini bottle share. Not a bad way to end the week.

I had a great time and learned a lot, but the biggest thing I got from the class was not about how great your brewhouse is or creative you are with your recipes. It’s about you as a brewer taking the time to understand your system and maximizing it to meet your demands. This class got me thinking about what it really takes to be a great brewer, and it’s not all about the brew day.