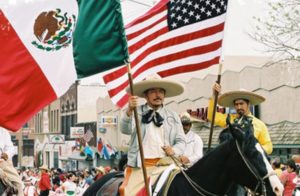 (Editor's Note: Here is the conclusion of The History of Cinco de Mayo and Mexican Beer. You can read Part I here.) With the repeal of Prohibition in 1933, Aztec relocated to San Diego. Strousse briefly left to work for the rival San Diego Brewing Company before founding Tecate in Mexico in 1943, then returning to Aztec before his death a year later. Aztec’s popularity declined following a buyout by Detroit’s Altes Brewing Company in 1948, and later takeover by the National Brewing Company of Baltimore, which folded it in 1953. Aztec would revive in 2008 when t-shirt designer John Webster … END_OF_DOCUMENT_TOKEN_TO_BE_REPLACED 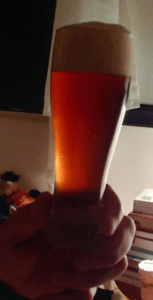 Mexican beers, more commonly marketed as exotic Cervezas, tend to get a bad rap within the craft beer community as poor-quality beverages with slick advertising.   The power of marketing has been, well, so “interesting” of late that these are the only macrobrews in the United States to see increased market share while its mammoth competitors are witnessing declines.   At the same time, it’s unfair to lump together all beers from South of the Border as “cheap” or “pissy.”  Just as the United States brewing scene since the turn of the 21st century has become a museum of rare … END_OF_DOCUMENT_TOKEN_TO_BE_REPLACED 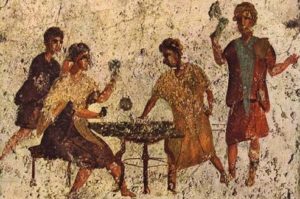 One beloved beverage, so many names.  Walk into a taproom in Germany or The Netherlands and order a Bier.  Go to a brasserie in France or Italy and enjoy a Biere.  Enter a pub in England and ask for a pint of Beer.  Yet if you visit Spain or Portugal, you’ll get funny looks with the B-sounding word unless you request a Cerveza in Barcelona or a Cerveja in Lisbon. Primitive beer making. Source http://www.romeacrosseurope.com/?p=2961#sthash.tasK1K2N.KMd3P7OQ.dpbs Why is the Iberian Peninsula different from the rest of Europe?  And why are there completely different … END_OF_DOCUMENT_TOKEN_TO_BE_REPLACED 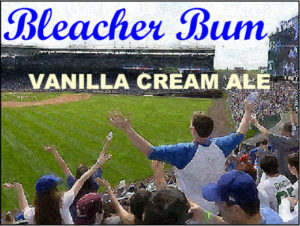 The dog days of August are winding down.  I’m taking my ease at the picnic table on the deck during a sweltering evening, admiring the pale golden hue of homebrewed vanilla cream ale in a tapered pilsner glass, illuminated in the slanted rays of the sunset.  From outdoor speakers come the soothing intonations of a baseball play-by-play broadcaster narrating a game that has just started.  With the first cold sip, my cares suddenly melt away like ice cubes in the humidity as a two-hour escape to the virtual ballpark in my mind begins. Whether it’s at the ballpark, watching from … END_OF_DOCUMENT_TOKEN_TO_BE_REPLACED 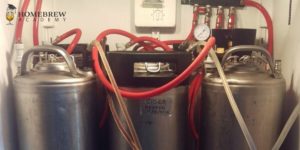 “For a quart of ale is a dish for a king,” an appreciative William Shakespeare wrote in A Winter’s Tale.  And yet – while Bard’s father was an official ale taster, and he enjoyed an occasional pint at The Windmill when not inserting drinking references into his plays – neither Shakespeare nor his characters home brewed. Had Prince Hamlet taken up the hobby when not plotting revenge against his uncle, he would have stared at the carboy of his first completed batch of ale and rhetorically asked: “To keg or not to keg – that is the question.” Why a beginner should consider corny kegs for … END_OF_DOCUMENT_TOKEN_TO_BE_REPLACED